Jesus Medina, a photography student (pictured outside Manchester Crown Court), caused Mrs Crossley to suffer a fractured hip after she was spun round by the full force of the impact

A judge slammed cyclists who ride on pavements as potential ‘killers’ today as he freed a man who ploughed into an elderly woman.

Judge Anthony Cross QC issued the warning as he sentenced Jesus Medina, 24, who knocked over Marlene Crossley, 72, while she was leaving a corner shop in Salford.

Judge Cross said those riding bikes on footpaths posed a ‘serious risk’ to pedestrians and that they would face court and jail if caught.

‘People simply don’t realise when riding their bikes on footpaths they can kill people,’ he said.

He added that people in wheelchairs or parents pushing prams were most at risk of injury.

Medina, a photography student, caused Mrs Crossley to suffer a fractured hip after she was spun round by the full force of the impact.

Despite surgery, the court heard she had not fully recovered full mobility and struggles to sleep.

Medina, from Fallowfield, Manchester, was facing up two years jail after admitting an offence under the obscure Victorian law of ‘causing harm by wanton and furious driving’.

But he was instead ordered to complete 40 hours unpaid work and pay £750 compensation after the court heard he stayed at the scene to comfort the victim.

He also kept in touch with her family to check on her wellbeing and offered to do odd jobs for her husband whilst she was in hospital.

Passing sentence Judge Cross said: ‘He gets great credit from me as a significant number of people would have ridden away knowing they were facing trouble.

‘If he had any convictions of the same sort I would be considering an immediate custodial sentence.

‘Anybody who lives and works in this city and has a need to go on Market Street frequently sees cyclists riding down at speed that area.

‘Apply a risk test those people are liable for prosecution should any injury be caused to a pedestrian which will see them in the crown court at Manchester — if, of course, they are apprehended.

‘It’s obvious from circumstances here that anybody can suffer serious bodily harm particularly men and women pushing pushchairs or those in wheelchairs.

‘It’s quite obvious there’s a real risk of serious injury caused by people cycling in pedestrian areas in this city.’ 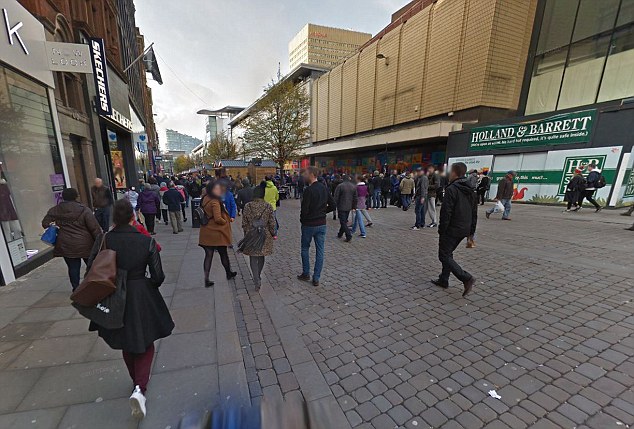 ‘People simply don’t realise when riding their bikes on footpaths they can kill people. It’s obvious that there are real, dangers inherent in anybody riding their bicycle on a pavement the risks to members of the public should not be ignored.

‘Here though there are a number of features which distinguish this case from others which are obvious to anybody who walked about this city.’

The incident occurred on August 21 last year after Mrs Crossley left her home in Salford to go shopping for her husband.

Simon Barrett prosecuting: ‘At 11.30am she had been in the shop for about five minutes and left through the front door.

‘She recalls she was still on the step and hadn’t stepped on to the pavement and was aware a passing cyclist struck her.

‘She felt impact to her upper right leg causing her immediate pain causing her to pirouette and fall on the floor. She was clearly seriously injured.

‘An off duty paramedic, members of the public and a doctor came to assist her but it was clear she was in pain.

‘The paramedics straightened her leg and took her to hospital but her right hip had been broken and she needed a hip replacement which was successfully conducted the next day.

Mr Barrett added: ‘Mr Medina remained at the scene and expressed concern for the welfare of Mrs Crossley.

‘He provided details to the police and was later reported for the offence.

‘She was initially reluctant to provide a victim personal statement due to the fact she knows this defendant showed remorse he kept in touch with the family and volunteered to carry out odd jobs for her husband.

‘She says she believes the defendant has shown genuine remorse for his actions and genuine concern for her welfare after the collision.

‘She says by this stage she had regained about 70 per cent of mobility but still had problems sleeping.

‘She is anxious when walking not to fall or trip over. She is still not able to put on her socks which she finds annoying.

‘There’s no evidence of speed but he was riding along the pavement and struck a lady who had not stepped on to the pavement.

‘If he’s on the pavement driving in such a way close to the front of this shop that he struck somebody causing that injury then he’s been reckless in the way that he cycled, at speed or in a way causing this to happen.’

In a statement Mrs Crossley said: ‘I believe he has shown genuine remorse for his actions on that day and genuine concern for my welfare after the collision.

‘I hope any court appearance and subsequent sanction against him will serve to remind him of his own actions.’

CYCLIST WAS JAILED FOR KILLING  MOTHER-OF-TWO 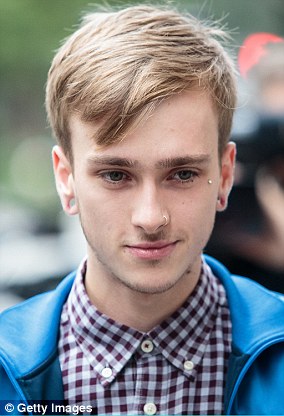 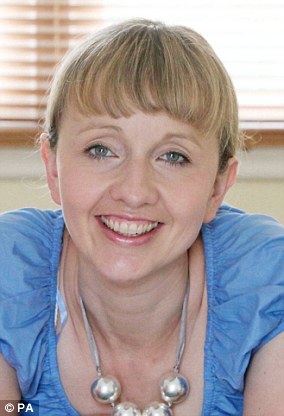 Charlie Alliston, 20, was travelling at 18mph on an illegal Olympic-style bike with no front brakes when he crashed into 44-year-old Kim Briggs as she crossed the road on her lunch break.

Mrs Briggs suffered catastrophic head injuries in the collision and died in hospital a week later.

Jurors took more than 12 hours to clear Alliston of manslaughter but convict him of a lesser offence of causing bodily harm by wanton and furious driving.

The archaic piece of legislation is from the 19th Century used to prosecute horse and carriage drivers, and carries a maximum sentence of two years in jail, under the 1861 Offences Against the Person Act.

In mitigation defence lawyer Jane Miller, said: ‘It’s disappointing Mr Medina finds himself in the position he does today it’s because of his own actions driving into work.

‘The speed limit has been reduced to 20mph on that road and the shop is very close to the pavement.

‘There’s probably two or so flags outside the shop before you get to the road surface.

‘There’s also metal bollards and that’s why he couldn’t swerve. There are people still riding on the footpath today.

‘The situation that Mr Medina finds himself in now is one other cyclists could find themselves in, facing up to two years imprisonment.

‘Mr Medina is genuinely remorseful for his actions.’

‘It would appear that he remained for about 15 minutes and gave details to the police and he maintained contact with Mrs Crossley’s husband.

‘He would have met Mrs Crossley to apologise to her face to face had she felt that was appropriate.

‘At the time he lived in Salford but was about to move to South Manchester. He had the foresight to give the police the address he was moving to.’

‘He appreciates the significance of his actions he didn’t then. He has saved up £500 which he will be able to pay by offer or compensation to the complainant.

‘He has housing costs and he is studying in photography and wishes to take that further.’

Earlier this month the Department of Transport said it was considering a report that could see cyclists involved in fatal accident charged similarly to motorists.

The inquiry was announced after 44-year-old mother-of-two Kim Briggs was knocked over and killed by a bicycle courier.

Last year a bicycle-hire scheme – similar to London’s ‘Boris Bikes’ – was launched in Manchester with a China-based company bringing 1,000 bicycles as part of plans to expand into European cities.

Why are tougher sentences being proposed for reckless cyclists?

Tougher jail sentences for reckless cyclists have moved closer after a report concluded existing laws are far too lenient.

There is a ‘persuasive case’ for a dangerous cycling law to bring cycling in line with driving offences, according to an independent review published by the Department for Transport today.

The offence of causing death by dangerous driving carries a maximum jail sentence of 14 years, and the Government wants to increase this to life. Currently, however, the offence applies only to ‘mechanically propelled’ vehicles, so does not include bicycles.

Instead, cyclists are covered by an outdated law introduced in 1861 to prosecute horse-drawn carriage drivers who cause bodily harm by ‘wanton or furious driving’. This carries a maximum jail sentence of just two years and had not been used against a cyclist until last year.

Like motorists, cyclists can theoretically be prosecuted for manslaughter. But the review, by transport law expert Laura Thomas from Birketts Solicitors, concluded juries were ‘slow to convict in “motor manslaughter” cases, let alone cases involving cyclists’.

She said the ‘use of a historic offence aimed at carriage driving does not fit with the modern approach to road safety’. And she added that the maximum jail sentence of two years was too lenient.

The review of the law came after the case of 20-year-old cyclist Charlie Alliston.

He was jailed for 18 months last September for knocking over and killing 44-year-old Kim Briggs as he sped through east London on a bike with no front brakes.

Alliston was found guilty of causing bodily harm by ‘wanton and furious driving’. Last night Matt Briggs – the widower of Mrs Briggs – urged ministers to follow the advice of the independent report.

The father of two from Lewisham, south-east London, told the Daily Mail: ‘I do not want another family to suffer the consequences of hopelessly inadequate and outdated legislation with the delays and confusion that compounded our grief after the tragedy of losing Kim.’