The resident judge, who draws £151,497-a-year, has agreed to step down while the independent Judicial Conduct Investigations Office (JCIO) investigates, reports The Sun. 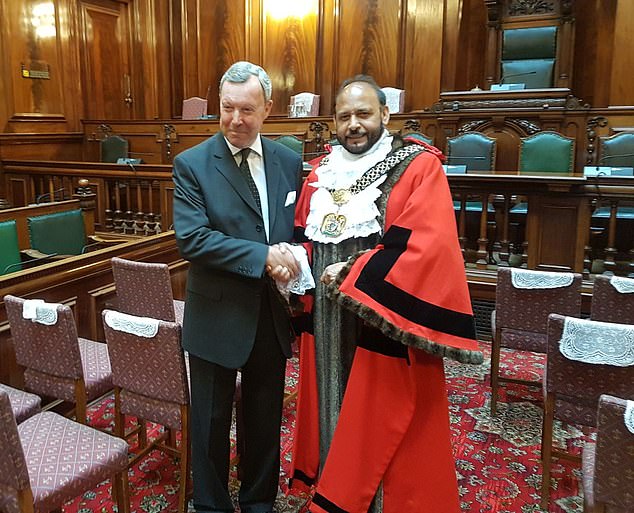 The investigation is expected to focus on whether he breached standards by sending the explicit messages and images to the woman. Pictured: Judge Hall QC shaking hands with the Honorary Recorder of Bradford

The investigation is expected to focus on whether he breached standards by sending the explicit messages and images to the woman.

She has reportedly moved into his home in Keighley, West Yorkshire, causing their relationship to escalate.

Judge Durham-Hall was found guilty of misconduct in April 2017 after he offered to pay the court fine of a teenager who stabbed her paedophile abuser.

A spokesman for the JCIO said at the time: ‘Judge Durham-Hall stated that he would pay the victim surcharge himself if the defendant were forced to pay.

‘The Lord Chancellor and the Lord Chief Justice considered this failed to demonstrate impartiality, and that this comment amounted to misconduct.’

They issued him with ‘formal advice’, the lowest sanction possible. The 15-year-old had been sentenced to a two-year youth rehabilitation order after admitting attacking the man. 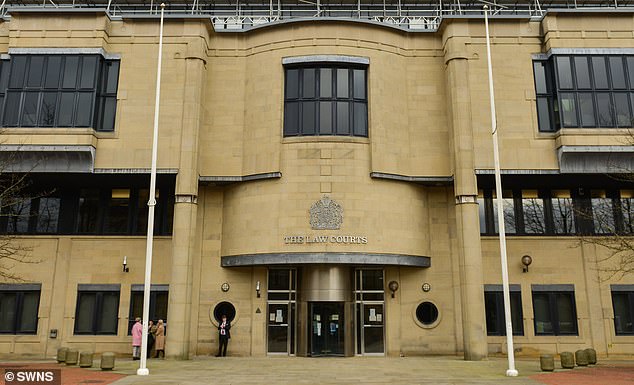 He reportedly met the woman at Bradford Crown court, where he works as a resident judge

The judge oversaw the jailing of X factor star Danny Tetley for nine years last month after he was found guilty of sexually exploiting teenage boys.

A spokesman for the judge told The Sun he had ‘no professional working relationship’ with the women.

‘It would not be appropriate for us or the judge to prejudice that investigation. The judge has agreed not to sit pending the outcome of the JCIO investigation.’