Mark Glew, 22, outside Swindon Crown Court today, where he was given a one month conditional discharge

A judge today issued a stark warning over WhatsApp after a rugby coach was caught with extreme animal pornography automatically downloaded from his team chat.

Mark Glew, 22, joined the WhatsApp group so he could keep up to date with details of matches and other events.

But one of the other players uploaded explicit files, including bestiality involving a snake, and Glew was charged when police confiscated his phone.

He was the only one of 44 people in the group to be prosecuted.

However Judge Robert Pawson questioned whether it was in the public interest to prosecute Glew and instead gave him a one month conditional discharge.

The judge said: ‘It seems to me appearing in the crown court for a matter like this is a sledgehammer to crack a very small nut.

‘One does wonder whether or not it is in the public interest to charge you.’

Glew was arrested in Wiltshire in November 2017 for another matter – which was eventually dropped – and police confiscated his phone.

Mark Ashley, prosecuting, told the at Swindon Crown Court that detectives found the offending material among thousands of files on the device.

Glew had ten movies and two images of ‘consenting adults’ engaging in sex acts with animals, including a snake, as well as sadomasochism.

Carl Buckley, defending, said Glew had been working as a rugby and cricket coach at the time of his arrest and had lost his job as a result of the conviction.

Glew wept in the dock as his barrister explained how the matter had also impacted his family, including his 16-year-old brother. 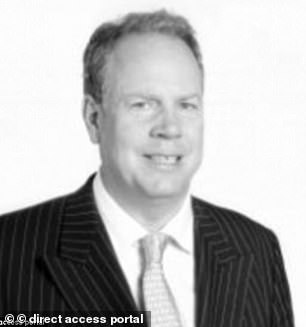 Passing sentence the judge said: ‘The images, and I don’t seek to downplay the seriousness of them, not only are they immoral but they are illegal to download, distribute of possess.

‘For various public policy reasons they are illegal. Anyone who saw them would probably have a sharp intake of breath and wonder if they were illegal.

‘There is no suggestion there were any children involved. Had there been that would be a wholly different matter.

‘One suspects that images such as these are probably widely available and probably wrongly distributed among WhatsApp groups throughout the country, perhaps out of some misplaced bravado or humour.’

He said the case had taken 18 months to come to court despite the defendant admitting having the images in interview, saying he didn’t realise they were illegal.

As a result of the one year conditional discharge Glew will not be required to register as a sex offender.