Judge who gave a boy, 16, leniency in a rape case because he is ‘from a good family’ resigns

The New Jersey judge who recommended leniency for a 16-year-old boy accused of rape at an alcohol-fueled pajama party because he came from a ‘good family’ has decided to step down, officials said.

James Troiano, 69, refused to allow the teenager to be tried in adult court, saying the claims were not a ‘traditional case of rape’ and that the boy had not shown ‘calculation or cruelty’.

The state Supreme Court granted the Monmouth County judge’s request to resign on Wednesday and terminated his services effective immediately.

Troiano made his controversial comments in a 2018 ruling on the case involving the teenager, who allegedly filmed himself raping a 16-year-old girl in a darkened room in 2017, then shared the footage with friends, captioned: ‘When your first time having sex was rape’. 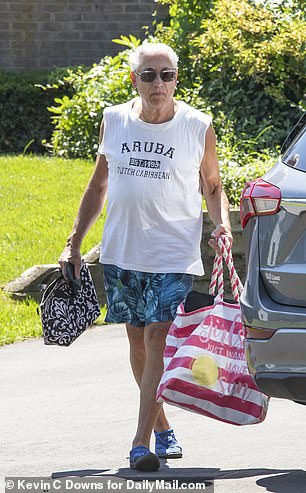 James Troiano, 69, a Monmouth County judge who refused to try a 16-year-old boy who was accused of rape as an adult because he comes from a ‘good family’, has decided to step down 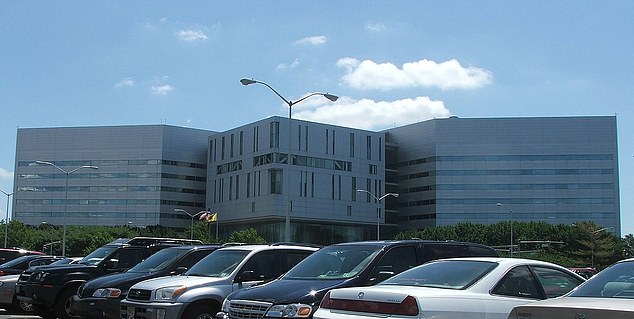 The retired judge, who was asked to fill vacancies on the bench, complained that the alleged victim had not been told about the ‘devastating effect’ that a full adult trial would have on the boy.

‘This young man comes from a good family who put him into an excellent school where he was doing extremely well,’ the judge said at the time.

‘He is clearly a candidate for not just college but probably for a good college.’

Troiano also appeared to question the girl’s level of intoxication.

An appeals court sharply criticized and overturned his decision in June, saying he showed bias toward affluent teenagers.

When Troiano’s comments became public in the appeals court’s 14-page ruling in early July, he was inundated with calls to resign and even death threats, with some calling him a ‘bigot’ and a ‘detriment to this country’.

A protest was also held outside the Monmouth County courthouse where the judge had made the ruling.

Advocates for sexual assault victims saw his stance as emblematic of a legal system bogged down in bias and privilege.

Troiano refused to allow the teenager to be tried in adult court, saying the claims were not a ‘traditional case of rape’ and that the boy had not shown ‘calculation or cruelty’

The teen allegedly filmed himself raping with the girl in a darkened room, then shared the footage with friends, sending a text saying: ‘When your first time having sex was rape’

‘The comments were victim-blaming and a manifestation of the fears that many survivors have when deciding how they want to proceed in the aftermath of an assault,’ the New Jersey Coalition Against Sexual Assault said in a statement last week.

A second judge was also removed from the bench this week.

The Supreme Court said it will begin removal proceedings for Judge John F. Russo, who asked a rape victim in 2016 if she had closed her legs to try to prevent her alleged assault.

Russo — who is also reportedly facing a sexual harassment suit from his former law clerk — has been suspended without pay and has until until Aug. 19 to offer evidence proving why he should keep his position. 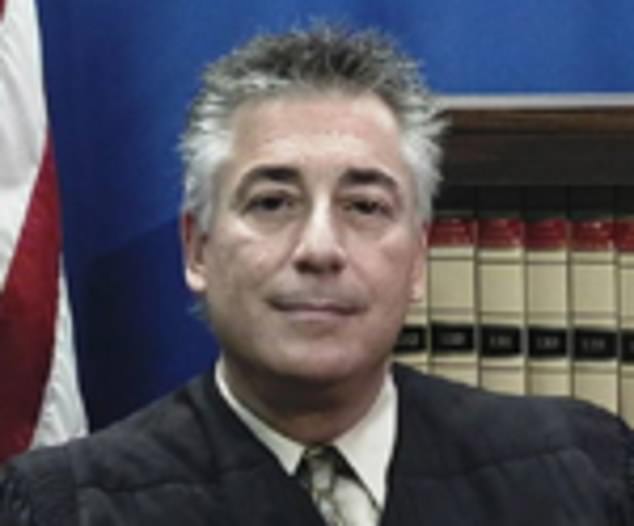 Troiano, seen in an older photo, was inundated with calls to resign and even death threats after his insensitive comments were made public in July 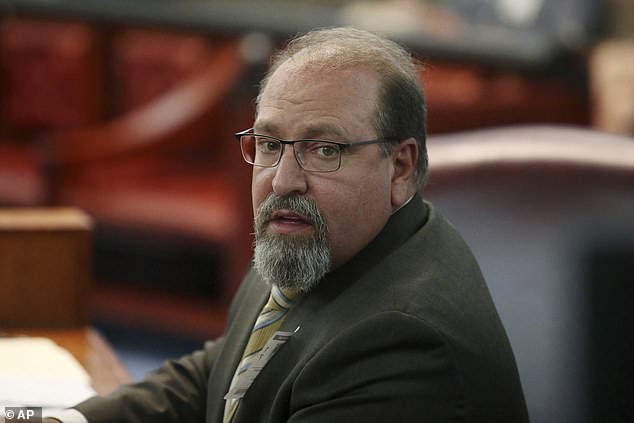 New Jersey Judge John F. Russo, who told a woman she could ‘close your legs’ to prevent a sexual assault, was also removed from the bench this week

One of the most controversial decisions involved Stanford University swimmer Brock Turner who was sentenced to just six-months in jail for sexually assaulting an unconscious woman in 2016.

The judge who delivered a lenient sentence, Aaron Persky, said in 2018 says he has no regrets.

And in 2017 Middlesex County, Judge Marcia Silva decided not to try a 16-year-old boy as an adult after he was accused of sexually assaulting a 12-year-old girl.

The decision was reversed by the appellate division after Silva said that ‘beyond losing her virginity, the State did not claim that the victim suffered any further injuries, either physical, mental or emotional’.

In May this year an upstate New York judge stoked outrage after he sentenced a former school bus driver to probation in the rape of a 14-year-old girl.

‘Because of the seriousness of the ethical violations here, it is appropriate for the Court to consider the full range of potential discipline, up to and including removal from office,’ wrote Justice Stuart Rabner, the chief justice of the Supreme Court of New Jersey.

‘Sexual assault is an act of violence,’ Chief Justice Stuart Rabner wrote in a statement.

‘It terrorizes, degrades, and induces fear in victims. Without question, it is a most serious matter in which fault lies solely with the perpetrator, not the victim.’

In the order, Justice Rabner cited a report from the Advisory Committee on Judicial Conduct that found Russo showed ‘an absolute disregard for the solemnity that must attend every court proceeding, particularly those involving such serious concerns as domestic violence.’

Responding to a fierce backlash over the judges’ insensitive comments, the Supreme Court of New Jersey launched new mandatory sex crime training on Wednesday for all judges.

‘The program will focus on an enhancement of existing training for judges in the areas of sexual assault, domestic violence, implicit bias, and diversity,’ said Judge Glenn A. Grant, acting administrative director of the New Jersey Courts, in a statement.

Judges will also learn ‘effective communication skills that will aid them in delivering clear decisions that are rooted in the law, respectful of victims, and understandable to the public while protecting the rights of the accused,’ he said.

Judges in the Superior Court, Tax Court, Appellate Division, Municipal Court, as well as Supreme Court justices will be trained, he said.

Grant said the initiative stems from ‘particular events’ that ‘prompt us to engage in critical self-analysis that suggests the need to do more to instill the Judiciary’s longstanding guiding policies and principles into our daily practices’.

Under the new plan, the courts will recess within the next 90 days for a mandatory full-day educational conference, and annual training sessions are being developed.

Elected officials in New Jersey who had called for the dismissal of both judges praised the Supreme Court for finally doing so on Wednesday.

‘Unfortunately, the inexcusable actions of several judges over recent months have threatened this reputation for thoughtful and reasoned opinion, and common decency,’ Gov. Philip D. Murphy said in a statement.

It was not the first controversy for Troiano.

In 2004, the judge imposed an order banning people in a courtroom from talking about a case where two Montclair High School football players – a 17-year-old senior and a 15-year-old junior – were accused of raping a female class mate.

The charges were later dropped in the highly publicized case.