White hot! MAFS’ Jules Robinson shows off slimmed down figure in a bikini while on honeymoon in Vanuatu with husband Cameron Merchant

And Married at First Sight’s Jules Robinson looked better than ever as she enjoyed a romantic honeymoon with her husband in Vanuatu.

Taking to Instagram on Friday, the 37-year-old shared a series of photos, showing off her 8kg weight loss in a white bikini.

White hot! MAFS’ Jules Robinson (left) has showed off her slimmed down figure in a bikini while on honeymoon in Vanuatu with husband Cameron Merchant (right) in an Instagram snap

Posing alongside her husband, Jules smiled and posed as she flaunted her slimmed down physique.

She also shared a video of herself and Cam swinging on a rope from a large tree into a lagoon.

‘Swinging into the weekend! It’s OK to fall down, try again, and then decide It’s not for you,’ she captioned the post.

‘Best leave the monkey antics to the husband. How is he good at everything!’ Jules wrote, adding laughing emojis. 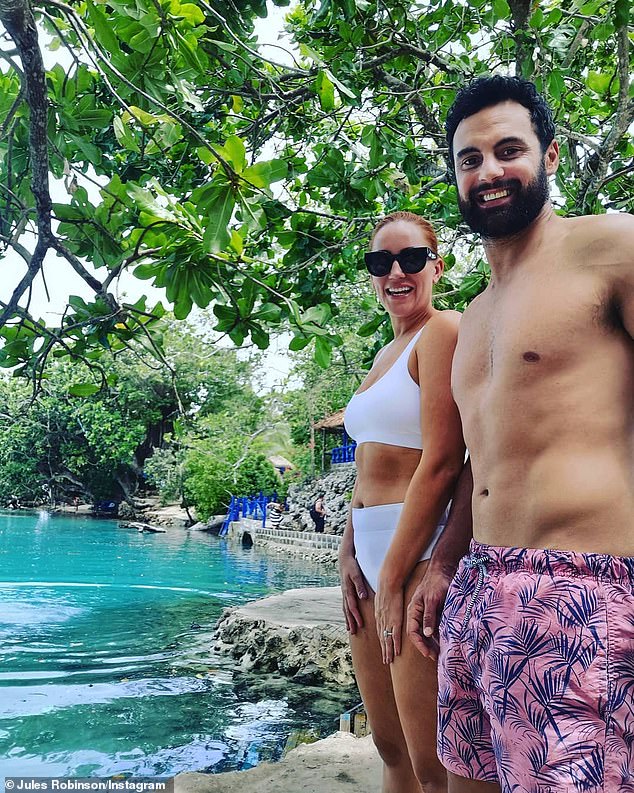 Looking good! In a series of photos shared to Instagram, Jules looked better than ever as she showed off her weight loss

In an exclusive magazine feature on their honeymoon last month, Jules told New Idea that her slim down was the result of a healthy diet and exercising.

‘On the run-up to the wedding I was seeing my personal trainer, Nat, as often as I could, attending her paddle boarding and boxing classes on the beach,’ she said.

Jules, who became an ambassador for Weight Watchers in September, originally vowed to lose 10kg before tying the knot. 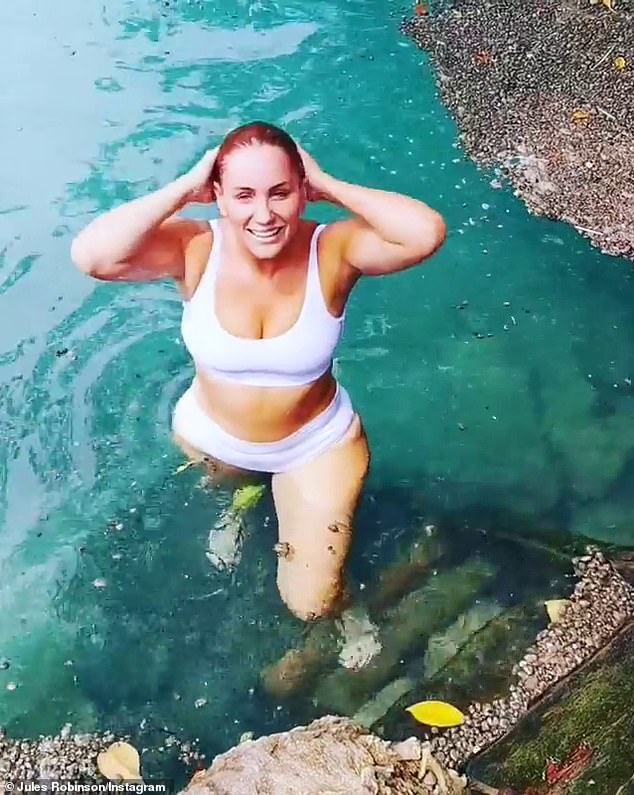 ‘I was seeing my personal trainer as often as I could’: Last month, Jules told New Idea that her slim down was the result of a healthy diet and exercising

Around this time, she and Cameron decided to postpone their wedding so that she could look and feel her best on her special day.

Despite not quite reaching her weight loss goal, Jules said that she ‘feels much more confident than I did six months ago.’

‘I’m still going to lose another five to six kilograms. As soon as I get back from the honeymoon, I’m back to focusing on my weight loss,’ she added. 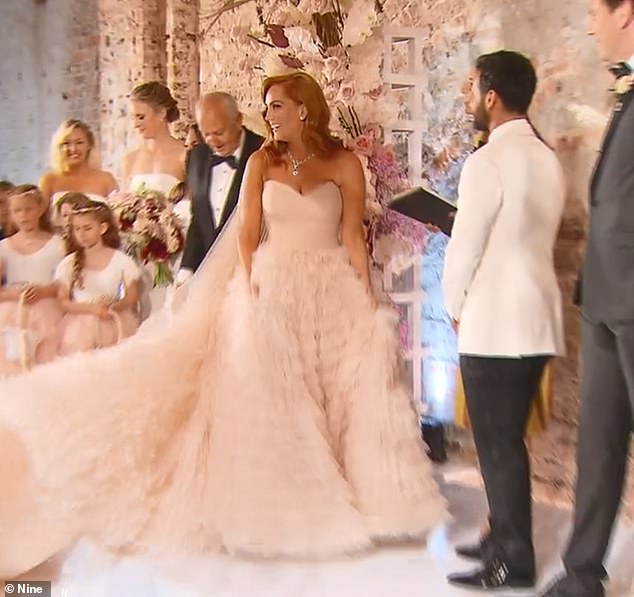