Julia Roberts set to star as Martha Mitchell, who accused Nixon of being invovled in Watergate

In the upcoming Starz movie Gaslit, Julia Roberts transforms into Martha Mitchell, who is credited as the first person to publicly accuse President Richard Nixon of being involved in Watergate — and as the first trailer promises, it’s ‘based on the insane but shockingly true story.’

With a ’70s hairdo and wardrobe, Roberts, 54, transforms into Martha, who at the time of the Watergate break-in was 53 and married to Nixon’s former Attorney General John Mitchell.

While past films and TV series have mostly zeroed in on the men involved in the story — from Nixon himself to journalists Bob Woodward and Carl Bernstein — the new movie, premiering April 24, spotlights Martha’s role in the drama.

Nicknamed the ‘Mouth of the South’ for her outspokenness with the press, Martha was a controversial but generally well-liked figure until, in 1972, she suspected that Nixon and his re-election committee were responsible for the Watergate break-in.

Not one to keep quiet, she repeatedly complained to the press, resulting in her getting painted as crazy and a drunk by White House officials — and, in one horrific weekend, being held as a ‘political’ prisoner in a hotel room, where she was reportedly beaten and drugged. 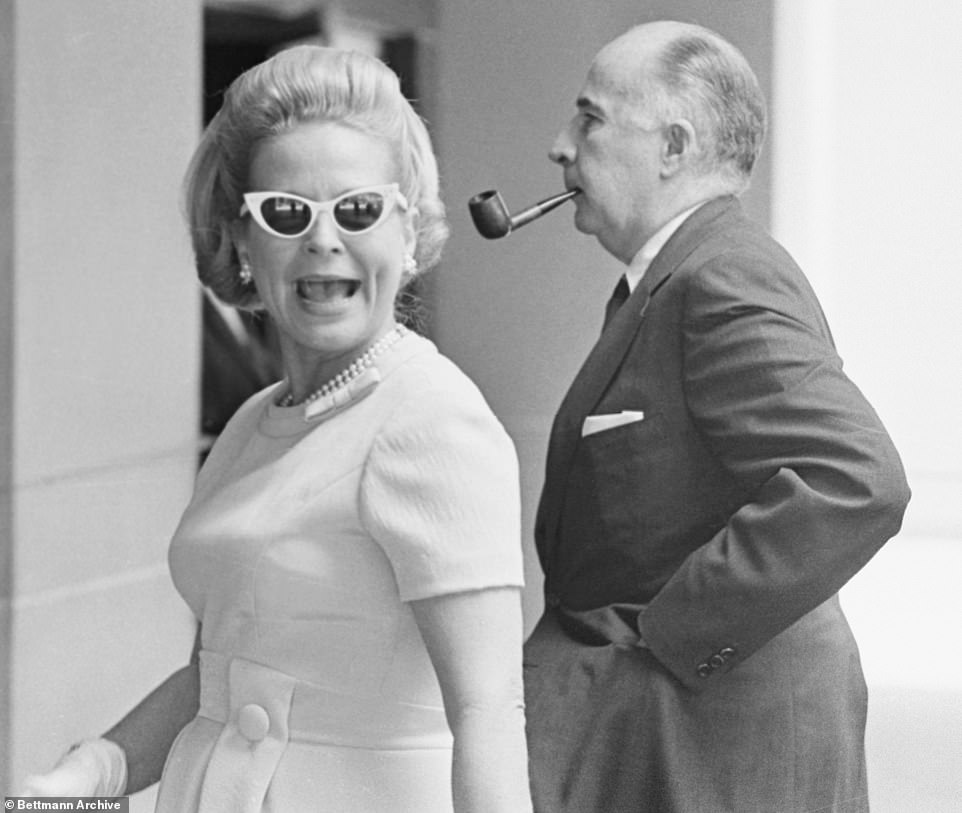 Martha was married to John Mitchell, who served as Nixon’s Attorney General and then the head of the Committee to Re-Elect the President 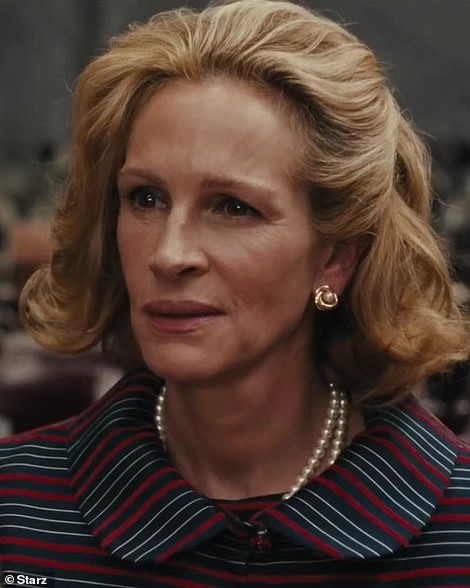 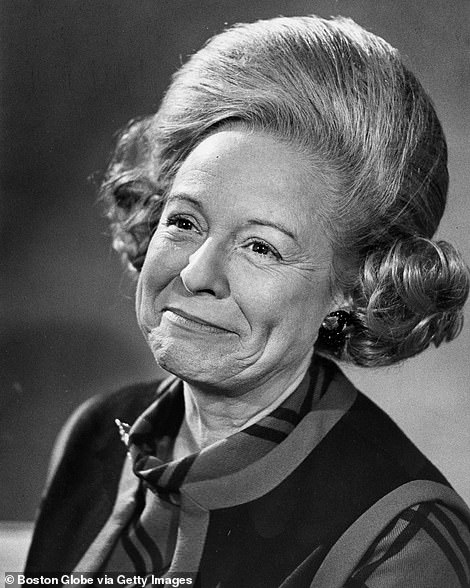 Martha was born in Pine Bluff, Arkansas in 1918, and grew up to graduate from University of Miami and work as a teacher and a secretary.

Her first marriage was to US Army officer Clyde Jennings, Jr. in 1946. After welcoming a son, the couple separated and eventually divorced in 1957.

Months later, she married John Mitchell and they moved in Rye, New York.

About a decade after they said ‘I do,’ in 1969, Mitchell was appointed as Nixon’s Attorney General in 1969, and the couple moved into the Watergate complex in Washington, D.C.

Martha quickly became a press fixture thanks to her willingness to talk and express frank opinions. She certainly had a lot to say and was politically-minded, first calling anti-Vietnam War protesters ‘liberal Communists,’ then later saying the Vietnam War ‘stinks.’

She publicly criticized Democratic politicians, but also had opinions about racism, desegregation, and the Supreme Court, which she gave freely.

In 1970, the New York Times called her ‘the most talked about, talkative woman in Washington.’

Martha, who was also known to drink and smoke, didn’t think she was painted all that fairly. 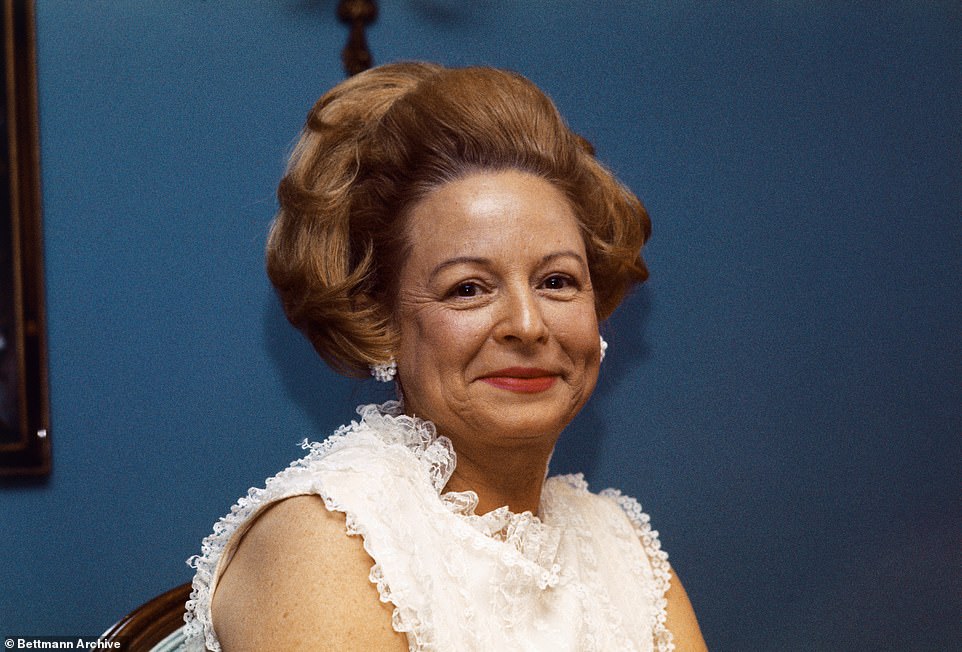 Martha quickly became a press fixture thanks to her willingness to talk and express frank opinions. She certainly had a lot to say and was politically-minded 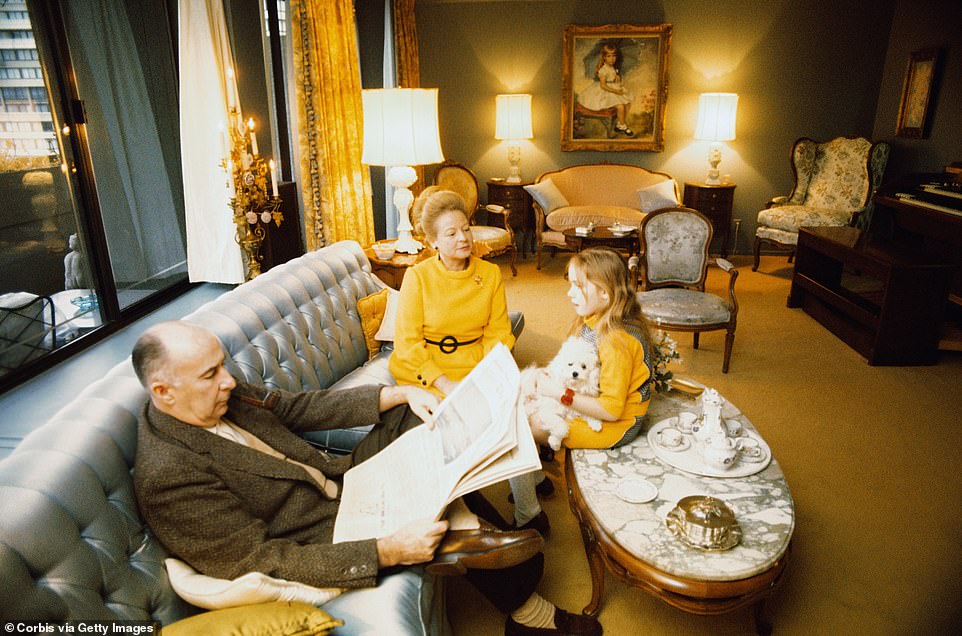 In March 1972, her husband became head of the Committee to Re-Elect the President (officially abbreviated CRP, but often referred to as CREEP) for the 1972 campaign

‘Why do they always call me outspoken?’ she said, according to Timeline. ‘Can’t they just say I’m frank?’

Her outspokenness could, occasionally, cause headaches for the Nixon administration. Though Nixon sometimes approved of her — she generally supported him and was critical of Democrats — she didn’t always toe the party line.

And little did Nixon know in those early years just how much of a liability she could prove to be. According to her biography, Martha would eavesdropped on husband’s phone calls, listen in on his work meetings, and even read his papers to stay in the loop.

In March 1972, her husband resigned as Attorney General to head the Committee to Re-Elect the President (officially abbreviated CRP, but often referred to as CREEP) for the 1972 campaign.

Later, reports would show how CREEP was involved in money laundering and illegal slush funds, among other nefarious deeds.

But all of those might have remained in the dark if it hadn’t been for what happened in June 17, 1972: That night, five men were caught breaking into and burglarizing the Democratic National Committee headquarters at the Watergate complex. 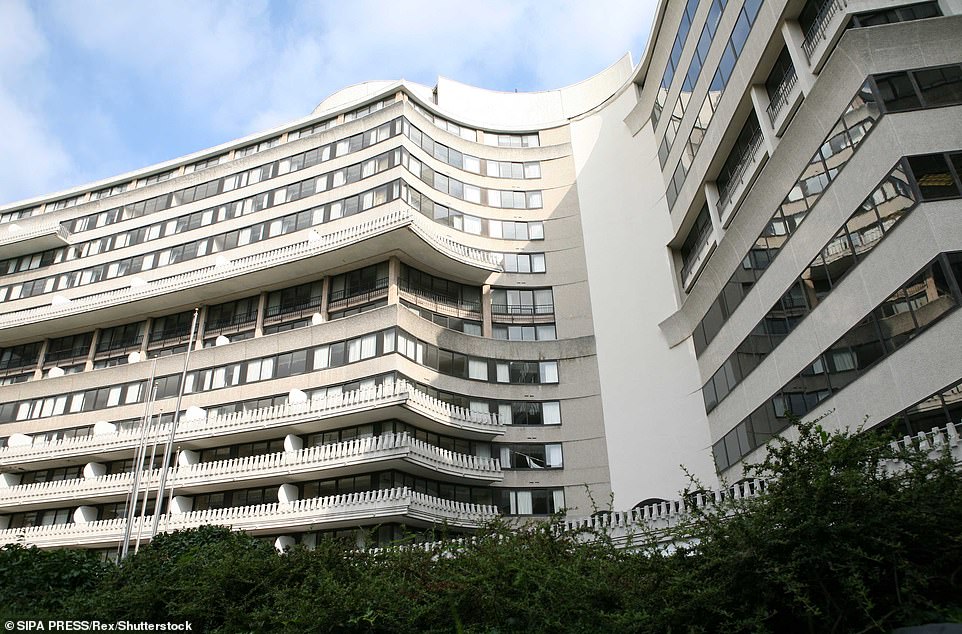 When burglars were caught breaking into Democratic National Committee HQ at the Watergate complex, Martha grew suspicious and called a reporter friend 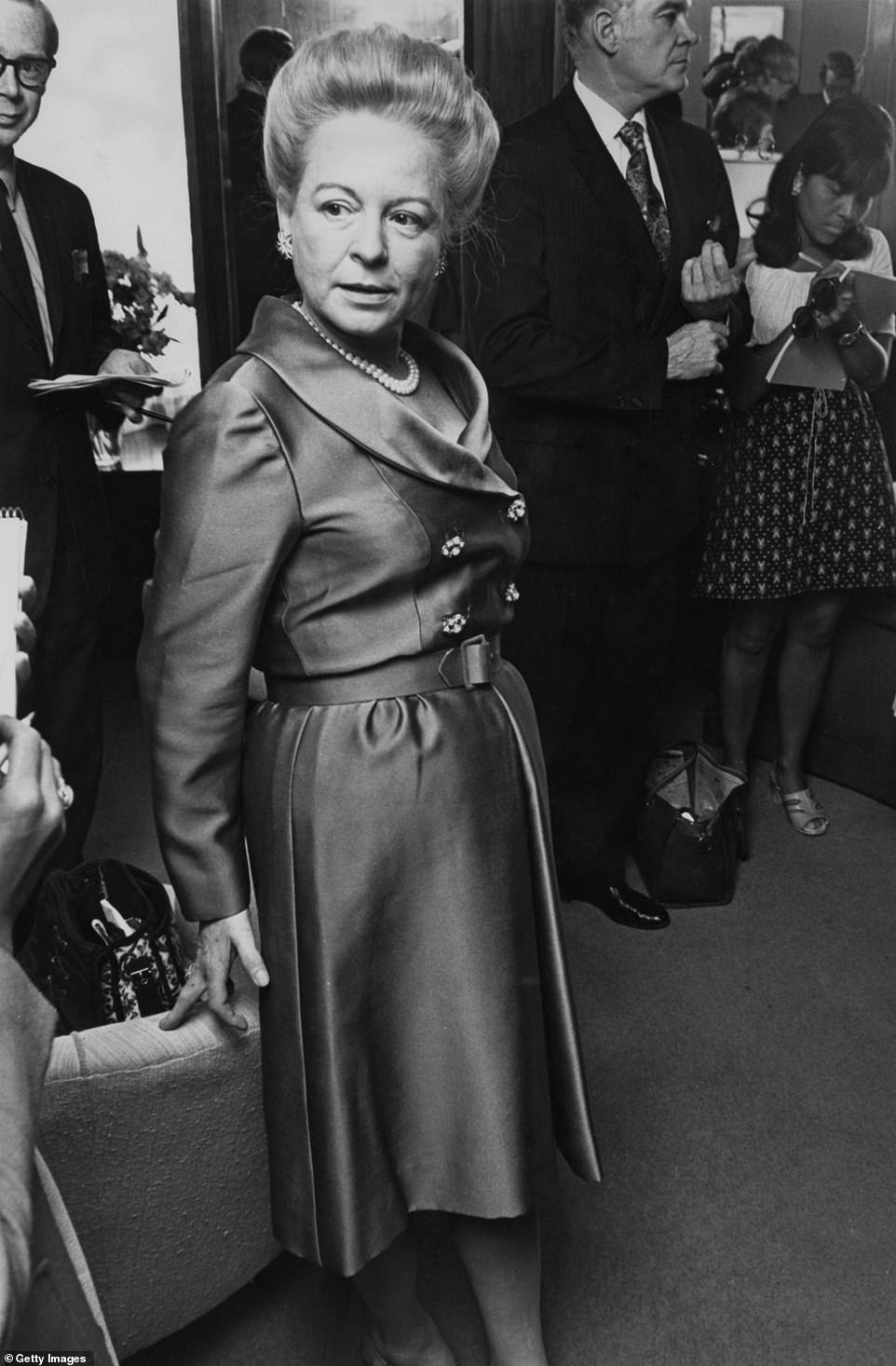 A CREEP security guard stopped her, ripping the phone from the wall and reportedly beating her and keeping her prisoner

At the time, the Mitchells were with other Nixon officials in Newport Beach, California, when John got a call alerting him to the news.

He left immediately to go back to D.C., but told Martha to stay and enjoy the rest, without telling her what was going on.

But Martha suspected something was up, and two days after he left, she found a newspaper where she read about the Watergate break-in. In the coverage, she recognized one of the burglars, former CIA officer James W. McCord, and guessed that her husband and the president were somehow involved.

Eager to talk, Martha called United Press International reporter Helen Thomas, complaining to her that she was ‘sick and tired’ of what was happening and that if her husband didn’t get out of the ‘dirty business’ of politics, she’d leave him.

But before she could say more, CREEP security guard Steve King — whom Mitchell had left to watch his wife — came into her hotel room and disconnected the phone.

Martha said that after that, King would not allow her to leave the hotel room.

‘From then on I saw no one — allowed no food — and literally kept a prisoner,’ she said. 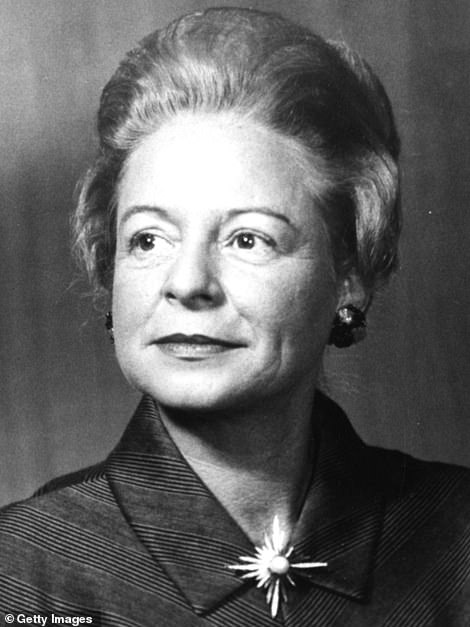 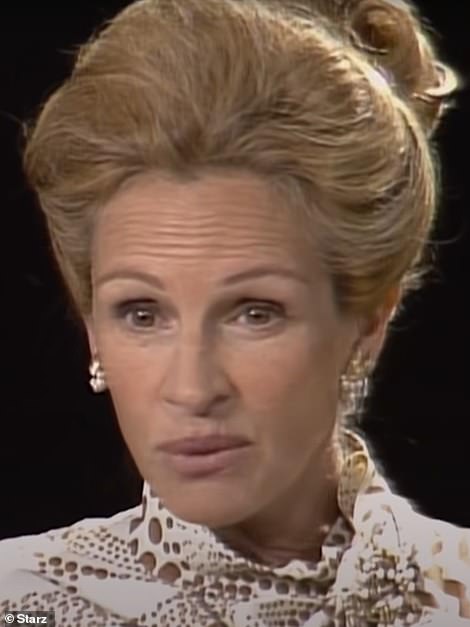 She continued to speak to the press once she got out, calling for Nixon to resign and complaining about ‘outrageous and dirty campaign tricks’

Later, James W. McCord Jr., the Watergate conspirator she recognized in the news coverage, confirmed that what Martha said was true, that she had been ‘basically’ kidnapped to keep her from learning what was going on.

Martha later said King kicked her and put her hand through a window, requiring her to get six stitches.

She also said that King called a doctor, and together they held her down on the bed while the doctor pulled down her pants and gave her a tranquilizer in her rear.

She called herself a ‘political prisoner.’

Later, King would go on to become chairman of the Republican Party of Wisconsin and was named ambassador to the Czech Republic by Donald Trump.

Once Martha got out of the hotel after several days, she called back Thomas at UPI.

‘I love my husband very much, but I’m not going to stand for all those dirty things,’ she said, according to Slate’s Slow Burn podcast.

But she did talk, calling reporters often, and frequently in the middle of the night. She complained about ‘outrageous and dirty campaign tricks … and dishonest deeds’ in politics, accusing some officials of being liars. 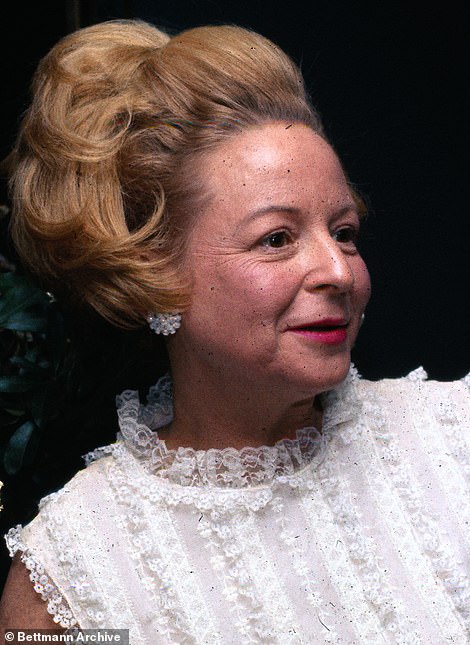 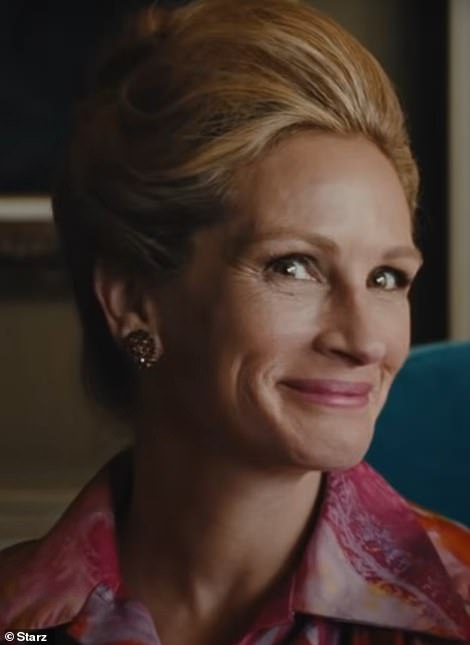 ‘I love my husband very much, but I’m not going to stand for all those dirty things,’ she said 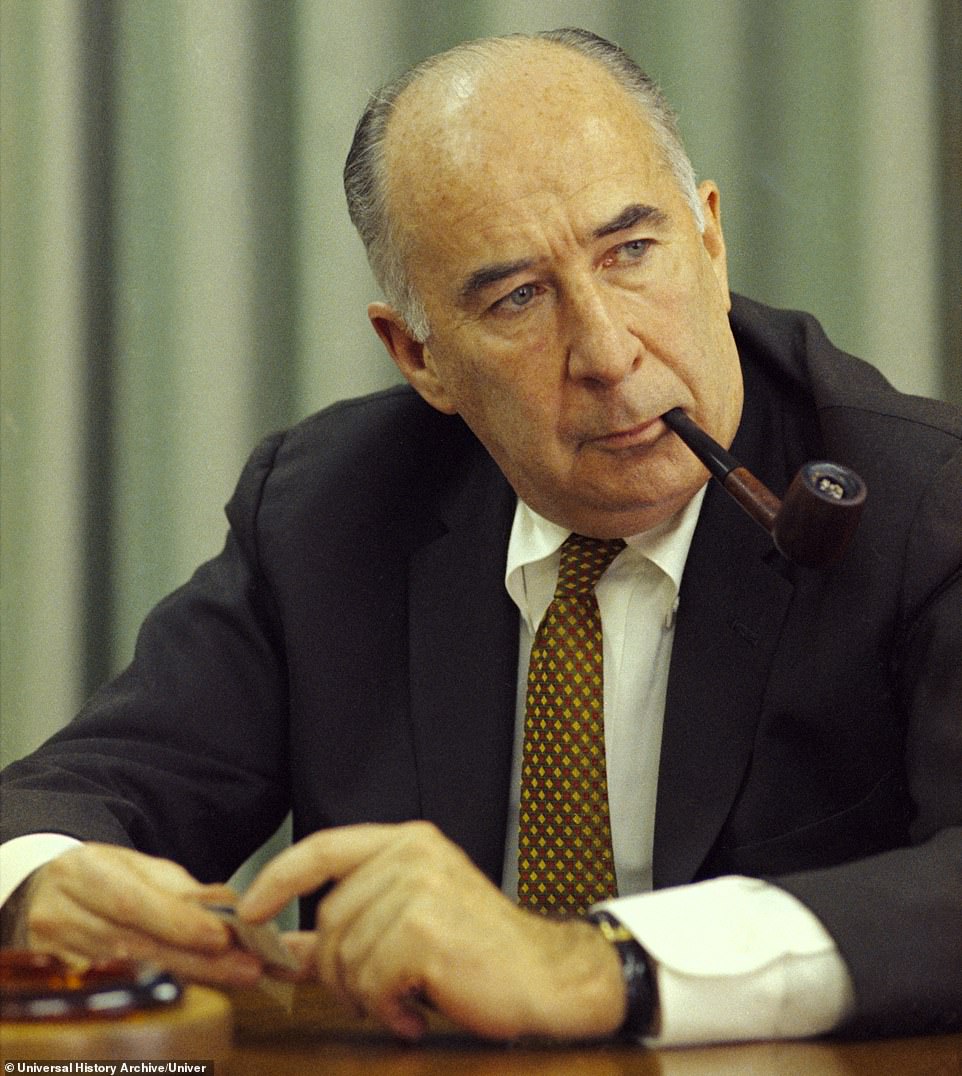 Mitchell would be found guilty of conspiracy, obstruction of justice, and perjury in relation to Watergate and serve 19 months in prison

Facing an ultimatum from his wife and a desire to muzzle her, Mitchell quit Nixon’s campaign and moved back with her to New York.

In March 1973, she told The New York Times that she thought somebody was trying to make her husband ‘the goat’ for Watergate, and she would ‘not going to let that happen,’ saying that Nixon was to blame.

‘Mr. President should resign immediately,’ she told UPI in May 1973.

‘He bleeds people,’ she added of Nixon. ‘He draws every drop of blood and then drops them from a cliff.’

However, Mitchell remained loyal to his old boss, telling a reporter: ‘Martha’s late-night telephone calls have been good fun and games in the past. However, this is a serious issue.’

Martha wasn’t pleased that her husband had Nixon’s back.

She told Helen Thomas, ‘I love him very much. He loves me because I’ve stood up for him. But he is defending the president, who planned the whole god-damned thing. I’m under surveillance day and night. I’m no fool.’

But he wasn’t the only one discrediting her. White House officials and those close to Nixon painted her as mentally ill, and leaked gossip that she was a drunk. 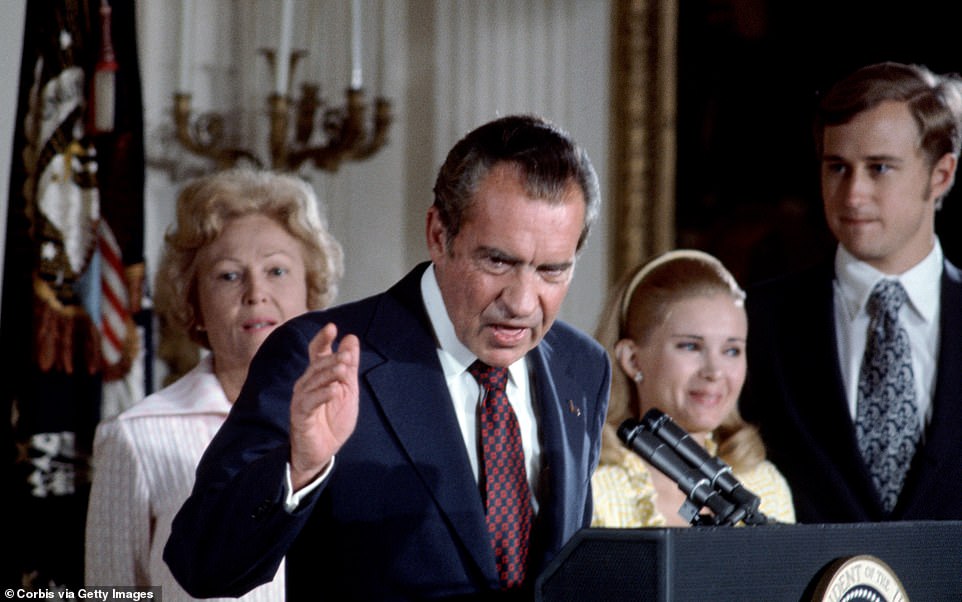 Nixon allies smeared her as mentally ill and a drunk, and Nixon later said ‘if it hadn’t been for Martha,’ then ‘there’d have been no Watergate’ 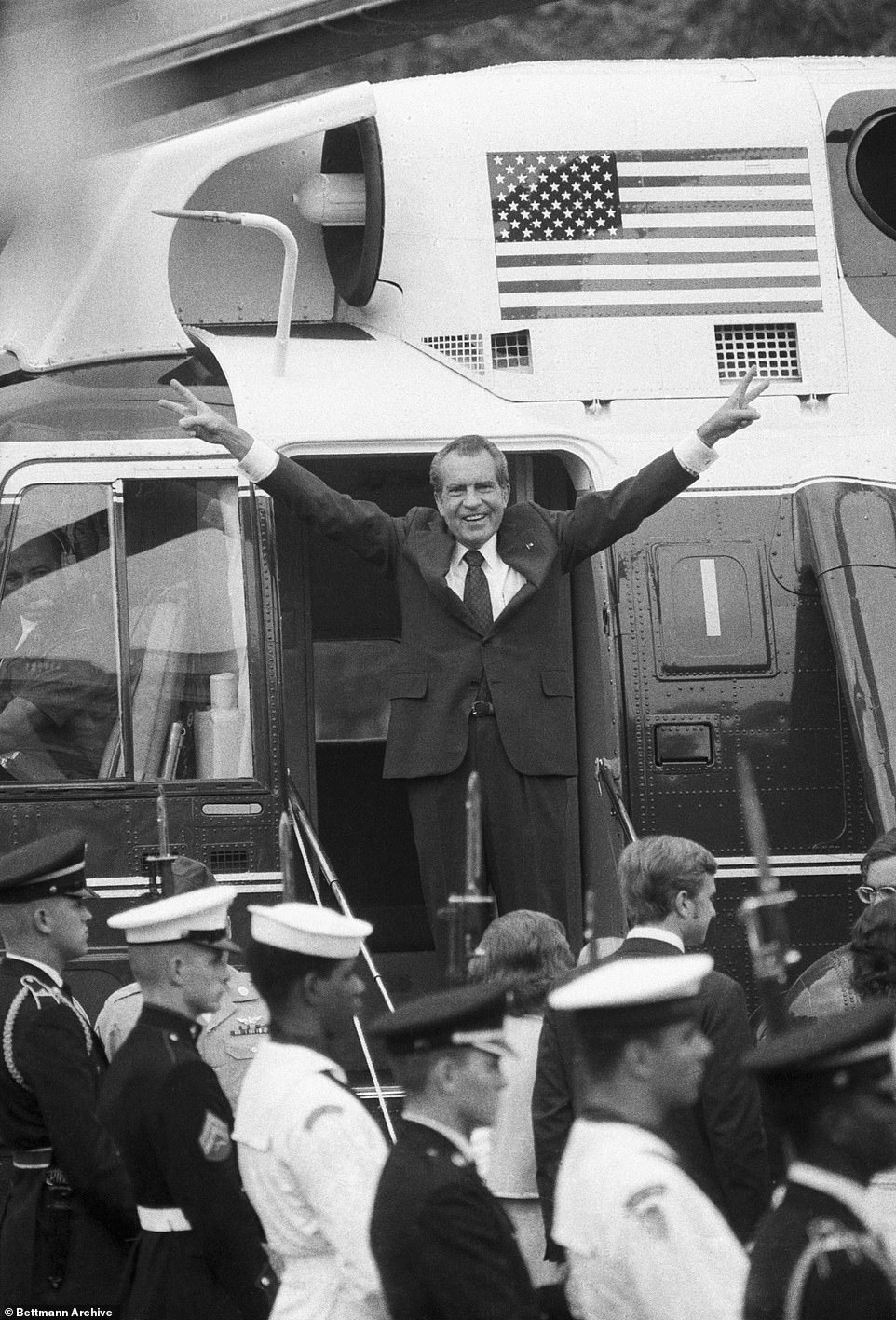 Finally, in September 1973, Mitchell left her.

But while Martha wasn’t taken seriously, more evidence would come to light, and ultimately, amid impeachment proceedings, Nixon resigned in 1974.

Her husband would be found guilty of conspiracy, obstruction of justice, and perjury in relation to Watergate and serve 19 months in prison.

Martha never got to be truly vindicated in the press. Just a year later, she was diagnosed with an advanced stage of multiple myeloma, and she died at age 57 on May 31, 1976.

A year after that, Nixon seemed to hold Martha responsible for his downfall.

‘The point of the matter is that if John had been watching that store, Watergate would never have happened. Now, am I saying here at this late juncture, Watergate should be blamed on Martha Mitchell? Of course not. It might have happened anyway. Other things might have brought it on. Who knows?’