Julia Salazar — the New York State senator accused of embellishing her radical socialist credentials with tall tales about her working class, immigrant roots — was reportedly living off a huge trust fund while launching her campaign.

The 28-year-old, who represents Brooklyn, reported in campaign finance disclosures that she was worth $10 million, the New York Post reported.

Salazar subsequently claimed the figure was an error, telling the paper that she misread the sheet, and that the family trust fund she benefited from actually holds $400,000.

Brooklyn Senator Julia Salazar reportedly dipped into a massive trust fund to launch her avowedly socialist campaign. She has been accused of lying about her ‘working class, immigrant’ roots 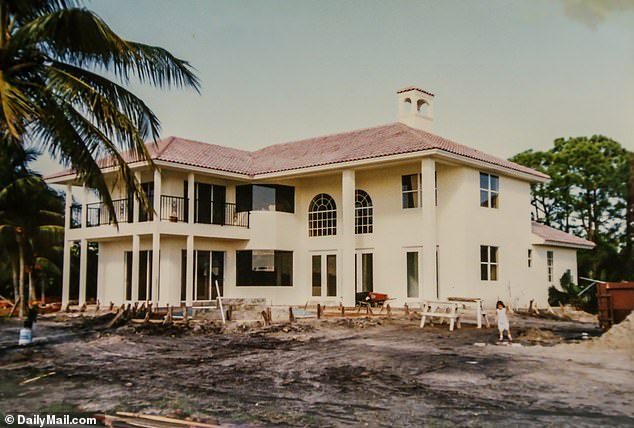 Salazar’s brother discredited her claims of a ‘hardscrabble’ childhood, revealing they grew up in a sprawling waterfront home in an affluent area in Florida (pictured under construction)

The young politician has been called out for lying about her wealth in the past, having said she had a ‘hardscrabble’ childhood, immigrated from Colombia and went to public school.

Those claims were discredited by Salazar’s brother, who revealed last year that she was in fact born in Miami, grew up in a sprawling waterfront home with a maid and three boats, attended private school in Florida and had a trust fund.

On May 15, Salazar reported to the state’s Joint Commission on Public Ethics (JCOPE) that she received $18,000 in 2018 from her deceased father Luis H. Salazar’s trust, the NY Post reported.

She classified the amount as ‘Category DDDDD’ — a code used in financial disclosures to signify amounts of ‘$10 million or more’. 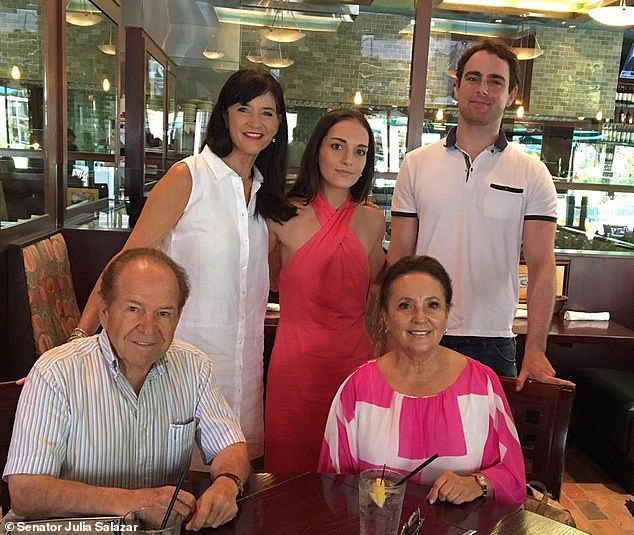 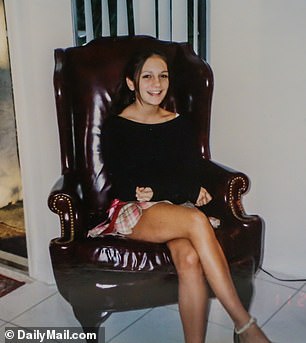 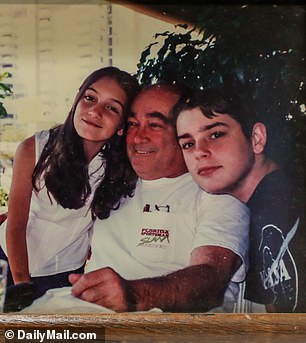 But she managed to follow the instructions properly on the next line, where she reported her income as a community organizer for Jews for Racial + Economic Justice — as ‘Category E,’ or $20,000–$50,000.

Salazar has been under fire for identifying as a Jew despite her family insisting she was baptized a Catholic and that none of their relatives are Jewish.

She is not actually required to disclose the value of the trust fund to the JCOPE, since she doesn’t control it.

Her aunt in Colombia controls the cash stash, which benefits Salazar, her brother Alex and other unnamed family members.

She reportedly resubmitted her financial disclosure to JCOPE on July 11, noting the trust income as ‘Category D’, after a state worker notified her of the inconsistencies.

The senator told the NY Post that she used the $18,000 disbursement ‘to support myself, because I had to stop working in order to campaign, and I had to go on unpaid leave’.

‘Basically seven months of living expenses on top of savings that I had from working,’ she said, referring to her time spent running for office.

She followed in the footsteps of Alexandria Ocasio-Cortez, who is also a part of the Democratic Socialists of America and beat a 10-term incumbent in the Democratic US congressional primary last June.

Salazar rallied the support of millennials in Brooklyn pushing an image of being educated and relatable, fronting with her alleged poor immigrant background.

She initially stated she was born in Colombia before backpedaling and conceding her birthplace was Miami, blaming the ‘error’ on a campaign staffer.

But she continued to assert that she was born into a ‘working class’ family, was raised by a single parent and had to get a job at 14 to make ends meet.

That story unraveled as her own family members came forward to contradict her.

‘We did not struggle at all,’ Salazar’s brother Alex told DailyMail.com last September.

‘We grew up in a great place. We had a great life. We were never treated as outsiders,’ he said, pointing to the family’s material possessions which included a sprawling waterfront home and ‘three boats including a jet ski that was large enough to fit all four of us’.

He said they were still supported by their father after their parents’ divorce, and only worked as teens to learn responsibility.

Their father, who died from prostate cancer in 2009, made his riches as a successful U.S. commercial and cargo pilot.

Opponents have also alleged that Salazar used to be a Republican and an anti-abortion Christian, before performing a political flip flop and declaring herself a socialist after moving to Brooklyn in 2017.

It was also revealed that in 2011 she was arrested over accusations of bank fraud by the estranged wife of former New York Mets star Keith Hernandez.

Salazar later sued Hernandez’s wife Kai Hernandez who she said was trying to frame her thinking Salazar was having an affair with the baseball player.