She’s a dancer whose never shy of flaunting her figure.

And Julianne Hough certainly cut a glamorous figure in a gorgeous champagne silk gown as she attended the 27th amfAR Gala at the 2021 Cannes Film Festival in France on Friday.

The dancer, 32, looked incredible in the revealing dress with a bustier front and sheer panelling across the front.

Gorgeous: Julianne Hough cut a glamorous figure in a gorgeous champagne silk gown as she attended the 27th amfAR Gala at the 2021 Cannes Film Festival in France on Friday

Julianne posed up a storm in the beautiful satin gown which boasted a revealing cutout along her toned torso.

The blonde beauty’s dress also boasted a train that stretched several feet, which she styled her tresses into a simple low ponytail.

amfAR, The Foundation for AIDS Research, makes a return to its spectacular live events programme this evening. 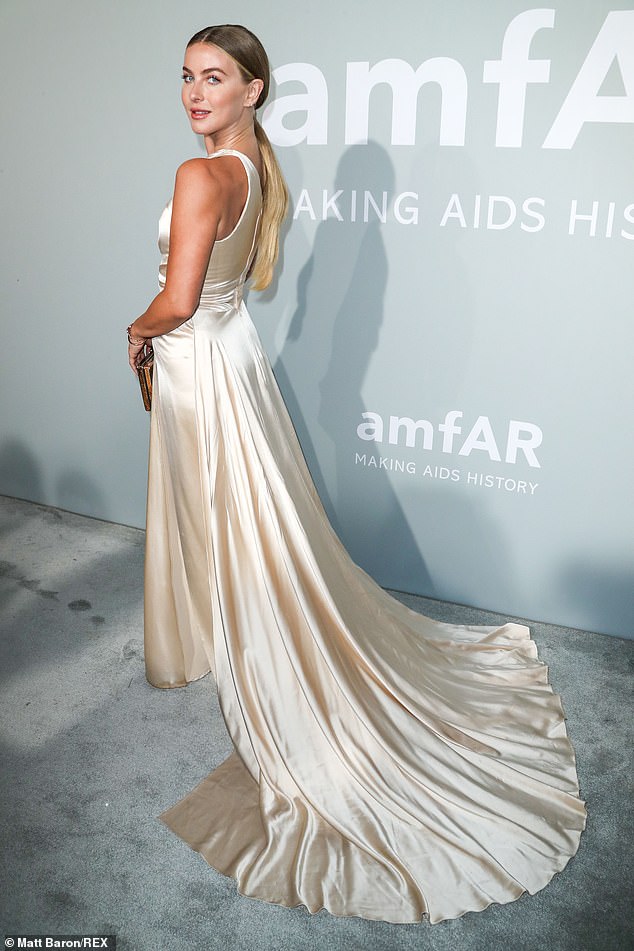 Showing it off! The dancer looked incredible in the revealing dress with a bustier front and sheer panelling across the front and a train stretching several feet

The amfAR gala is one of the world’s most successful benefit events and the most coveted ticket in town during the Cannes Film Festival.

Alicia Keys headlined the evening which includes an exclusive dinner, auction, multiple performances and a fashion show curated by Carine Roitfeld, while Sharon hosted the event.

This year’s event was held outdoors at Villa Eilenroc and featured various entertainments, dinner and an auction. 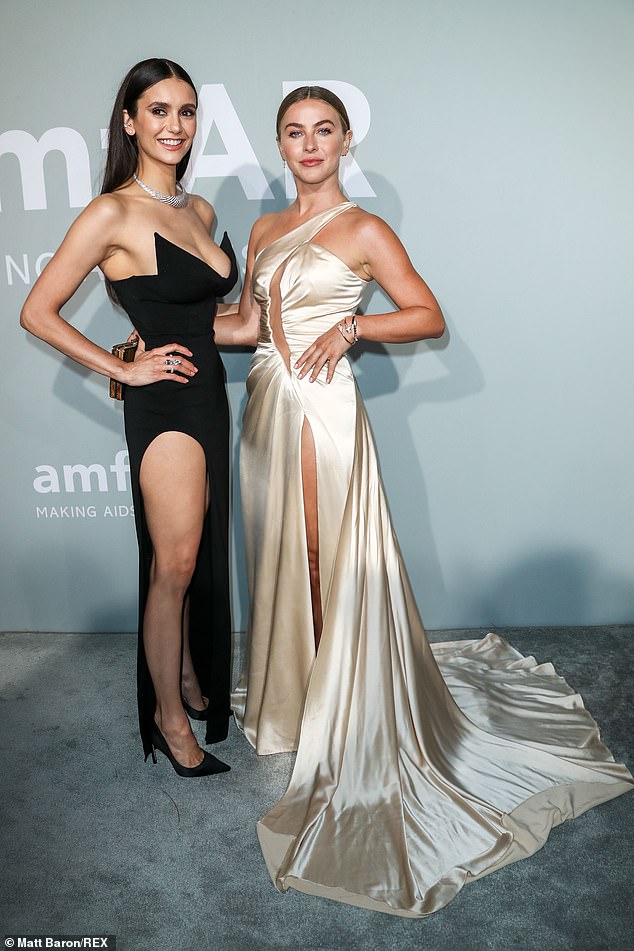 Pals: As she walked the grey carpet, Julianne posed up a storm with actress Nina Dobrev

They announced their separation last May with a joint statement to PEOPLE in which they said: ‘We have lovingly and carefully taken the time we have needed to arrive at our decision to separate.’

A month before she officially filed to divorce the ice hockey player in November, there had been reports of a potential reconciliation.

A source told E! News at the time that they were ‘both putting in the effort to be the couple they want to be,’ but they eventually made the decision to go their separate ways.

Afterwards she was romantically linked to Chronicles Of Narnia actor Ben Barnes, but her reps shut down any romantic involvement in a statement saying they had been friends for eight years. 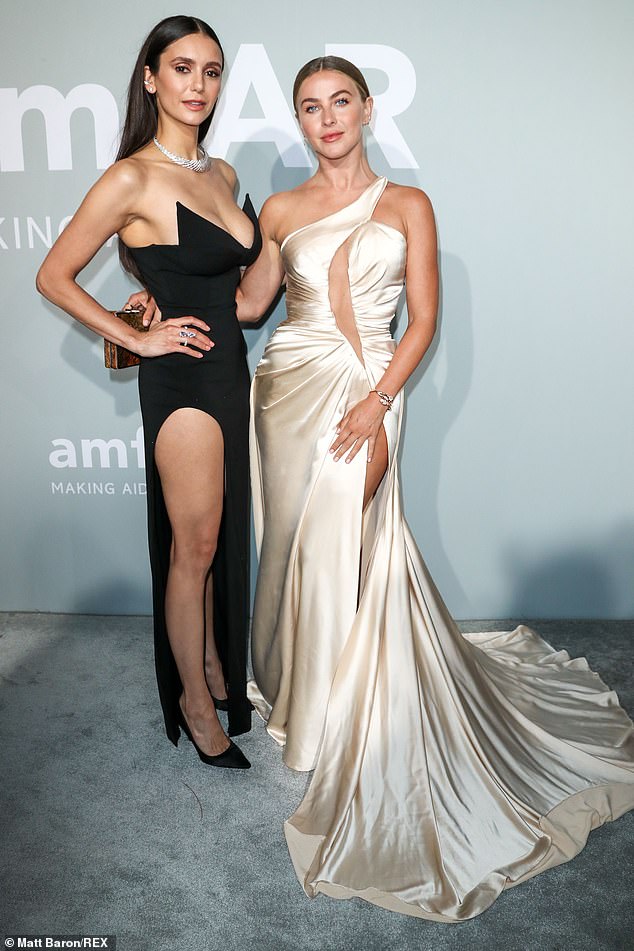 Dynamic duo: The pair made for a picture perfect duo in their glamorous gowns as they posed together