The polished former cabinet minister was pictured enjoying herself in a series of posts emerging on Instagram.

Standing with the DJ at the Cabo Studio 54-themed recovery party, the politician’s set appeared to please the star-studded crowd.

Minister of music? Julie Bishop, 62, takes to the DJ decks at the reception for Karl Stefanovic and Jasmine Yarbrough’s wedding in Mexico

In an accompanying video, the Honourable Member for Curtain can be seen showing off a series of choice moves at the DJ booth.

As the DJ spins Pump Up The Jam, Julie does a series of hip sways and shoulder shimmies at the DJ booth. 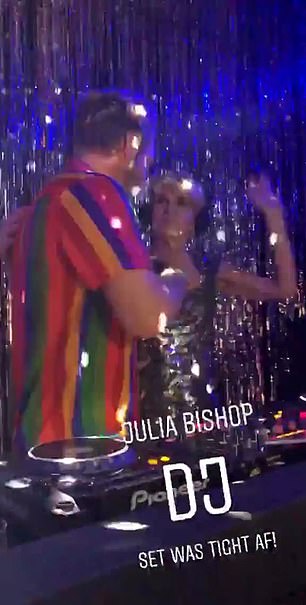 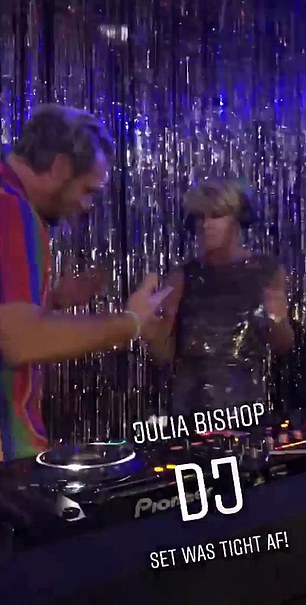 Order in the house! Julie, the Honourable Member for Curtain, looked every inch the disco queen as she danced with celebrity DJ Sloane Angel, who is the resident at Soho House

The Australian politician was clad in a glamorous sparkling dress, which complemented the disco streamers behind her.

Meanwhile, on the decks was Jasmine and Karl’s friend, celebrity DJ Sloane Angel, a resident DJ for Soho House in the US.

He appeared to be lapping up Julie’s moves. as she spun around the dance floor looking every inch the disco queen. 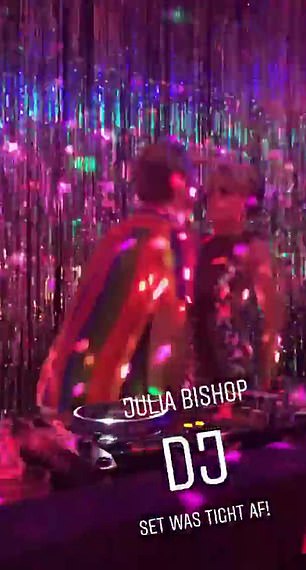 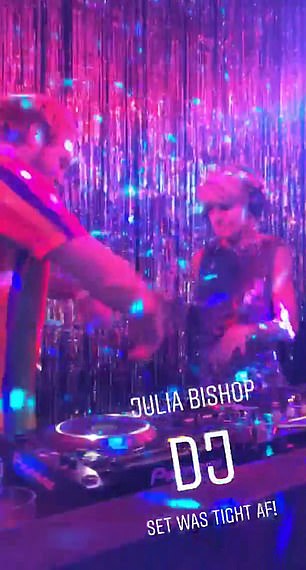 Up close and personal: Julie was clearly holding her own at the DJ Booth, with celebrity DJ Sloane Angel getting very close to her as they danced the night away

The polished politician has proven herself a star guest at Karl and Jasmine’s ritzy nuptials in the Mexican resort town of Los Cabos.

Julie looked resplendent in a sparkling off-the-shoulder evening dress, when she attended the beach-side nuptials.

The politician even decided to go barefoot at the wedding. 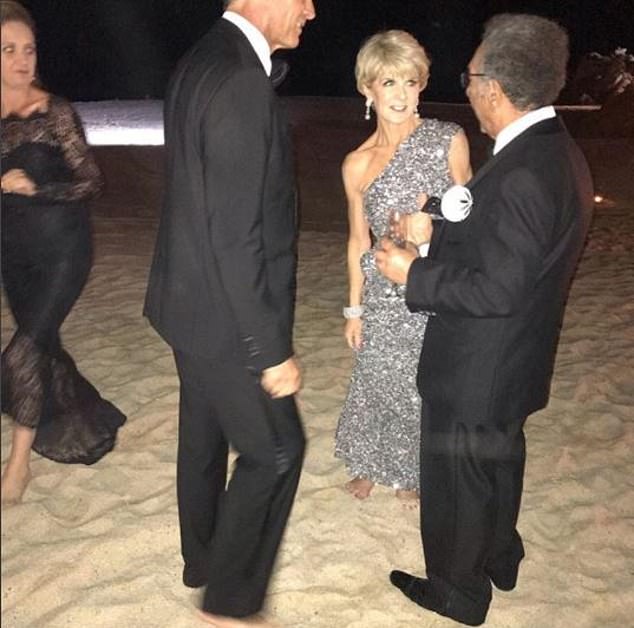 All style! Julie stunned in a sparkling silver dress while going barefoot at Karl and Jasmine Stefanovic’s beach wedding on Saturday

She was accompanied at the five-star One&Only Palmilla Resort by her longtime boyfriend, property developer and winemaker David Panton.

In the first photo to emerge of the politician and her partner at the event, the couple are seen chatting to another male guest on the beach.

The picture was seemingly taken several hours after Karl, 44, and Jasmine, 34, exchanged vows as it appeared to be nighttime. 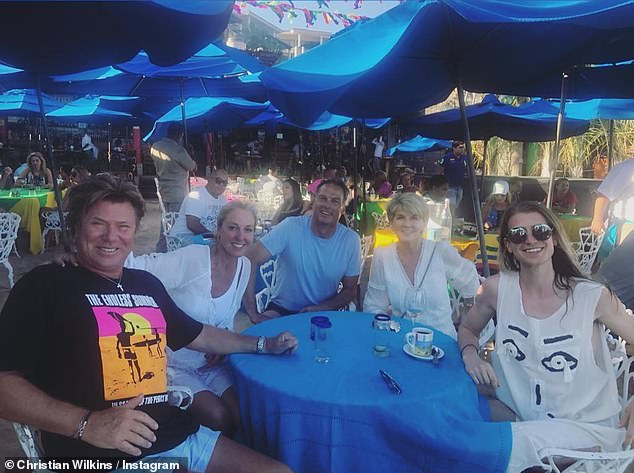 Before the wedding, Julie and David were seen lounging by the resort pool with the Today show’s Sylvia Jeffreys and Peter Stefanovic.

Her inclusion came as a surprise to many, as the former Liberal Party deputy leader has engaged in several fiery on-air exchanges with Karl in recent months.

The marquee guest was supposed to be billionaire James Packer, a longtime friend of Karl’s, but he pulled out at the last minute.

There have been conflicting reports as to why the 51-year-old businessman decided to skip the ceremony.

Some sources have claimed he was celebrating his mother Roslyn’s birthday instead, while others insist he wanted to avoid the ‘media circus’ surrounding Karl’s nuptials. 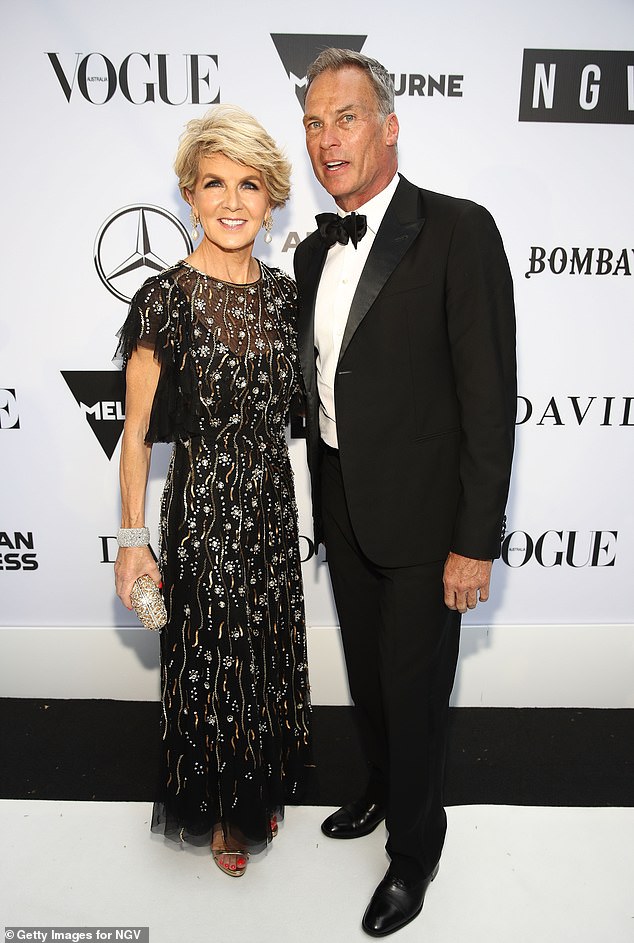 Glamorous: Julie has become known for her impeccable style while on the red carpet. Pictured here with boyfriend David Panton at the National Gallery Victoria gala earlier this year