The Liberal MP, renowned for her death stares and strict fitness regiment, also had the perfect response when asked when she would run.

‘Probably later this morning along Cottesloe Beach,’ she said.

With the regular prime minister in Israel, Ms Bishop stared straight into the camera lens for three whole seconds after being greeted on air.

The deputy Liberal Party leader and Foreign Minister took the tension to another level when Stefanovic asked the Perth-based MP ‘when she was running’, prompting another three second stare into the camera.

‘Probably later this morning along Cottesloe Beach,’ she told the Nine Network on Wednesday. 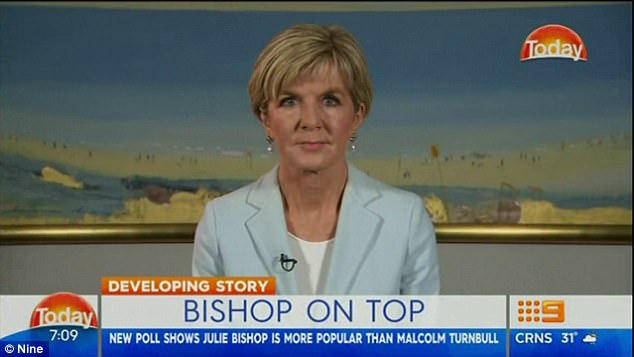 Things were tense enough when she was asked if she enjoyed being Australia’s Acting Prime Minister.

After staring at the camera for another three seconds, she answered: ‘I’m very busy dealing with the issues of the day while the Prime Minister is in Israel.’

As Ms Bishop evaded the leadership question, Stefanovic responded with a grin, clarifying he meant the top job of Australian politics, prompting another two-second pause and stare from the Acting Prime Minister.

‘I’m very happy doing what I am doing as foreign minister,’ she said.

‘Otherwise, I get on with the job of being Foreign Minister.’ 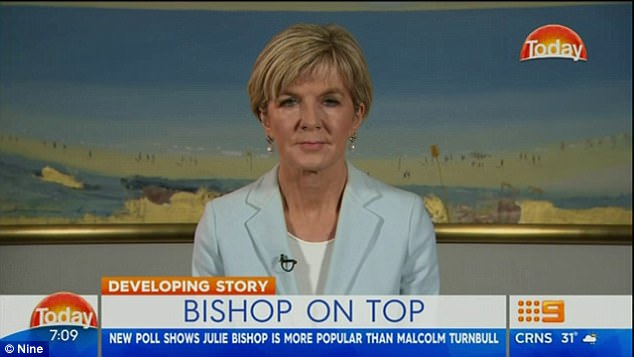 The leader of the National Party usually acts as prime minister in a Coalition government when the regular Liberal PM is overseas.

However, the government now has no deputy prime minister after the High Court last week ruled that Barnaby Joyce is ineligible to remain in parliament for being a dual New Zealand citizen by descent.

The government’s fortunes took another farcical turn on Tuesday when Liberal Senate President Stephen Parry, who was born in Tasmania, revealed he may be a dual British citizen by descent. 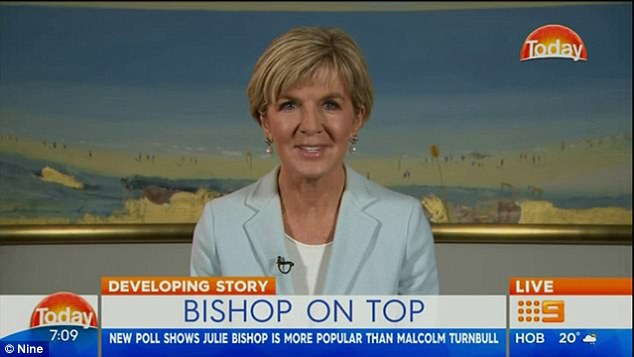 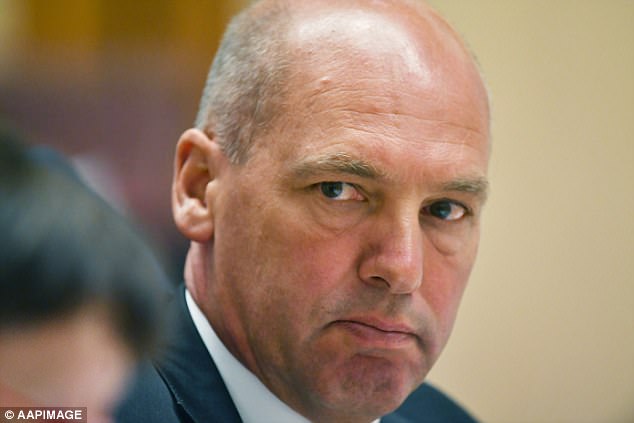 ‘We would rather not be in this position obviously, Karl, but we’re dealing with it,’ Ms Bishop said.

The Nationals had reportedly lobbied to have one of their own, Nigel Scullion, serve as acting prime minister instead of Ms Bishop, who has now spent a decade as deputy Liberal leader.

An online News Corp poll of 2,000 readers on Tuesday showed Ms Bishop to be a far more popular potential Liberal Party leader than her boss Malcolm Turnbull, who had just 12 per cent support compared to her 47 per cent backing.

It came a day after a Newspoll showed the government losing its 22nd consecutive poll under Mr Turnbull’s leadership.

Ms Bishop at least finished the interview with a polite smile.