Dr Hadiza Bawa-Garba was convicted of gross negligence manslaughter over mistakes she admitted making while treating Jack Adcock, who died of sepsis at Leicester Royal Infirmary in 2011

A junior doctor struck off following the tragic death of a six-year-old boy has been sensationally granted an appeal following a huge backlash by NHS staff.

Dr Hadiza Bawa-Garba was convicted of gross negligence manslaughter over mistakes she admitted making while treating Jack Adcock, who died of sepsis at Leicester Royal Infirmary in 2011.

The trainee paediatrician was struck off last year after the General Medical Council successfully appealed against a previous decision by its own tribunal, which had only suspended her for 12 months.

But the decision prompted a furious nationwide outcry by doctors who claimed many of the errors made were ‘systemic failures’ at the hospital, which was understaffed and experiencing delays to test results on the day Jack died. Thousands of doctors signed a petition claiming they had no confidence in the regulator, and raised over £200,000 for Dr Bawa-Garba’s legal fees.

Many claimed the decision failed to protect the public because more doctors would be prevented from reporting their own mistakes for fear of a similar fate.

But in an unusual step which could have huge significance across the medical profession, the Appeal Court this week granted a further appeal after Dr Bawa-Garba’s lawyers argued it was ‘irrational’ to strike her off and that her conviction should not mean automatic removal from the register.

In legal documents seen by The Mail on Sunday, they said she had ‘practised safely as a doctor for almost four years’ after Jack’s death, had completed further training and the risk of her putting a patient at risk of harm in the future was ‘no higher than in the case of any other competent doctor’.

Second appeals are only granted if the case has a ‘real prospect of succeeding’.

Dr Bawa Garba’s solicitor, Tim Johnson, of Tim Johnson Law, said: ‘If the Court of Appeal agrees she shouldn’t have been struck off, it raises the question of whether she should even have been convicted.

‘Everyone understands sepsis is very difficult to diagnose, but now the understanding is a lot greater than it was back in 2011.

‘It raises questions over whether Hadiza can be blamed, criminally, for missing it.’ 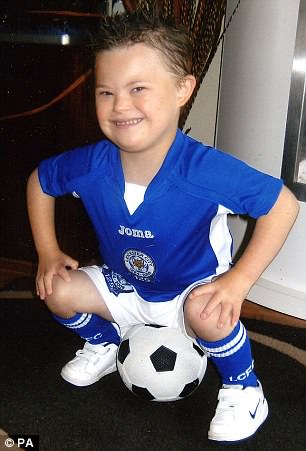 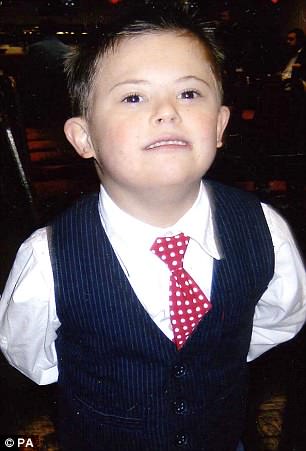 Jack Adcock died of sepsis at Leicester Royal Infirmary in 2011 after he was admitted with diarrhoea, vomiting and breathing difficulties

He added that he believed Dr Bawa Garba would return to work within the NHS ‘quite quickly’ if the appeal was successful.

‘Hadiza was a good junior doctor before the day this happened and subsequently, and she has a lot of support from within her department, within the profession, and from the Royal College of Paediatrics and Child Health.

‘So I wouldn’t be at all surprised if she went back to working in an NHS Trust quite quickly if the appeal is granted.

‘Part of the rationale in striking off is to protect the public, but the reaction to this shows doctors across the NHS are now worrying about whether to be honest in their reflections and whether to pay the GMC for their licenses to practice.

‘All those things unsettle the health service and don’t help the public at all.’

Jack, who had Down’s Syndrome and a heart condition, was admitted with diarrhoea, vomiting and breathing difficulties. Dr Bawa-Garba had recently returned from maternity leave and was alone in charge of the emergency department and acute children’s assessment unit at Leicester.

She admitted to making mistakes – including failing to ask a consultant to review Jack’s condition, confusing him with another patient and briefly stopping resuscitation attempts, although the latter was found not to have contributed to his death.

She received a two-year suspended sentence for gross negligent manslaughter in 2015.

The appeal will be heard before the end of July.