A teacher’s aide who repeatedly raped a young boy in a ‘sex pod’ at the rear of his class was blowing $1000 a week on drugs and booze while going to school.

Nicole Evelyn Woods, 55, had been abusing everything from alcohol,  methylamphetamine, heroin and LSD to nitrous oxide when she sexually abused her 15-year old student at a suburban Melbourne high school and sent him nude images.

Woods – a mother of two herself – denied her vile offending all the way up to the day her young victim – now aged 19 – was due to give evidence against her.

Nicole Evelyn Woods, 55, abused her young victim repeatedly from a sex pod at the back of his class room 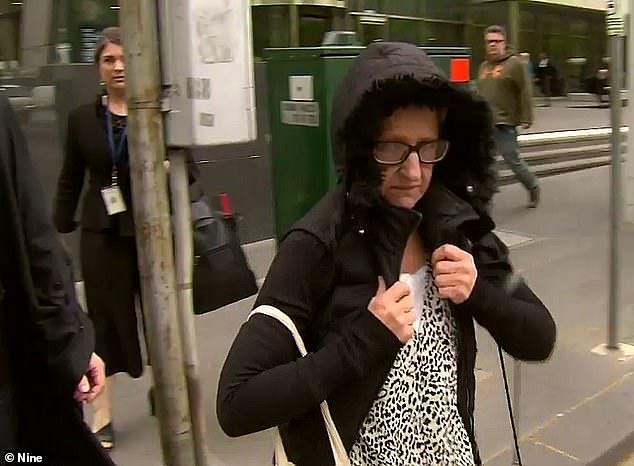 She faced 15 years in jail for her unforgivable breach of trust, but instead will likely walk free in a little over a year after her sentence on Tuesday at the County Court of Victoria.

Judge George Georgio sentenced Woods to four years and two months in jail, with a minimum of just two-and-a-half years.

She has already spent 233 days within a protection unit at the Dame Phyliss Frost Centre for women.

The teacher’s aide had been employed by her victim’s school in 2016 to help visually impaired students.

But from her ‘pod’ at the rear of the classroom, the drug-addled predator began to drum up a personal relationship with the troubled teen.

Working at the time in the school’s canteen, she would buy the boy food and even paid for repairs to his mobile phone.

Eventually she sent him a message through Facebook asking the boy to ‘come play with her’ in her room at the back of the class.

It was the first in a series of sexual assaults she committed against him.

The abuse continued during ‘Homework Club’ after school throughout the year within her grubby classroom sex pod.

When the boy later told his mates that Woods had been paying him for sex, word quickly spread through the playground.

But it would be almost a year later before police finally caught up with her – and by then she had resigned and moved onto another school within the same suburb.

When police questioned her, Woods denied the accusations and claimed the boy had made it all up.

She would carry out the cruel facade through a contested preliminary court hearing.

But detectives had a strong case against her, with nude images found on the boy’s Facebook account linked directly back to her.

When police turned-up the heat, Woods made a run for it, sparking a nationwide hunt for the fugitive.

When she finally confessed, Woods continued to blame her young victim and told a psychiatrist that he had wanted it.

She told the doctor that she believed it was okay because the teen had consented.

‘It was consensual. He didn’t look like a five-year old, he looked older.’ 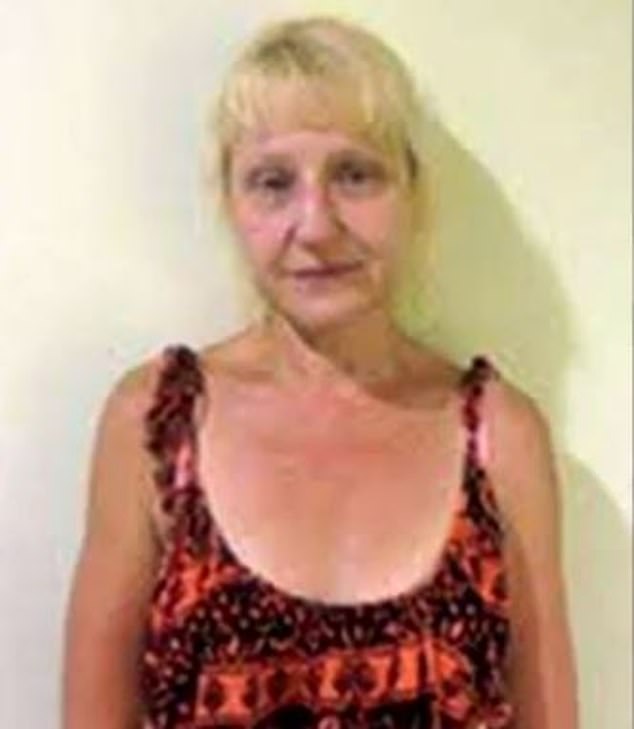 Police put out a warrant on Nicole Evelyn Woods, 55, after she did a runner upon being charged over the child sex offences 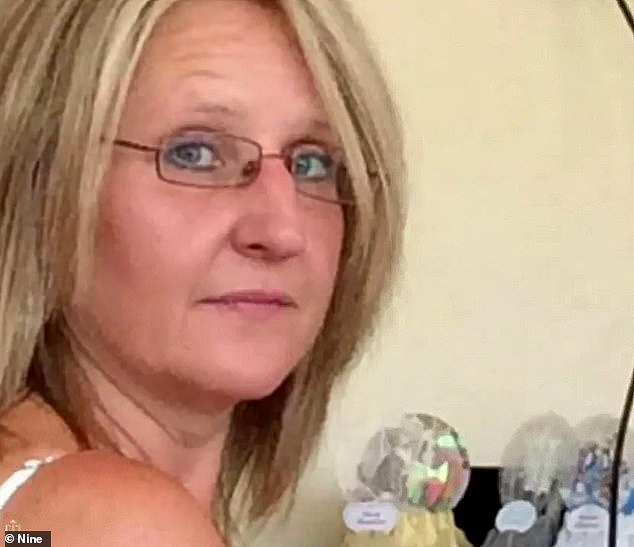 Woods also sent the boy, aged between 15 and 16 at the time, images of her breasts and at one point gave him $80 to repair his mobile phone

In a contradictory psychiatric assessment, Woods goes from saying she believed she was allowed to have sex with students to declaring she knew it was wrong all along.

‘It was a snap of the brain,’ she said. ‘It was just so wrong. I knew it was wrong … I always wanted someone to love me.’

Woods had pleaded guilty to two charges of sexual penetration of a child aged under 16.

In sentencing, Judge Georgio said he did not accept Woods believed that her young victim could offer consent.

‘It defies belief,’ he said.

Nor did the judge believe the boy had asked for it.

The court had previously heard that her victim now slept with a knife because he was so traumatised by what she did to him when no one was watching.

In a powerful victim impact statement, the teen said he had been left ‘broken’ by the abuse at  the hands of his teacher.

Woods had abused him up to 25 times over about five months in 2016.

Her victim dropped out of school. He used to love cricket and football but doesn’t play anymore, cannot work and receives a disability payment.

The boy’s mother faced Woods in court, saying there was ‘no joy, no laughter’ in the family’s life anymore.

‘I’ve locked things in a section of my head because if I think about them I fear it will tip me over the edge,’ the mother said.

The court heard Woods had previously worked with even younger children at kindergartens and child care centres.

Judge Georgio said Woods’ abuse of the boy had been premeditated and planned.

He condemned her for ‘victim blaming’ and said she had shown little sign of remorse.

The judge said parents had a right to expect their children were safe and school and not preyed upon by their teachers.