Jupp Heynckes has cut Bayern Munich’s league-winning celebrations short as he turns his attentions to the Champions League quarter-final second leg with Sevilla on Wednesday.

The 72-year-old took charge of Bayern following the dismissal of Carlo Ancelotti in October and still managed to guide them to their sixth successive Bundesliga title with games to spare after beating Augsburg 4-1 on Saturday.

However, the huge achievement is now an afterthought as the German boss is solely thinking ahead to securing Bayern’s place in the semi-finals of the Champions League. 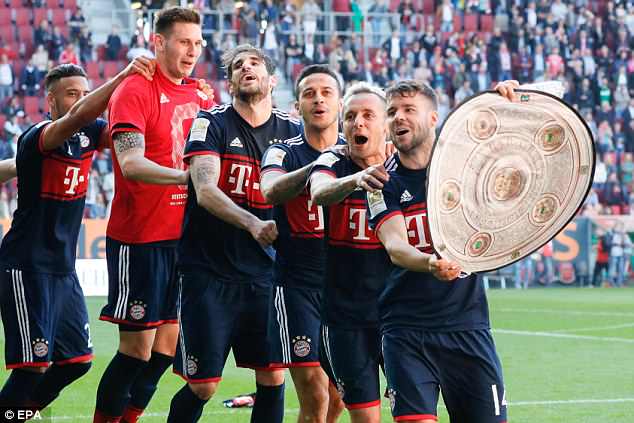 Following their victory over their Bavarian neighbours on Saturday Heynckes revealed his low-key celebrations in his hotel room later on that night.

‘I came to the hotel around 8:30pm and unpacked my suitcase so you can be champion and go to the hotel room – you just cannot enjoy it at this stage,’ he told Kicker.

‘It would be a sensation if we won the Champions League. We must work together optimally, without any egos. 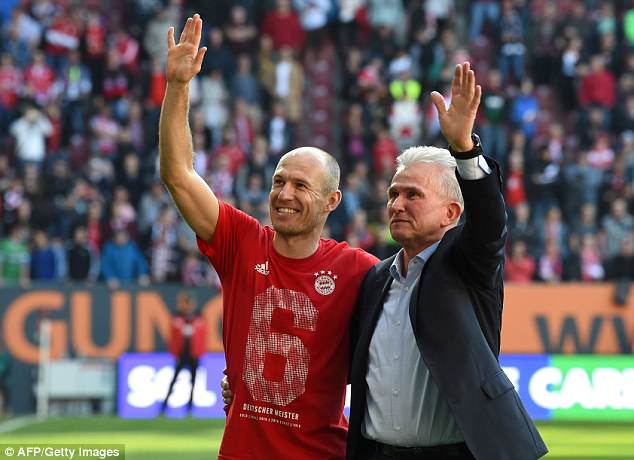 ‘Given the situation in October, winning the title is a fantastic job for all involved, and after this season, this championship is exceptional and worthy of praise.’

Heynckes also praised Niklas Sule, who unluckily put the ball in his own net after the ball rebounded off his face to give Augsburg a shock lead at the weekend.

‘He will be a super player, world-class and in a few years the most sought-after centre-back in European football,’ the manager said.

Bayern remain in the driving seat for their quarter-final second leg with Sevilla on Wednesday after Thiago Alcantara headed in the winner to make it 2-1 in Spain last week. 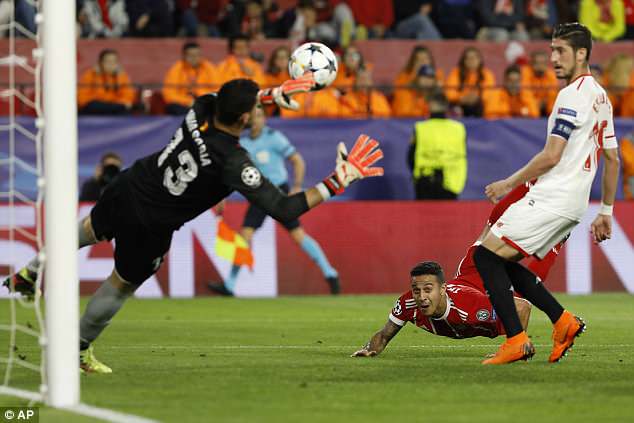