Jurassic World fan guesses the title of next film CORRECTLY

A fan of the Jurassic Park franchise has correctly guessed what the next film – Jurassic World 3 – will be called, during a casual discussion on Twitter.

Responding to a thread which saw movie buffs speculating what the film – set for a summer 2021 release – will be officially called, one fan’s guess proved to be right, according to screenwriter/director Colin Trevorrow.

The filmmaker was tagged in the debate and replied: ‘Wow, somebody in this thread actually got it. Respect.’

Next chapter: A fan of the Jurassic Park franchise has correctly guessed what the next film – Jurassic World 3 – will be called, during a casual discussion on Twitter

Fans then begged him to reveal the movie’s subtitle – the last sequel in 2018 being called Jurassic World: Fallen Kingdom.

The only information the director teased was when he clarified that the film will not be called Jurassic World: Extinction – the title many have believed it to be previously.

This left 25 other possible guesses, ranging from the more fathomable ‘Survival’ and ‘Chaos Effect’ to the less-realistic ‘Rex In The City’ and ‘You Asked for It Humans’.

Via the process of elimination, fans seemed to think they’d whittled the options down to two front-runners: ‘A New Era’ or ‘Edge Of Chaos’. 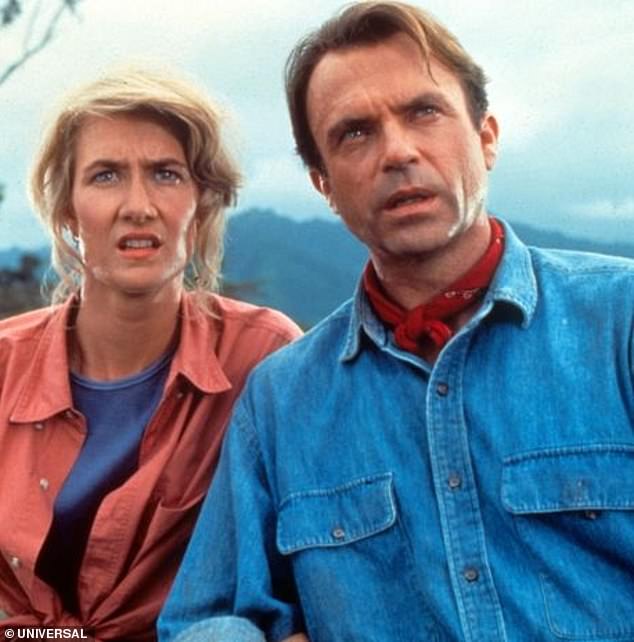 What to expect? Fans were excitably speculating what Jurassic World 3 – which will see Laura Dern and Sam Neill [pictured] return to the franchise for the first time since 2001’s Jurassic Park 3 – will be subtitled

Correct! Responding to a thread which saw movie buffs speculating what the film – set for a summer 2021 release – will be officially called, one fan’s guess proved to be right, according to screenwriter/director Colin Trevorrow 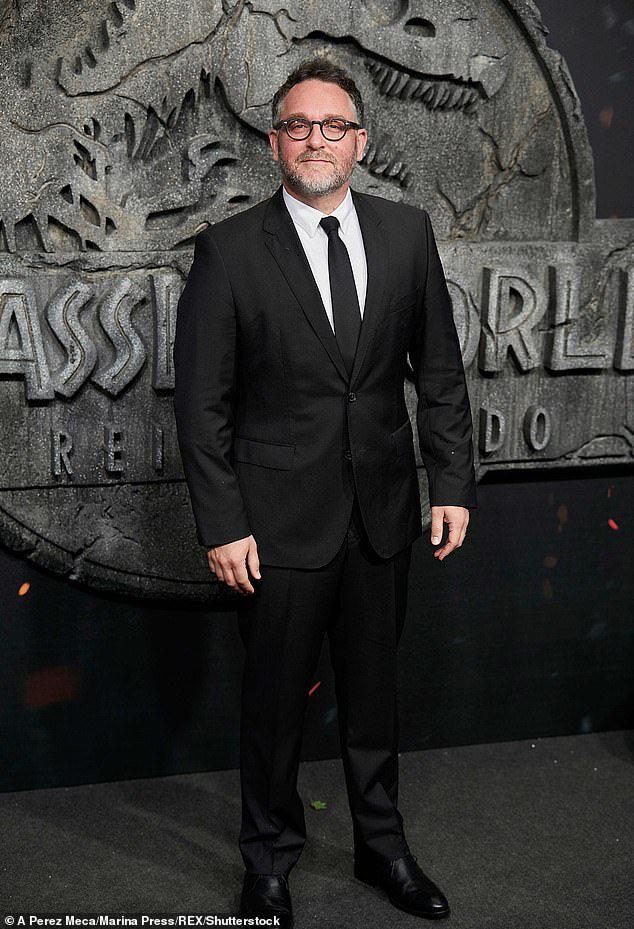 The filmmaker was tagged in the debate and replied: ‘Wow, somebody in this thread actually got it. Respect’

‘A New Era’ refers to the fact that the movie will pick up after the events of Fallen Kingdom, where dinosaurs finally made it onto the mainland to run freely in the wild. ‘Edge Of Chaos’ is a nod to the famous Chaos Theory that runs through the franchise.

Jurassic World 3 is the sixth film overall in the series and details are sparse regarding the plot.

Director Trevorrow – the man responsible for rebooting the franchise in 2015 with fourth instalment Jurassic World – first waded into the fan speculation on the new film’s name when he confirmed on Twitter that he has settled on a title.

He took to the micro-blogging site to comment that he was enjoying seeing all the guesses people were making. 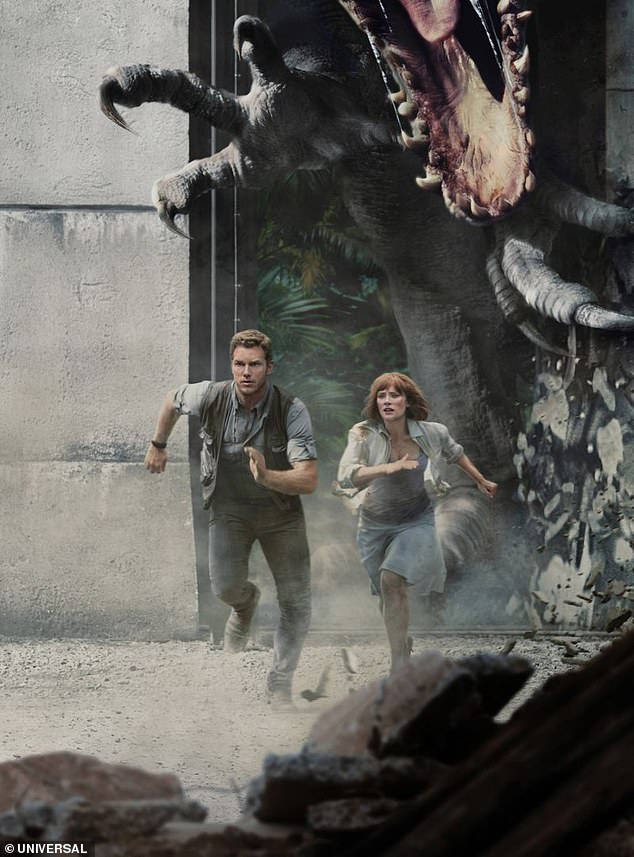 They’re back: Bryce Dallas Howard and Chris Pratt will return to their roles for the next chapter

The 26 Possible Titles for Jurassic World 3

Jurassic World: War for the Planet

Jurassic World 3: Rex in the City

Jurassic World: The Return of the King

Jurassic World 3: You Asked for It Humans

Jurassic World: This Series Needs to Throw in the Towel

One fan asked him directly: ‘By any chance, do you already have a potential title in mind — or is that something that evolves over time?’

The first film – Steven Spielberg’s Jurassic Park – was released in 1993, based on the novel of the same name by author Michael Crichton.

Other details have leaked in recent days, as production is set to kick off this year.

It’s said that the west coast of Canada’s British Columbia will serve as a location, as will Malta, including the capital Valletta.

Teasers: While Trevorrow has not elaborated, he previously confirmed on Twitter that he has a name in mind

Production is also set to continue at Pinewood Studios, in Buckinghamshire, as well as O’ahu, Hawaii.

The latter suggests an island-setting will be involved, despite the destruction of Isla Nublar in Fallen Kingdom.

The plot is expected to focus on the dinosaurs escaping on mainland USA. Could they be rounded up and returned back to the tropics in the film?

Casting for Jurassic World 3 has set fans of the franchise buzzing, after it was confirmed original stars Laura Dern, Sam Neill and Jeff Goldblum will star alongside Bryce Dallas Howard and Chris Pratt.

Goldblum will be back as Dr. Ian Malcolm for the fourth time and said in a recent interview on Virgin Radio that he ‘can’t wait’ to get started on the movie with original Jurassic Park stars Neill and Dern. 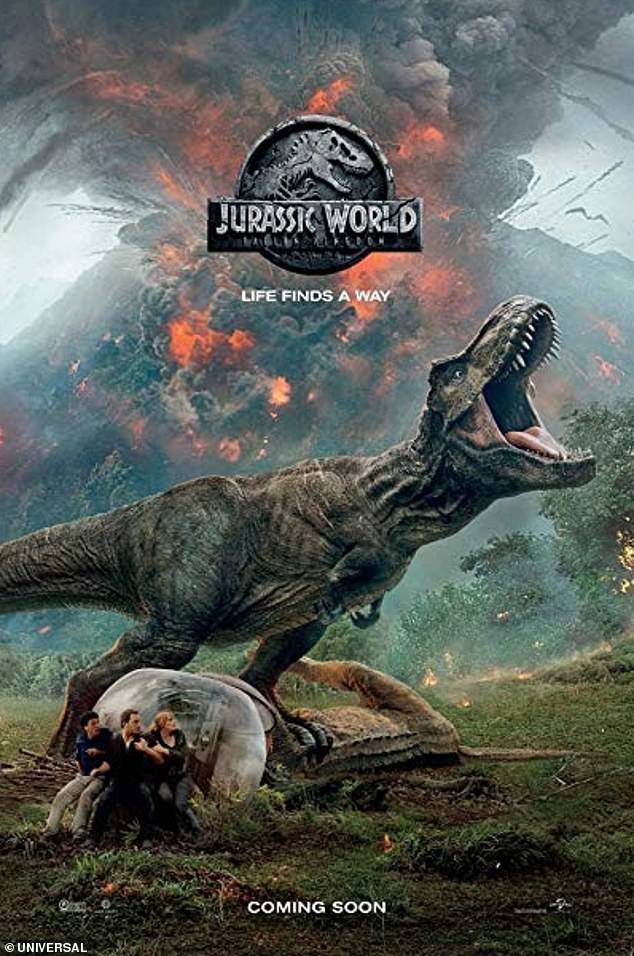 Next year: The movie serves as the second sequel to Jurassic World, and is the sixth film overall in the series. It will be released in June 2021 and follow on from the events of 2018’s Jurassic World: Fallen Kingdom

He said: ‘We’re gonna do another one of those [Jurassic Park films] around these parts come this summer. Colin Trevorrow as the great director is going to be writing and directing it. And I can’t wait.’

Trevorrow, 43, admitted recently that he always wanted to include the original cast in the new trilogy, but there needed to be a logical reason to get them back.

Speaking in Empire Magazine’s 2020 preview issue, he said: ‘We’d have had to come up with a reason why Ellie, Malcolm and Grant all went to the theme park on the exact same day it broke down – again. 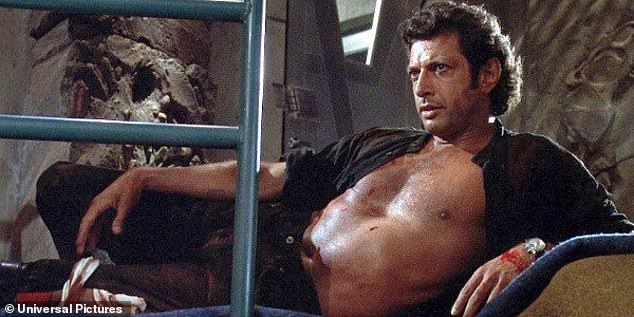 Back again: Jeff Goldblum is set to return to the dinosaur franchise as Dr. Ian Malcolm for the fourth time and he ‘can’t wait’ to get started [pictured in Jurassic Park]

‘The next film allows the legacy characters to be part of the story in an organic way. I call it Jurassic Park VI because it is.’

Colin went on to admit that the filmmakers have also been considering how the characters have changed since their last appearance in 2001’s Jurassic Park III.

He said: ‘You start asking the most basic questions: who are those people now? What do they make of the new world they’re living in, and how do they feel about being part of its history?’