Jurgen Klopp has urged his players to become giants of Liverpool history as he insisted they are back amongst Europe’s elite.

Liverpool have been viewed as an emerging force all season and were they to beat Real Madrid in tonight’s Champions League final, it would make them an even more appealing target to new signings.

Fenway Sports Group, Liverpool’s owners, will give Klopp the resources to build on this campaign’s progress and enhance the quality of the squad — Lyon’s £60million-rated playmaker Nabil Fekir is their No 1 priority. 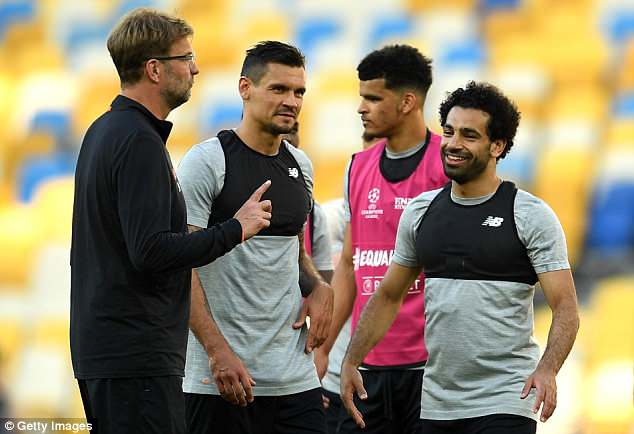 Klopp has some hugely talented players at his disposal, including Mohamed Salah

But Klopp’s immediate ambition is to secure Liverpool’s sixth European crown and he has vowed to stick to the attacking principles that have seen them plunder 40 goals on the road to Kiev.

Klopp said: ‘I don’t think we need this moment to restore our reputation. It is obvious we are back. That is absolutely (obvious).

‘To qualify for a final, it shows that you are back. To win it? You need a little bit of luck and stuff like that is involved, but we are back. First and foremost. 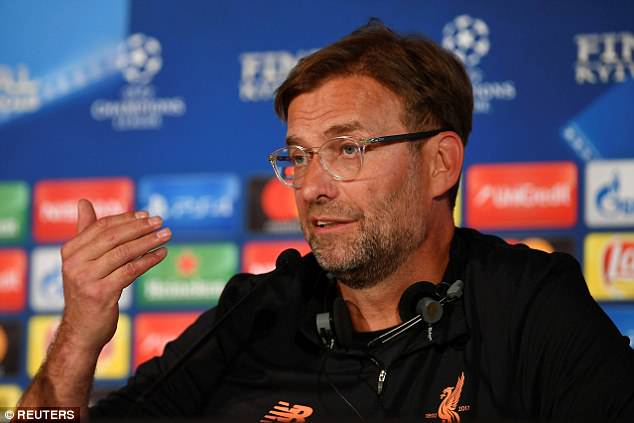 ‘I really like the way we are in as a club, as a team. That is most important. Not this week. This week, the only thing that is important is the final, but, in general, it is important that the club goes in the right direction.

‘That is very positive. We are ready. Now let’s play football.’ 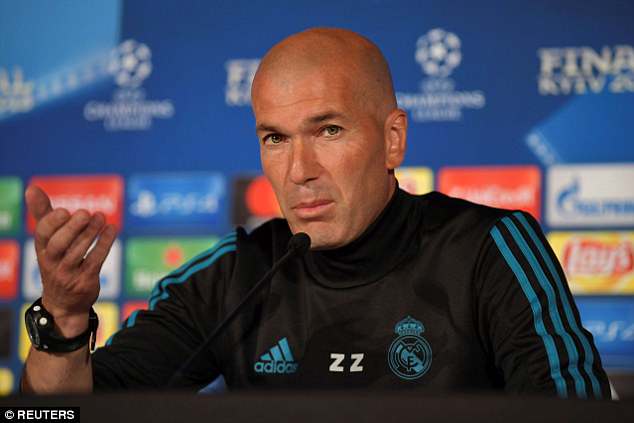 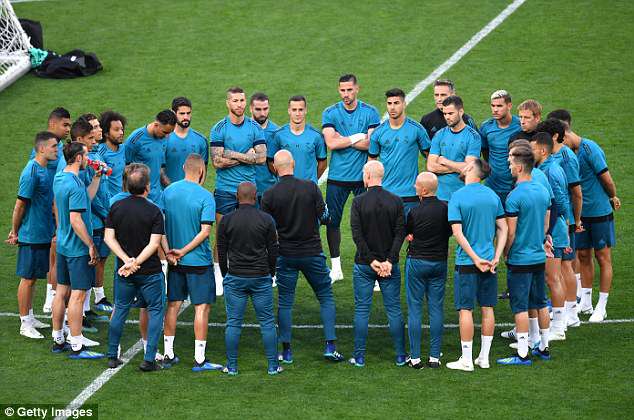 There is no doubting the scale of the challenge facing Liverpool but Real Madrid coach Zinedine Zidane — who faces a major decision over whether to play Gareth Bale — believes the game is closer than critics think and is conscious of the threat posed by Klopp’s side.

The idea that it will come down to a shootout between Mohamed Salah and Cristiano Ronaldo was also rejected by Madrid captain Sergio Ramos. He said: ‘Comparing players with Ronaldo and (Lionel) Messi is something you can’t do. They are in another orbit.

‘There are players who are in fashion, those who come and go and others who stay around.

‘Salah is an enormous player, that’s clear. He’s shown that this year and he’s got a great chance to show that over the next few years, as Ronaldo and Messi have done — but the day after tomorrow!’

Attempts, meanwhile, to get 700 Liverpool fans to Kiev after two flights were cancelled proved to be in vain. Liverpool lord mayor Joe Anderson, Kiev mayor Vitaly Klitschko, the club and Liverpool airport exhausted all avenues but could not make amends for the fiasco involving travel compant World Choice Sports.

Those fans who have been not been able to travel have been promised full refunds on their tickets and the aborted trips — some of which cost as much as £1,000 for the day.