Liverpool manager Jurgen Klopp insists Manchester City are favourites to progress to the Champions League semi-finals – at his own team’s expense.

On Wednesday the Reds host City at Anfield in the first leg of their quarter-final, resuming a rivalry between two of English football’s most entertaining teams.

Liverpool lost 5-0 at the Etihad in September, after Sadio Mane was sent off, and then inflicted what has so far been City’s only Premier League defeat of the season, January’s 4-3 victory at Anfield.

They have been similarly prolific in European competition, but while Klopp’s team are widely considered to be a significant threat to City, the German recognises the size of the task they face.

Following Liverpool’s 2-1 win at Crystal Palace, Klopp said: ‘Did we think before the first game we would lose 5-0? No.

‘Did we think before the second we would win 4-3? No. But do we know we have a chance? Yes.

‘Actually that was clear before, but they are the favourites.

‘We should finish the game with 11 first of all, that would be cool. We know it’s difficult.

‘At specific moments we are on a similar level but they have been much more consistent and that’s why they are higher in the league. But we all know that in the game it doesn’t mean too much.

‘We see our chance but we know it will be unbelievably difficult.

‘If I would have had the choice to watch a Champions League game I would watch this one. It is about tactics but there will be fire in the game, and it’s at Anfield so the atmosphere will be good.’ 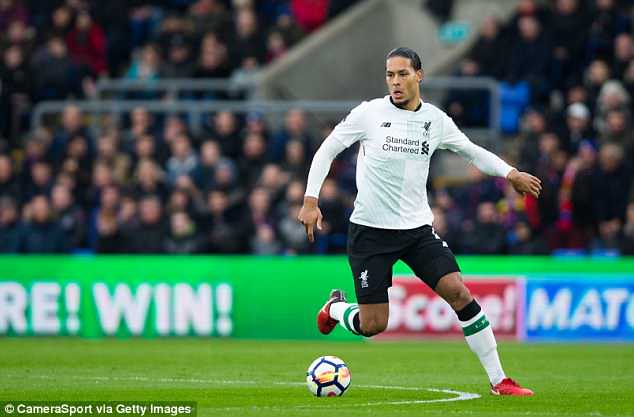 Liverpool’s defence has been strengthened considerably by the £75million signing of Virgil van Dijk since that 5-0 defeat.

The Dutch centre-back said: ‘It’s very exciting. It’s the quarter-finals of the Champions League and I’ve never played at this stage before.

‘I’ve watched big European games at Anfield before and I know they are very special. The atmosphere will definitely help us a lot.

‘We know they are beatable (after the 4-3 victory), definitely, but this is a different game. Wednesday is only the first leg.’ 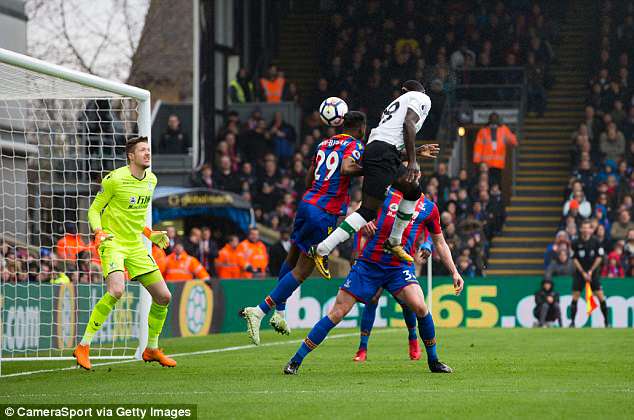 Mane was fortunate to escape a second yellow card at Palace for a blatant handball, and he recognised that Klopp substituted him to protect him from an eventual dismissal.

Palace’s James McArthur said of the incident: ‘In a lot of other games he would probably have got another yellow. I am not sure why he grabs the ball and when he does, why it is not a booking.

‘It is a clear opportunity for us to score and to grab the ball back, it has penalised us.

‘In the heat of the moment you obviously feel that it has cost us.’

Eagles manager Roy Hodgson added: ‘Our focus has to remain on the performances and to not get too hung up on the fact that we’ve had a little bit of bad luck so we start feeling sorry for ourselves.’