You’ve changed your tune, Jurgen! Klopp finally concedes that Liverpool DO need to spend as they work to get a new midfielder… but Reds boss will only move if they can land the right man

Jurgen Klopp has performed a U-turn about signing a midfielder and will move before the transfer deadline if the right player is available.

Liverpool’s manager had maintained all summer that he would not supplement the additions of Darwin Nunez, Fabio Carvalho and Calvin Ramsay but a combination of factors mean that Klopp has reassessed his position.

Klopp, who on Wednesday held a meeting with his squad during which he got a number of issues ‘off his chest’, is without the injured Thiago Alcantara, Alex Oxlade-Chamberlain, Naby Keita and Curtis Jones. That has led to starts for 36-year-old James Milner in the last two games.

Julian Ward, Liverpool’s sporting director, and Klopp have been speaking continually with Mike Gordon, the president of owners Fenway Sports Group. And Klopp insists they will waste no time in moving for someone, if convinced that they will be right for the club.

‘We are looking for it,’ said Klopp, who won’t settle for anything other than Liverpool’s first Premier League win of the season against Bournemouth on Saturday.

Asked specifically whether he wanted to sign someone, Klopp replied: ‘That changed, of course. I know we have had this discussion since it all started and I am the one who said we don’t need a midfielder and you were all right and I was wrong. That’s the situation. 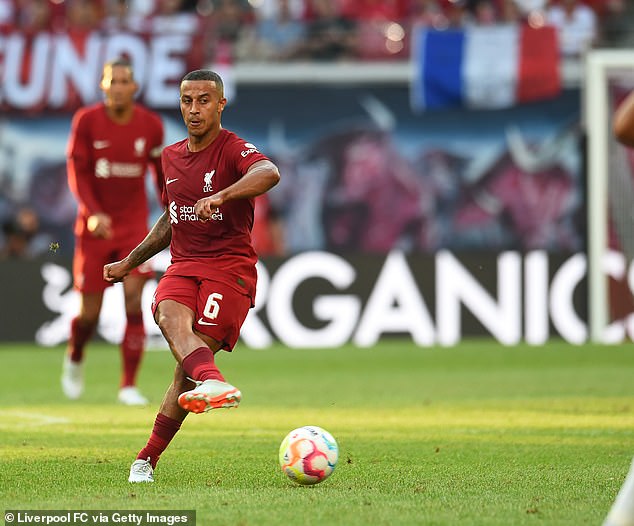 ‘It would be great if no one gets on the (injury) list with a really intense time coming up.

‘We will not change how we deal with the situation. So, there is nothing for me to say to you in this moment. We will see.’

There was, however, plenty for Klopp to say regarding Liverpool’s 2-1 defeat at Manchester United last Monday.

He maintains there was not as much wrong with the performance as critics made out and, had their attacking play been sharper, they could have left Old Trafford with points. 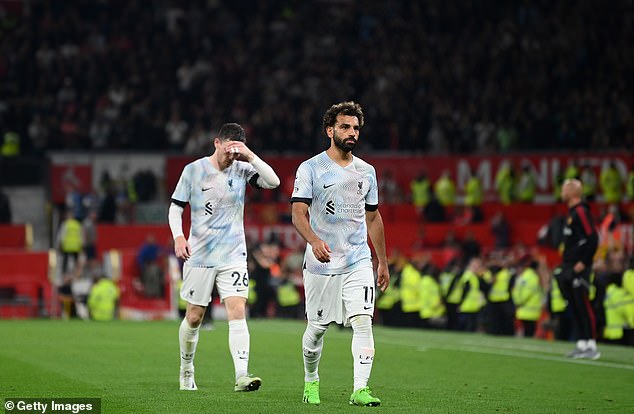 But, equally, Klopp is not naive and he knows the levels Liverpool have produced in three Premier League fixtures haven’t been good enough. It is why he felt compelled to gather the players together and remind them of their qualities.

‘The good thing about this meeting is I feel much better after it,’ Klopp said with a smile.

‘It is not that I shout at the players, not at all, it is about putting things in perspective, what we did well and what we didn’t do well.

‘We live in a world where everything is always judged but, in the end, only one thing is important and that is what we think ourselves about it.

‘It is clear what we have to do. I cannot go into detail but we talk about pretty much everything. It is us against the rest of the world.’