Jurgen Klopp praised Virgil van Dijk’s impact on Liverpool’s season and feels the best is yet to come as the club’s fight on two fronts continues.

Klopp was gushing in his praise of the Holland captain after he scored the pivotal second goal in a 3-1 win over Bayern Munich at the Allianz Arena to secure a Champions League quarter-final place.

Since the world’s most expensive defender arrived at Anfield in January 2018 he has played a significant part in making the Reds’ defence the toughest in the Premier League.

Van Dijk has made a total of 37 club appearances this season, keeping a remarkable 19 clean sheets in that time.

His statistics are even better when restricted to the Premier League with 17 shut-outs in 30 matches, which has allowed Klopp’s side to take on Manchester City head-to-head as they trail the defending champions by just a point.

No wonder the manager could not hide his delight at the form of Van Dijk, whose other important contribution is to improve the players around him with Joel Matip – the club’s fourth-choice centre-back – impressing since getting into the side after injuries to Joe Gomez and Dejan Lovren. 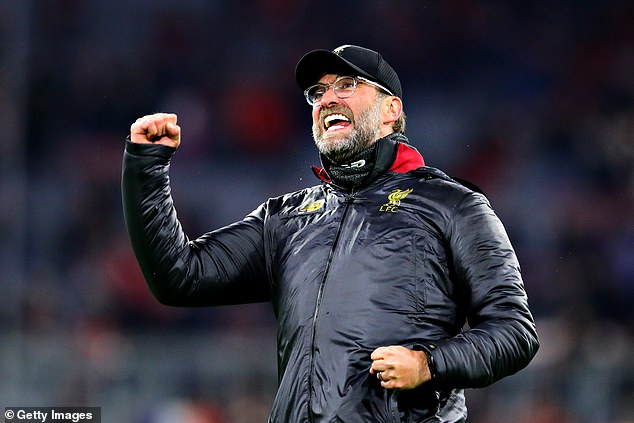 ‘What can I say? I could write a book about his skills, about his strength, how much I like him, what a fantastic person he is,’ said the Reds boss of his £75million man.

‘So young, already so mature, so strong, all good.

‘It’s a difficult place to come. Not a lot of teams have on their cards an away win at Munich. We have that night. Difficult, but cool.’

Another key factor in Liverpool’s continued ability to stay in the race at home and abroad is the form of Sadio Mane.

The Senegal international scored twice at the Allianz, his first a wonderful turn to deceive Germany goalkeeper Manuel Neuer which team-mate James Milner described as ‘ridiculous’, to take his tally to 10 in as many matches.

His last three scoring games have all been doubles and his timing could not have been more impeccable just as concerns were being expressed about Mohamed Salah’s form of three goals in the last 10 and none in the last six – easily his longest run without scoring for Liverpool.

Mane now has 19 for the season, just one fewer than the Egypt international, having taken on the goalscoring burden in the last three months.

‘It’s so obvious that I don’t have to speak about it,’ said Klopp of Mane’s recent form.

‘He knows it, everybody knows it. I don’t want to speak about it really. It’s so important that these boys stay fit.

‘Remind me after the season and I will sing my own song about Sadio Mane if you like. He’s a really good footballer and long may it continue.’ 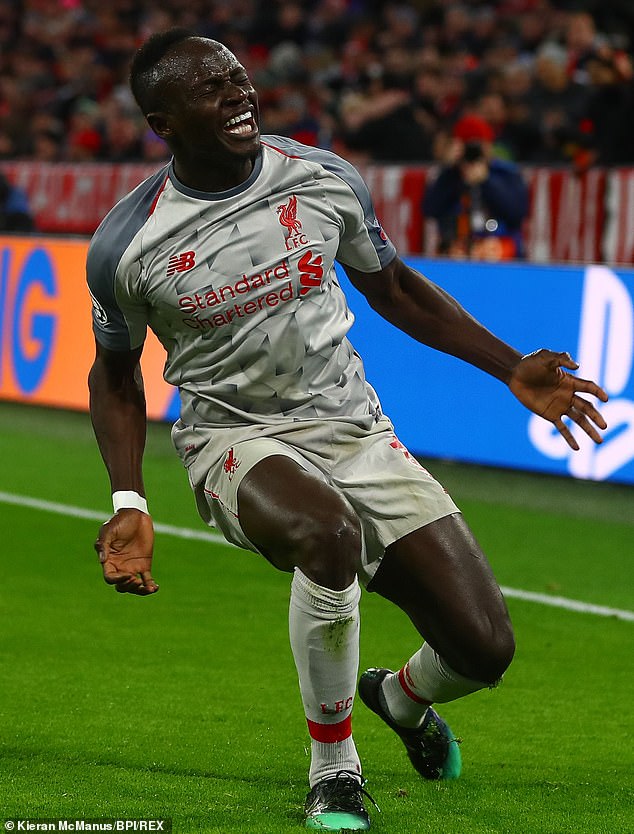 The only downsides to the night were an injury to Jordan Henderson, who rolled an ankle early on which is likely to rule him out of Sunday’s trip to Fulham, and an unnecessary booking for left-back Andy Robertson which rules him out of the Champions League quarter-final first leg.

‘Hendo’s twisted ankle, we have to see. It looks serious enough, and when you have to change in the middle of the park it’s not ideal,’ said Klopp.