Jurgen Klopp insists Liverpool are not feeling the pressure

‘We want to become champions but we don’t experience this pressure’: Jurgen Klopp insists Liverpool are not weighed down by expectation

Jurgen Klopp knows he is under pressure to deliver success but insists the expectation is not causing his Liverpool team to falter.

Liverpool are one point behind Manchester City in the race for the Premier League and head into Wednesday night’s last-16 tie with Bayern Munich with a firm chance of reaching the Champions League quarter-finals.

Klopp has some injury issues ahead of the clash in the Allianz Arena, with Trent Alexander-Arnold struggling due to tightness in his back and Guinea midfielder Naby Keita absent, but he is confident that his team will deliver a big performance. 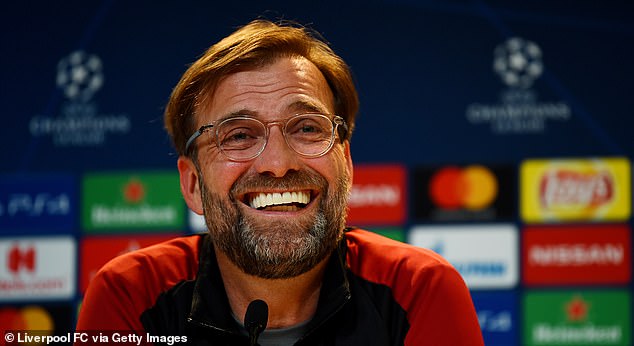 He is yet to deliver a trophy since arriving at Anfield in October 2015 but Klopp believes his team are getting closer.

If they fall short this season, he says it will have nothing to do with struggling to cope with expectations.

‘The pressure and titles? If you come to England people in the pub when they meet before a match ask the same questions and receive the same answers,’ said Klopp.

‘We don’t set that pressure. We want to become champions, we are not stupid, but we don’t experience this pressure. 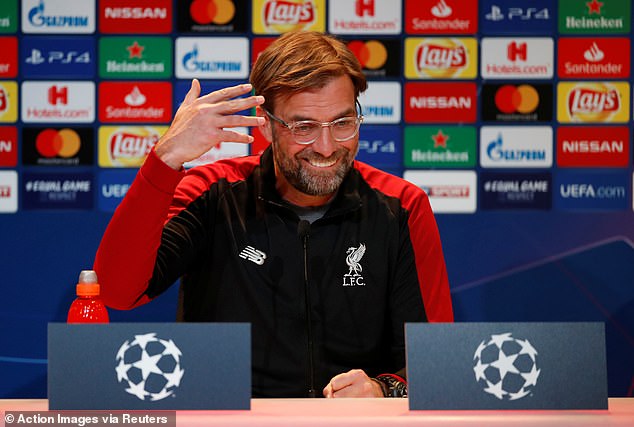 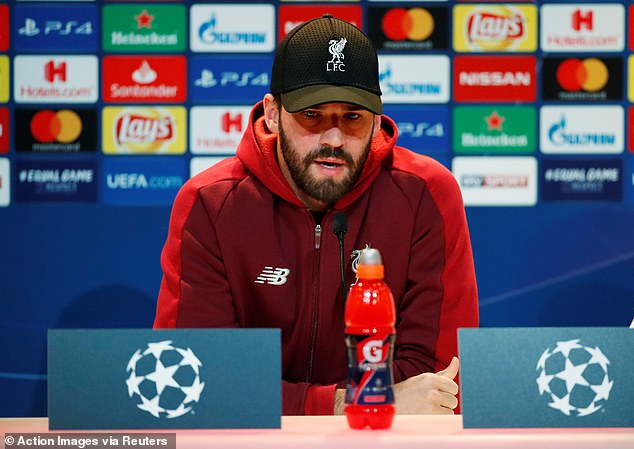 ‘There are only a few people who can throw me out of the club and everything is fine. We are on the same page.

‘We have the strongest competition here to play and also the Premier League against Manchester City but we are a young team and we can develop further.

Klopp has scoffed at the idea Liverpool’s best hope of becoming domestic champions is by being eliminated from Europe – ‘I think only the manager of Liverpool has to answer this question,’ he said – and his goalkeeper Alisson believes the squad have the ability to do a double.

Alisson has made a huge difference since he took over the No 1 jersey following his £64million move from Roma last July and the Brazil international has confidence that Liverpool can deliver a performance that will make people take notice. 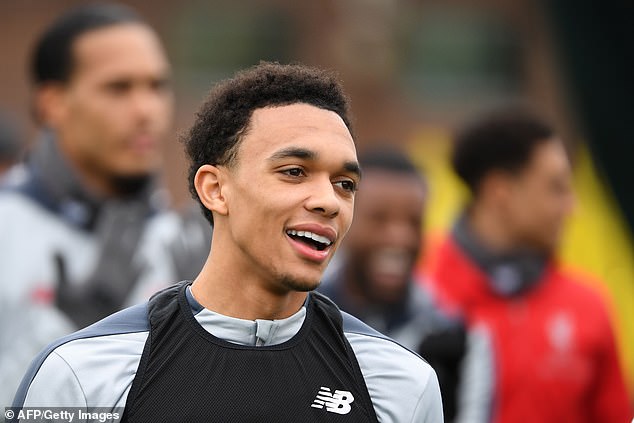 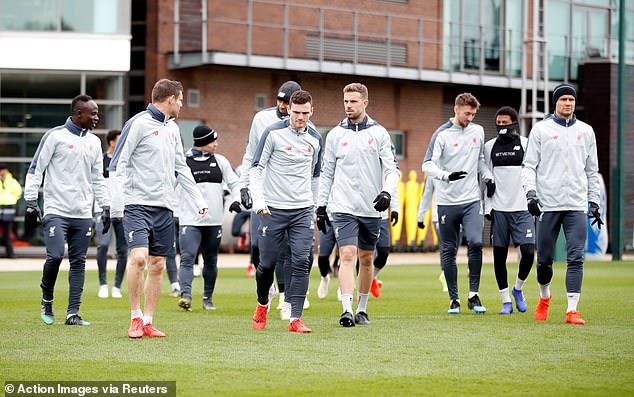 ‘It doesn’t change anything,’ said Alisson, who revealed he has prepared for the prospect of penalties.

‘We have our goals and we are fighting for it. We are always in the league and we are playing the Champions League as well.

‘We are fighting in this, and the spirit of the team is a great thing. We are focusing on this next game, it is a challenge for us.

‘We can’t choose what we go for. Actually, we can choose, and we choose both. Two big competitions.

‘Of course, the Premier League is a long time that Liverpool haven’t won that, and never won it under that name. We will fight for both.’