Mo Salah was back to his best, firing a double as Liverpool blasted Red Star Belgrade aside to inject life into their Champions League campaign.

The Egyptian put Jurgen Klopp’s men 2-0 up after Roberto Firmino had given them the lead. Salah added a second-half penalty — his 50th Liverpool goal in just 65 games.

Following Salah’s substitution, Sadio Mane made up for a missed penalty by netting the fourth. The result saw Liverpool bounce back from a disappointing late 1-0 defeat at Napoli in their previous Group C fixture.

A delighted Jurgen Klopp paid tribute to Salah’s teammates. ‘I think he would say thanks to them!’ he said. ‘But it’s an exceptional number, hopefully he can continue.’

Salah, who scored a staggering 44 goals across all competitions last season, had been criticised for a relatively sluggish start to this campaign.

However, on a night the power went out in the main stand he put in an electric performance. The 26–year-old, however, was expressionless throughout and did not appear to show any emotion for both of his goals.

Klopp was not worried when asked if his talisman, who was substituted to a standing ovation, was happy. ‘He’s completely fine,’ he said. ‘It’s all good. I saw couldn’t see his face (when he scored) but I know he’s fine. I saw his face when I took him off – that was different!’ 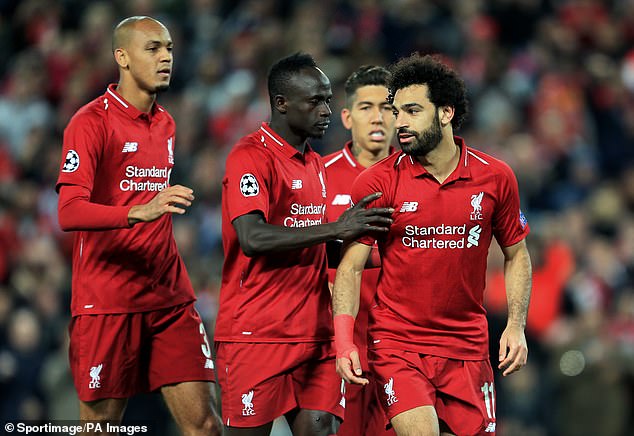 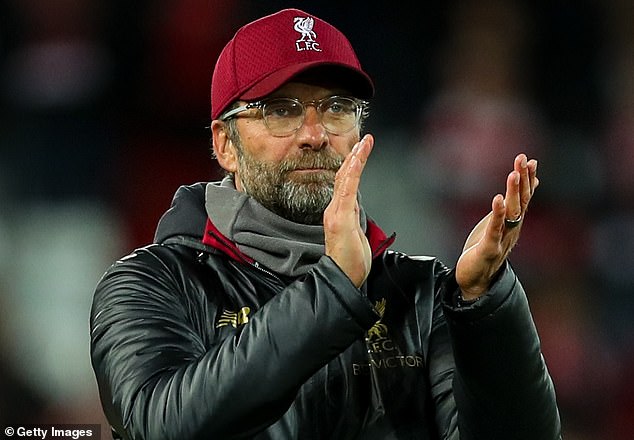 The German coach was delighted with his side’s performance. ‘It was a good football game to be honest,’ he said, ‘a deserved win – and that’s all we wanted.’

Salah, who said he was ‘very proud’ to reach the landmark, promised that more was to come.

‘I want to keep scoring and helping the team to win games,’ he said. Following the forward’s departure Sadio Mane made up for a missed penalty by netting a fourth as Liverpool overwhelmed the Red Star, whose supporters were banned from attending a one-sided Anfield clash for a pitch invasion at an August play-off in Salzburg. 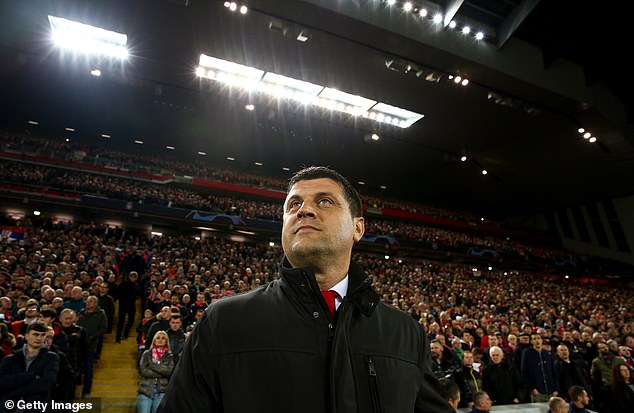 He added: You’ll see what our supporters are like when you come to Belgrade.’

The result saw Liverpool bounce back from a disappointing late 1-0 defeat at the hands of Napoli to go top after the Italians drew 2-2 with Paris Saint-Germain in France.

‘It won’t be a big surprise for you to hear that I think we are not through yet,’ Klopp added.

‘This group stays exciting to the end. We can’t do more than keep winning our own games.’