‘You know before you ask that it’s a s*** question!’: Jurgen Klopp jokes with reporter at Liverpool press conference before being asked about ‘Inevitables’ tag on Premier League title bid

Jurgen Klopp was in a jovial mood as he took questions during his pre-Shrewsbury press conference, telling one reporter he was about to ask a ‘s*** question’ about Liverpool’s blistering title charge.

The Reds are well on course to end their 30-year wait to be crowned champions of England, but Klopp was in no mood to answer questions on the perceived certainty of Liverpool’s tilt.

With a full floor at Liverpool’s Melwood base, Klopp’s first question came from a reporter who began to laugh before getting out his words. 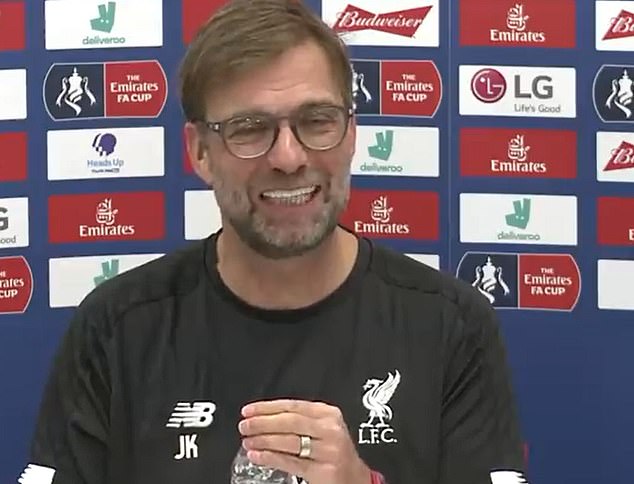 Ever the people-reader, Klopp sensed the introductory line was about to form a question about his side’s seemingly imminent title win, and dealt with the situation in comical style.

‘Oh you know already before you ask that it’s a s*** question,’ said the German with a huge grin.

‘I like that you still ask it. You don’t have to!’

The reporter then proceeded to ask his question, as laughter subsided. It was posed to Klopp that his Liverpool side had been given ‘the inevitables’ tag, given how much open water they had put between themselves and the rest of the table. 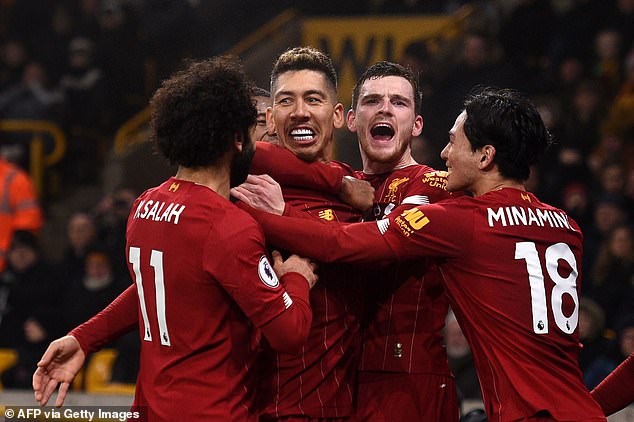 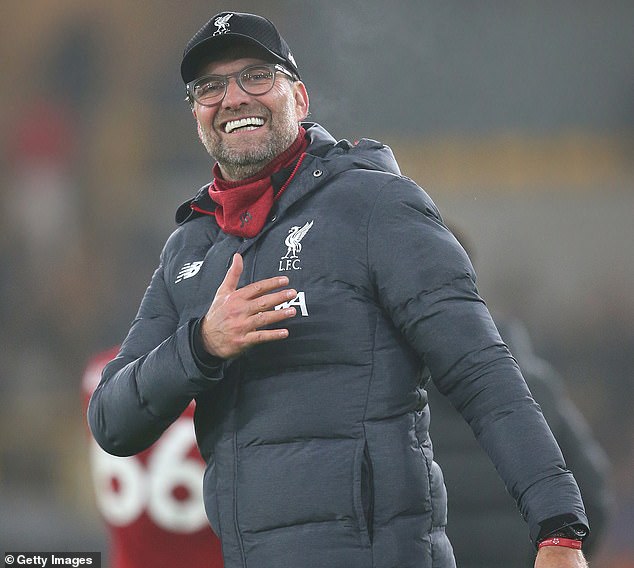 When asked what he thought of such statements, Klopp first had to clear up the actual definition of ‘inevitable,’ having not come across the word during his time in Premier League management.

‘In four and a half years in the country I think I have never heard that word before and have no clue what you talk about, what is it?’ replied the 52-year-old.

When told inevitable suggests something that is going to happen, Klopp broke into laughter before continuing: ‘We’ve said before we couldn’t care less about these kind of things, it’s really like this.

‘As far as I am concerned, I think at this moment we are not even mathematically qualified for the Champions League for next year.

‘So the only thing we can do is be focused on the next football game, this is now Shrewsbury, then West Ham, then Southampton.’