‘We don’t know how bad it is at the moment’: Jurgen Klopp offers injury update on Dejan Lovren after Liverpool defender was forced off in Champions League win over Salzburg

Liverpool face an anxious wait over Dejan Lovren’s fitness after the defender was forced off in the second half of Tuesday night’s victory over Salzburg.

The Croatian started the crucial Champions League group clash despite going off with cramp in the weekend win at Bournemouth.

He lasted just 53 minutes in Austria before he had to be replaced by Joe Gomez, and he was seen limping to the team bus after the game. 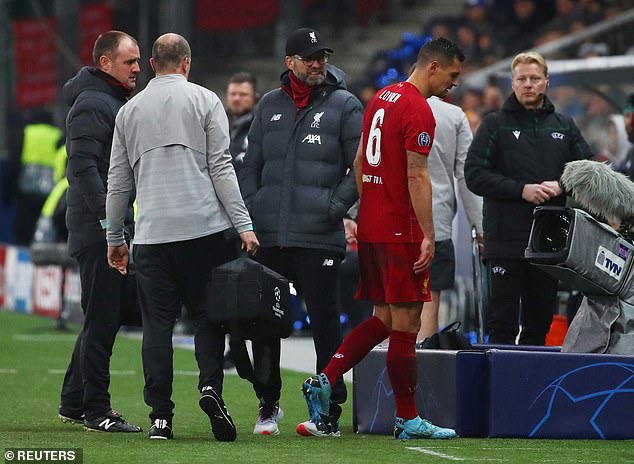 ‘It wasn’t cool,’ said Jurgen Klopp. ‘He played really well and was very important in those 55 minutes. We don’t know how bad it is at the moment. We have to see.’

‘We hope that it’s exactly the same as last time. He felt something and we made the decision.’

It leaves Klopp with Virgil van Dijk and Joe Gomez as his only fit central defenders ahead of a busy festive schedule.

Liverpool are in the midst of a run of seven games in 20 days in four separate competitions. 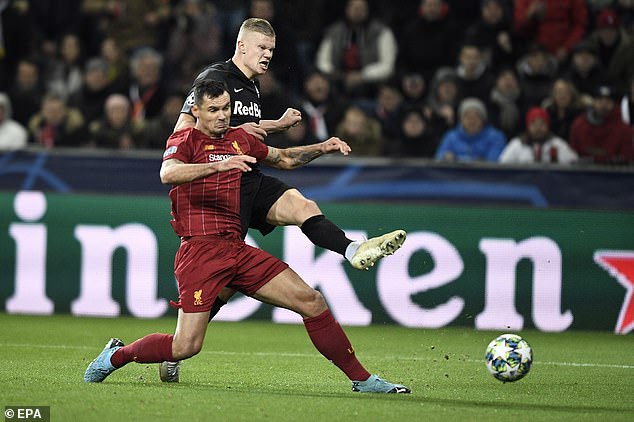 The Reds have three remaining Premier League fixtures in December as well as a Carabao Cup quarter-final at Aston Villa and potentially two games at the Club World Cup in Qatar.

A shadow squad will play at Villa Park next week, less than 24 hours before the semi-final in Doha.

Despite losing Lovren Liverpool rallied to beat Salzburg 2-0 at the Red Bull Arena and secure their place in the last-16.