‘I help him whenever I can’: Jurgen Klopp picks Liverpool legend Steven Gerrard to replace him in Anfield dugout if he was sacked

Jurgen Klopp has earmarked Steven Gerrard to take over as Liverpool manager when he leaves or if he is ever sacked.

The club legend is currently cutting his teeth in charge of Rangers but makes no secret of his desire to one day take the reigns at Anfield.

And Klopp, who led Liverpool the the Champions League last season, says when the time comes he would give Gerrard as much help as he needs.

Jurgen Klopp, pictured after winning manager of the year, says he would help Steven Gerrard 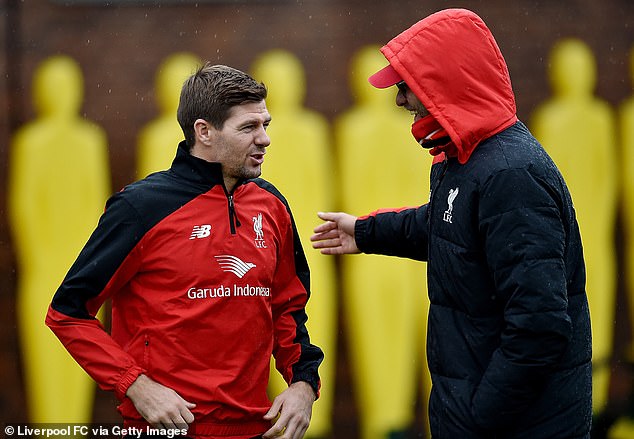 ‘If Liverpool were to sack me tomorrow, then maybe Kenny would be the first choice to replace me, but they would probably bring Stevie down from Glasgow,’ he told FourFourTwo.

‘If you ask who should follow me, I’d say Stevie. I help him whenever I can. If someone gets your job, it’s not about them, it’s about you not being good enough.’

‘I’m old enough to know that I give this job everything. I’m not a genius, I’m not perfect, but I give the club 100 per cent. If that’s enough, great. If it’s not, then it’s just the problem of the situation. 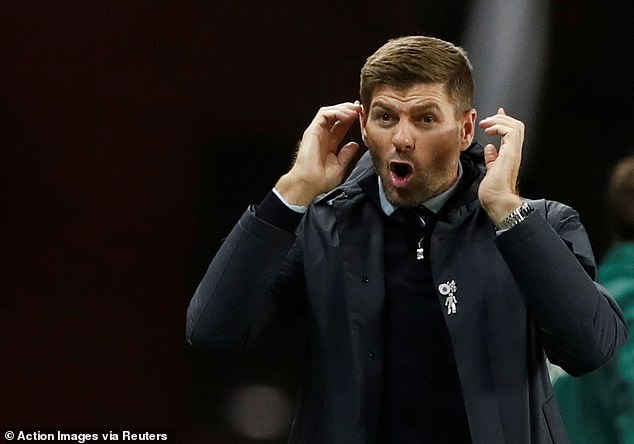 He continued: ‘I’m not jealous, I’m not sceptical. I’m completely open. If you want my help, you’ll get it.

‘My family often thinks that I’m too quick to open up, but I think being any other way is a waste of time. I love life, I love my job, I like most people – that’s how it is.’

Gerrard worked under Klopp at Melwood before heading to Scotland as he learned the mangerial trade with Liverpool’s Under-18s.

The 39-year-old has a strong relationship with the German and the early signs are promising as he has improved Rangers.

They finished second behind Celtic last season and acquitted themselves well in the Europa League, despite not progressing to the knockout stage. 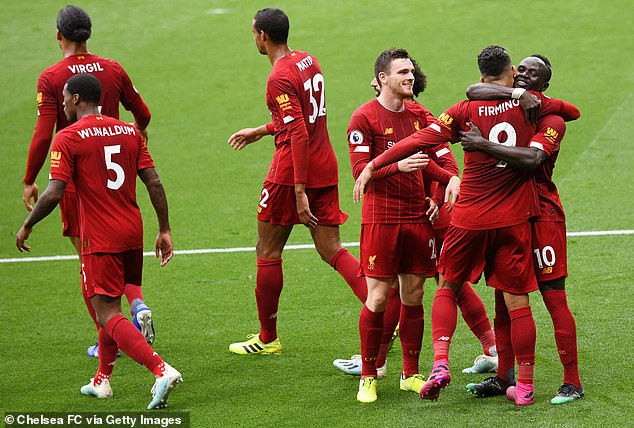 Liverpool are flying high and are currently top of the Premier League, five points ahead

This season, they trail their fierce rivals by three points but the gap between the two Scottish powerhouses seems to be closing.

Klopp’s Liverpool deal runs until 2022 and no doubt Gerrard will be keeping a close eye on the situation as it develops.

Thought of his departure will surely be far from Klopp’s mind for the forseeable future with the Reds flying high and leading the Premier League by five points.