‘It doesn’t look really good to be honest’: Jurgen Klopp reveals Roberto Firmino is unlikely to be fit to face Barcelona due to groin injury

Liverpool manager Jurgen Klopp has revealed that Roberto Firmino is unlikely to be fit for the Champions League semi-final, second leg clash at home to Barcelona on Tuesday.

Firmino has been struggling with a groin problem and was only able to feature as a substitute as Liverpool were beaten 3-0 in the Nou Camp in the first leg.

The Brazil international wasn’t included in Liverpool’s matchday squad for Saturday’s Premier League game away to Newcastle, and Klopp expressed concern regarding the situation.

Klopp told Sky Sports: ‘Bobby didn’t start at Barcelona, he had problems, he has still problems, he’s not even in the squad, he’s just not available. That’s just how it is. So we have to accept it, and that’s why It’s easy to leave him out because the medical department said no chance.

Firmino has been hugely important for Liverpool this campaign – he has scored 16 goals and provided eight assists across all competitions.

Klopp elected to start midfielder Georginio Wijnaldum as a false nine against Barcelona, while Daniel Sturridge started up front against Newcastle. 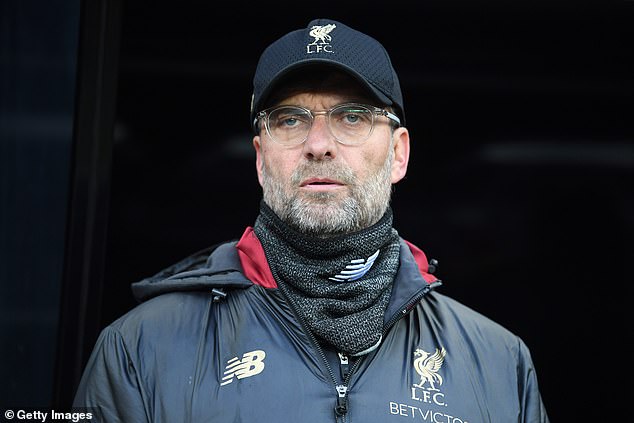 Prior to the game against Newcastle, Klopp commented on the ‘ugly’ tactics that he expected from Rafa Benitez’s side.

Former Liverpool manager Benitez is renowned for setting his team up defensively and has frequently deployed a 5-4-1 formation recently.

Klopp said: ‘We all know how Rafa will line up, the expected one, 5-4-1, what made them successful in the second part of the season. Deep defending, we have to create, be lively, patient, it’s not new. We all feel good. It’s not that we came here today and though “grr Newcastle.”

‘You can see it only as a challenge or you can see opportunity in it as well. We decided to do it this way around so now let’s play football.’

Klopp added that his side were ‘prepared’ for the threat they were set to face at St James’ Park. 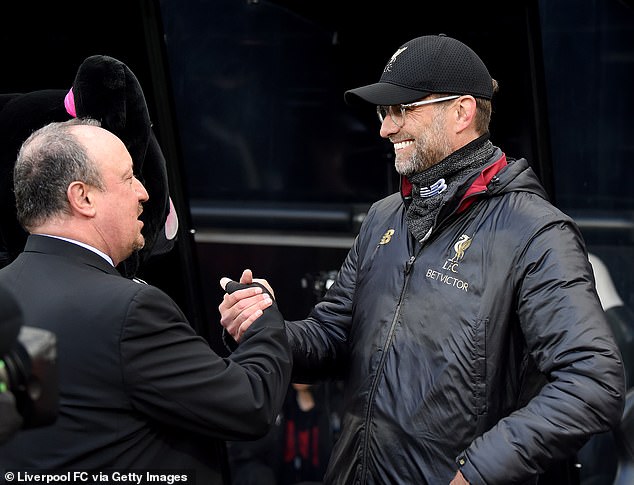 In addition, Klopp spoke about the different tasks in facing Newcastle and Barcelona, with the Spanish side much more attacking in style.

‘We should play completely normal football with the knowledge about the opponent. Rafa’s tactics are ugly but they can only annoy you if you let them annoy you. We are prepared for it, it’s clear, you have to find different spaces.

‘Barcelona defended with one player less than Newcastle, that means they left up Messi and Suarez, they leave up Rondon, the difference is there but it’s not that massive. We have to find a solution. We don’t go for excuses. We want to play a really good football game and that’s all we’re thinking about.’

Liverpool face a major task if they are to reach the Champions League final for the second season in succession.

Luis Suarez opened the scoring for Barcelona in the Nou Camp before Lionel Messi scored a brace.

Should Liverpool somehow stage a remarkable comeback against Barcelona then they will take on either Ajax or Tottenham in the final.