Jurgen Klopp was delivering a eulogy to Paris Saint-Germain when he chose two words to articulate what is required for such a fraught situation — big balls.

The last time he used such a colourful term was on the eve of the 2018 Champions League final, ahead of the clash with Real Madrid that ended in crushing disappointment. Now the moment was right to use it again.

With Liverpool’s prospects in this season’s tournament anything but certain, Klopp had a firm message — it is time to be brave.

‘Paris are a real package, defensively and offensively,’ said Klopp. ‘You have all their offensive players, then Adrien Rabiot, outstanding, Marco Verratti, the whole world wanted him two years ago. You cannot ignore that.

‘If we are not at our peak, we have no chance.

‘So you have to play football against them or you will never get rid of the pressure. With the ball, they make constant pressure so if you have the ball you have to control the game. You need really big balls to do that.’

This was Klopp throwing down a challenge to a Liverpool team who have lost their way in Europe since that final in Kiev six months ago. 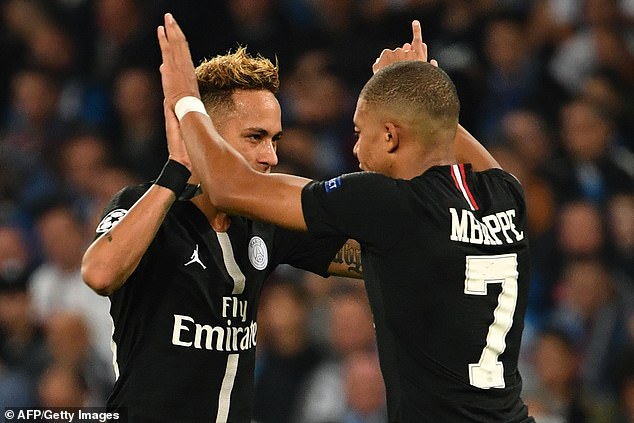 They have lost both their away games this season without scoring, which leaves a question over whether they will escape from Group C.

Should they suffer defeat inside a stadium that is synonymous with their third European Cup triumph in 1981, the consequences would not be calamitous because beating Napoli by two goals would still see them squeeze through. But Klopp has no wish for things to get that tight.

Nor, for that matter, does Thomas Tuchel. PSG’s head coach has made an unblemished start to domestic life in France but Europe — and the prize the club’s Qatari backers crave — has proved significantly trickier.

Klopp said: ‘I know Thomas Tuchel and I’m sure he will ensure their boys ignore what the world outside thinks. They want to go through the group and that will be enough motivation for them. So they have to win — and we want to win.’ 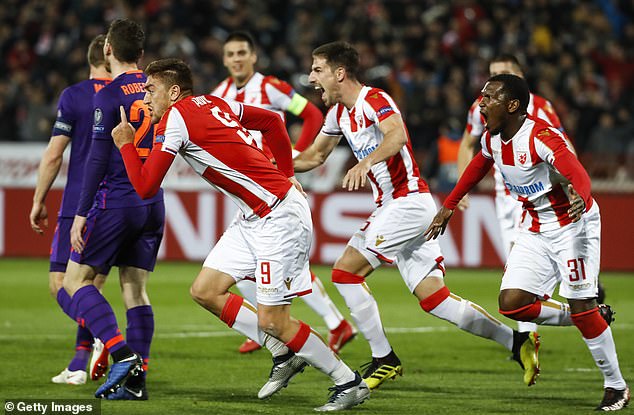 It is why Klopp wants Liverpool to impose themselves on a contest that would be befitting of the final, let alone a group fixture.

The first meeting between the teams in September on Merseyside, which was settled 3-2 in Liverpool’s favour by Roberto Firmino’s injury-time strike, was a brilliant game of football and this has the potential to be just as thrilling.

Going back to August 2017, the combined haul for Liverpool’s front three of Sadio Mane, Firmino and Mohamed Salah and PSG’s trident of Kylian Mbappe, Neymar and Edison Cavani is a mind-boggling 237 goals.

Given that the last seven Champions League fixtures at the Parc des Princes have yielded 28 goals and PSG have only lost two of their last 49 European home games (to Barcelona and Real Madrid) it is easy to see why fireworks are expected. 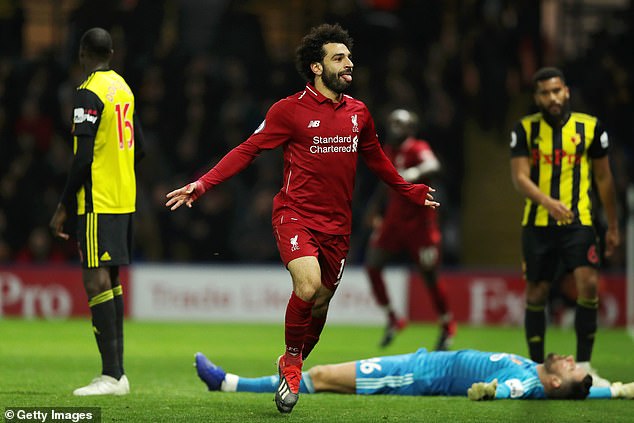 Klopp may well spell out the danger which is threatened by Cavani, along with Neymar and Mbappe — both of whom are fit after suffering injury on international duty – but Tuchel will be just as wary of Mane, Firmino and Salah in the visiting team.

The Eypgtian has now scored six times in his last seven Liverpool games.

Klopp said: ‘It is not just about the goalscoring, it is about overall performance. Salah’s body is back — his physical things he can rely on. Of all the teams, we had the longest season, along with Real Madrid. Mo then went to the World Cup 95 per cent fit because of the injury to his shoulder (suffered in the Champions League final).

‘He had no problem with the shoulder any more, but being healthy does not mean you are 100 per cent. He then had two weeks off. That is absolutely nothing.

‘Then the pre-season starts again and for the first time in his life it was clear that after scoring more than 40 goals, how do we deal with that? How can he be convinced 100 per cent that he scores 40 goals again? The only thing was that his body needed time to adapt.

‘He was still a world-class player, still a threat in a game, but in the scoring situations (at the start of the season) it was not the same calmness, coolness.

‘But since before the last international break it was completely obvious in each session it clicked again. He’s there.’