‘I could say a lot of things about it but I’m not a bad loser’: Jurgen Klopp insists Napoli should not have been awarded penalty against Liverpool but refuses to blame VAR

Jurgen Klopp bemoaned the penalty that punctured Liverpool’s return to Europe but refused to take aim at VAR following another controversy.

Liverpool looked like they would begin Group E by taking a point off Napoli but everything changed in the 81st minute when Jose Callejon tumbled over under pressure from Andrew Robertson; referee Felix Byrch had no hesitation point to the spot.

There was fury amongst Liverpool’s players, though, and television replays showed that Callejon had started to fall before he had made contact with Robertson. Byrch, the German official, refused to use technology to change his decision.

Klopp, who was not too disheartened with his team’s performance, asked the media in his press conference who thought a penalty was the right decision and only two local reporters raised their hands. There was no disguising how much the incident had irked him.

‘I could say a lot of things about it but I’m not a bad loser. I’m not the best loser but I’m not bad.

‘It’s a decision made by human beings. The rules say if it is not a clear mistake and it’s still humans who decide if it’s a mistake. 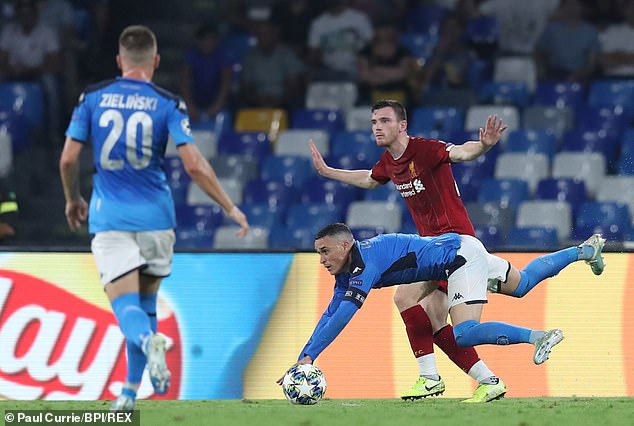 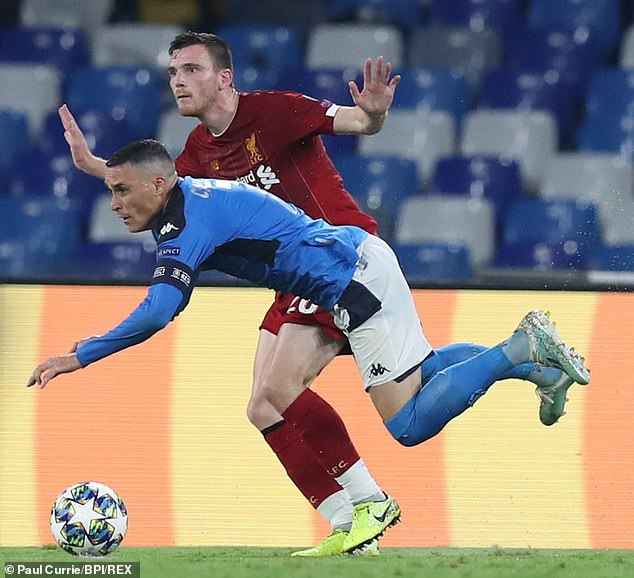 ‘It was very decisive in the moment. I think it will help in the long-term but as long as human beings made the decision there is still potential for failure. We are all like this.’

Klopp added: ‘What can I say? The rules are like this, and they’d have to adjust the rules. The German (refereeing) team, they do it for a while already, the VAR was also German, they have been using it longer than others

‘We played a lot of good football but didn’t finish it off. We controlled moments but had not enough chances in the end. We made decisions that were not right and have to accept the result. It was very often the final ball that was not right.’

The most surprising aspect of the performance were the errors that crept into the game late on – not least the back pass from Virgil van Dijk that allowed Napoli, through former Tottenham striker Fernando Llorente, to kill the contest in injury time.

It was, though, a completely different performance to last year. Liverpool were fortunate to escape with just a 1-0 defeat back then but they were firmly in the contest and had chances to win themselves before Dries Mertens converted from 12 yards. 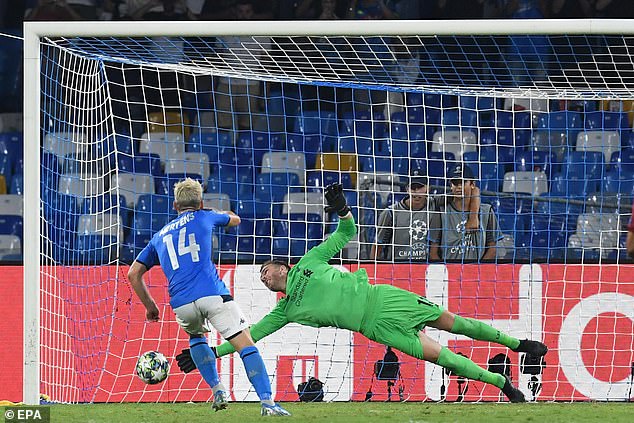 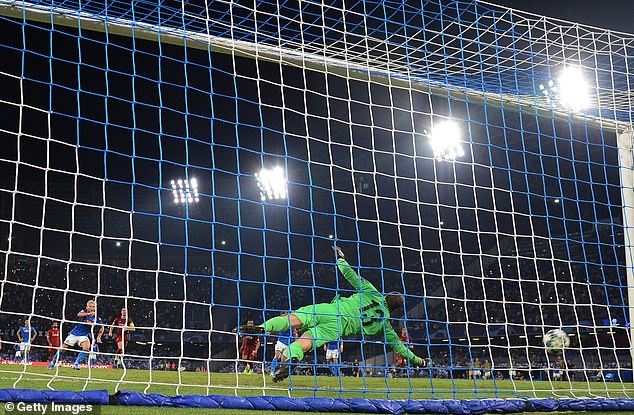 ‘We had a lot of good moments,’ said Klopp. ‘We controlled it in a lot of moments. Both team showed a lot of respect for each other and we defended well against a strong side. It was really hard work. Second half was a bit wilder. Then we controlled again. 1-0 was the game changer.

‘We have to accept the result. We are really critical of ourselves but it was not a really, really bad performance. We could have won but we didn’t score.’

They have now lost six of their last eight fixtures away from home in the Champions League but there is ample time for them to turn things around with games against Red Bull Salzburg and FC Genk to come in the next month.

‘Listen, in the first-half I felt we played some good stuff, we were just missing that final bit,’ said captain Jordan Henderson. ‘Napoli are a good side and you have to defend as a team which I felt we did. The mistakes for the goal, we need to improve on. Overall we can be better, we take responsibility and try and react the right way.’