‘We want to create more stories to remember in the future, not just this one’: Jurgen Klopp warns that hungry Liverpool are desperate to win the Champions League again

Jurgen Klopp has demanded Liverpool create more stories and warned his players are hungry to conquer Europe for a seventh time.

Liverpool begin their defence of the Champions League in Naples on Tuesday night and after a flying start to the domestic campaign, Klopp wants to see his players replicate their form in Italy.

Klopp quickly put Liverpool’s 2-0 win over Tottenham in Madrid behind him and says his squad are focused on creating more history, with the aim of reaching the final in Istanbul next May.

‘You cannot imagine how normal it is to carry on after all the celebrations,’ said Klopp. ‘It is so easy to carry on as normal if you have the right character.

‘If you go nuts and start taking drugs and drinking and driving 15 cars or whatever and leave your missus at home because you are now a Champions League winner, I cannot help you. But we are not like that. We want to create more stories to remember in the future, not just this one.’

Jordan Henderson, Liverpool’s captain, echoed his manager’s sentiments and said: ‘I don’t see it being a problem for this team. We are always hungry for more and want to improve. We always feels we can do better. Everything is possible.’ 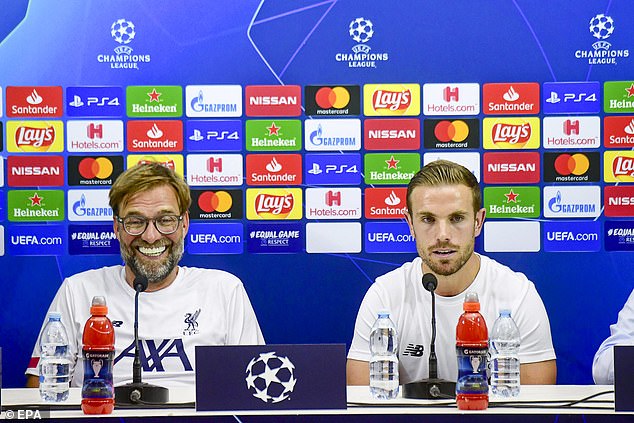 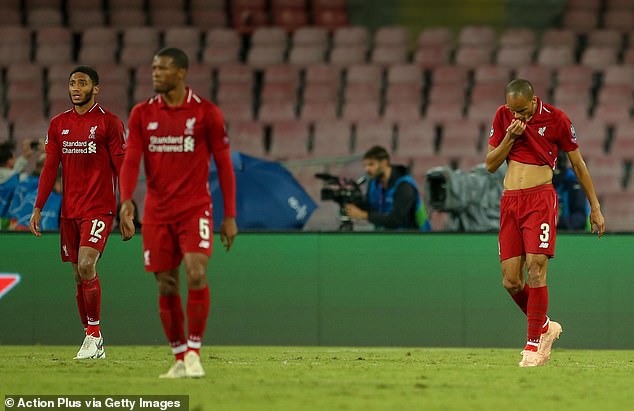 Klopp, who has a doubt on whether Andrew Robertson will be fit to start, was asked whether Liverpool’s sixth European Cup – coupled with five consecutive wins to start the Premier League campaign – made them the best team on the continent.

He replied: ‘Liverpool cannot be best team in Europe because Man City are the best team in world! That’s what I heard. Last year we were really good; we weren’t the best, I don’t think, but good in the right moments.

‘Its football and we’re human beings. We tried to reach the level from last year again; we want to be as consistent at least but to also use our skills and our confidence. Use momentum when it’s there, get it back when it’s not there, stay in the games and fight for everything.’

Meanwhile, Klopp laughed off suggestions that he would leave Liverpool at the end of his current contract in 2022 owing to the weather on Merseyside. 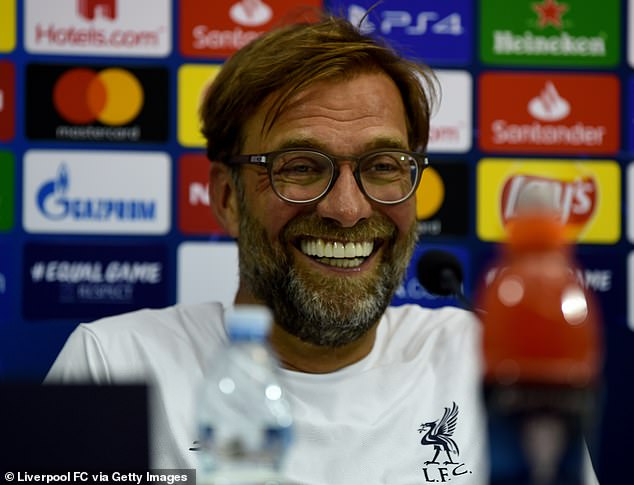 His agent, Marc Kosicke, gave an interview to a German magazine but Klopp was quick to explain that things had been lost in translation.

‘He wanted to make a joke, so I’ll have to be serious I think,’ said Klopp. ‘It was German humour and no-one got it. The weather was not a reason for me in taking a job. You could sing a song don’t move to Liverpool in October, it was cold and dark.

‘I’ve spoken about the weather before and the wind in football but that’s not allowed in England! He’s not even my agent he’s my friend, friends can say what they want. He did that and nobody got his joke.’