Liverpool boss Jurgen Klopp has admitted he is wary of the threat posed by Erling Haaland ahead of his side’s clash with Red Bull Salzburg on Tuesday.

The Reds travel to Austria for their final Champions League group stage clash knowing that they need a point to make sure of their place in the last-16.

But Salzburg are still in with a chance of qualification themselves and can call upon one of the hottest prospects in European football in Haaland. 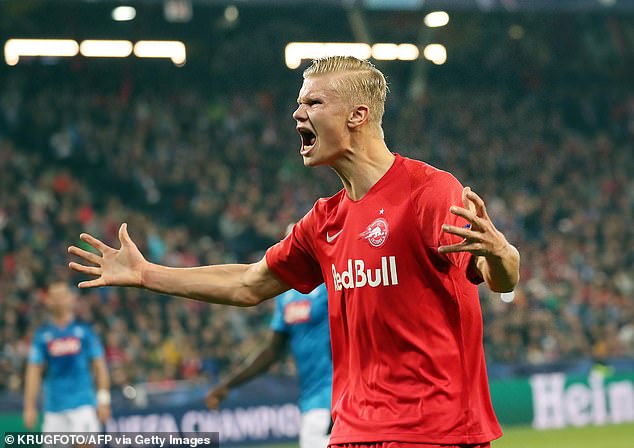 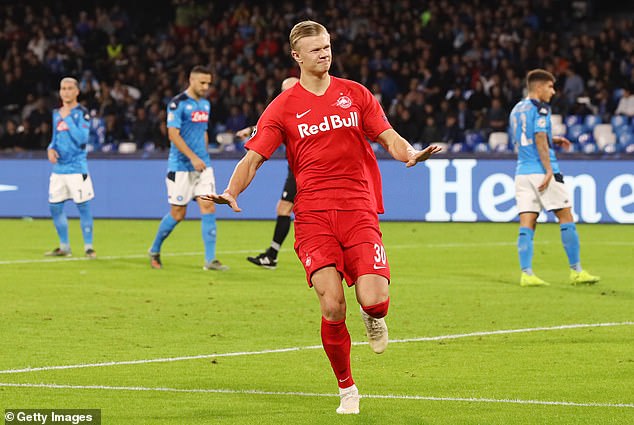 Haaland scored in Salzburg’s first meeting with Liverpool at Anfield in October, which ended 4-3 to the Reds, and already has 28 goals in 21 games this season.

His form hasn’t escaped the attentions of Klopp, who admits he’s been impressed with the teenager and revealed he has a plan to stop him in his tracks.

‘He’s 19 years old, exceptional player, but how would you defend a very good striker? Try to make sure that he gets not that many balls,’ Klopp said. 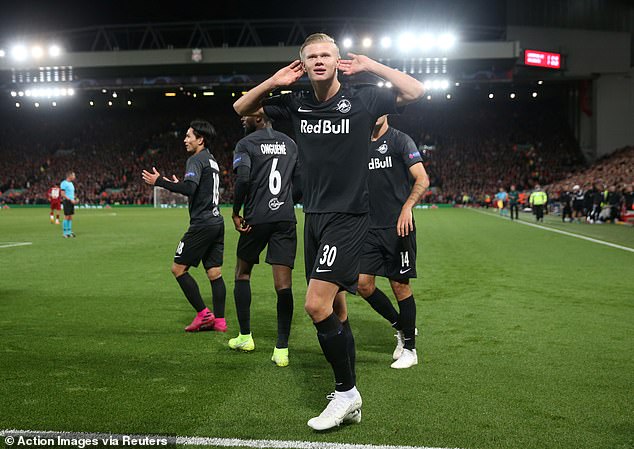 ‘Just a really big, big talent with a wonderful future, 100 per cent, but for tomorrow night, how you defend the best strikers, you try to avoid passes to them, you cut them out of the game and when they have the ball.

‘We have to make it as difficult as possible. He’s unfortunately not the only strong player in their team.’

If Liverpool lose in Austria, they will need Genk to beat Napoli in order to qualify and Klopp has compared the contest to a cup final.

‘Everybody knows it’s a final – we’ve known it for two weeks and we are prepared for that,’ he said.

‘We are not a typical Champions League winner last year, or finalist two years before, we are still ambitious like crazy.

‘We will go for everything, we will run for our lives, so that’s what we are, plus playing football.’