‘It would have to be 100 per cent the right player’: Jurgen Klopp will consider every possible option to improve Liverpool’s squad next summer as he admits internal options could play a part

Jurgen Klopp has promised Liverpool will examine every possible solution as he looks to find a way of improving the league leaders’ squad next summer.

Liverpool’s recruitment in recent years has been so profitable and successful that Klopp was able to sit back once again this month.

None of those players, though are regular starters and with the nucleus of Liverpool’s squad all on long-term contracts, there is no indication at this stage that it will be easy for them to bring in a ready-made star next summer, either.

Klopp, however, knows Liverpool will be in the market when the window re-opens and insists all options are possible, as he tries to find the individual who would be able to come in and increase their quality.

‘Not easy but is it possible? We will see, we don’t know exactly,’ said Klopp. ‘We just prepare potential situations, that’s how it is. We always try to strengthen and to strengthen could mean as well that we look at our own squad. 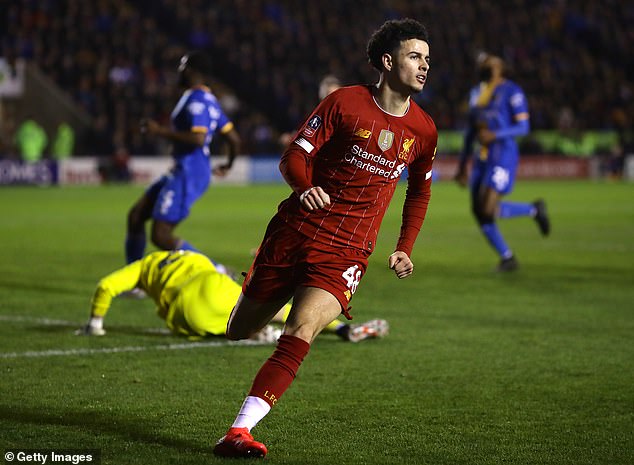 ‘Who can make the next step? Who is ready for doing that? Who will hopefully not be injured and can hopefully make the next steps as well? Like Ox and Naby – some little injuries here and there cost them always a little bit of rhythm, but we all know about the quality of them.

‘Curtis (Jones) came on in the last game, looked pretty promising. These are talks we have, where we try to estimate the future. We believe that we can do a lot with this existing squad, that these boys can make next steps.