Jurgen Klopp’s tower of strength: Virgil Van Dijk is calm at back, force in attack

Jurgen Klopp’s tower of strength: Liverpool defender Virgil van Dijk is calm at the back and a force in attack

Mats Hummels had already had a bad enough week, told by national coach Joachim Low that he was no longer good enough for the German team. If that aged the great Bayern defender, then Virgil van Dijk will not have helped.

With one prodigious, muscular leap in the 69th minute of this game, Van Dijk soared above and over Hummels to power in a header from a corner that effectively decided this tie and may yet serve to re-energise Liverpool’s season at home and in Europe.

It was a throwback goal, the kind teams used to score before lumping corners to the far post became unfashionable. It was a goal carved out of desire and physical strength and timing. It was a goal beautiful in its simplicity and its irresistibility and it felt like the biggest moment of Liverpool’s season so far.

It signalled the end of Bayern in the Champions League at an unseemly early stage and that in itself is a big deal. At this time of year the Bavarians are usually just warming up.

Perhaps it will also serve as a starting gun for the home straight of Liverpool’s footballing year. If Jurgen Klopp’s team are to win anything between now and the end of May, their results will have to be pretty much perfect.

Manchester City’s run-in in the Premier League is not taxing and they are in form. How many points will they drop? Two? Three maybe? A couple of draws or maybe one shock defeat?

If that is the way then Liverpool’s task is simple. They will have to win every game and here on a cold spring night in Germany they produced something special and convincing enough to maybe make them feel that they could do it.

Before this game there was talk of how a Champions League exit could help Liverpool’s league prospects. Such a suggestion annoyed Klopp but it was easy to see the point. If Liverpool were not involved in Europe but City – so desperate for continental success – were then maybe Klopp and his players could benefit.

Now that is no longer a conversation, it is time to flip the whole thing on its head. Winning breeds winning after all. Footballers who win big games rarely complain of feeling tired and it could well be that Van Dijk and his team-mates feed off the adrenaline of this result. 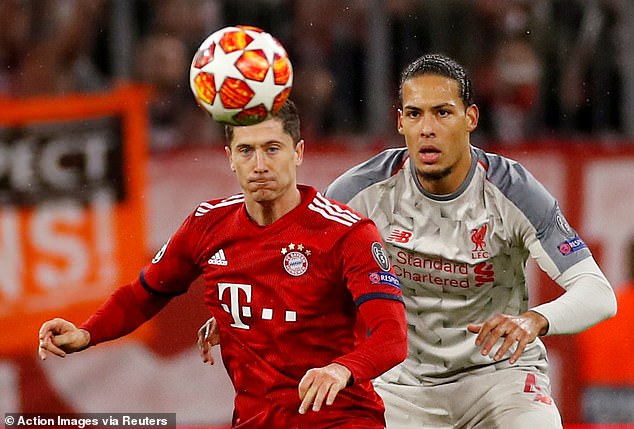 Van Dijk, as he typically is, was resolute at the back as Liverpool went through

After winning the treble in 1999 with Manchester United, manager Sir Alex Ferguson looked back on the FA Cup semi-final replay win over Arsenal and said it was that result that won them the Premier League. It was, he believed, the victory that pushed them forwards on three fronts. Had they lost that game, he argued, it was quite feasible they would have won nothing at all.

For Liverpool one trophy this year would do. Klopp has not won one yet, after all. Here, after a few weeks of up and down football, Liverpool once again looked like team capable of beating the very best on their day. It is something we said often last season, not so much this time.

Certainly this was a bravura performance, a display quite at odds, for example, with the one put together by their great rivals United in Paris last week. 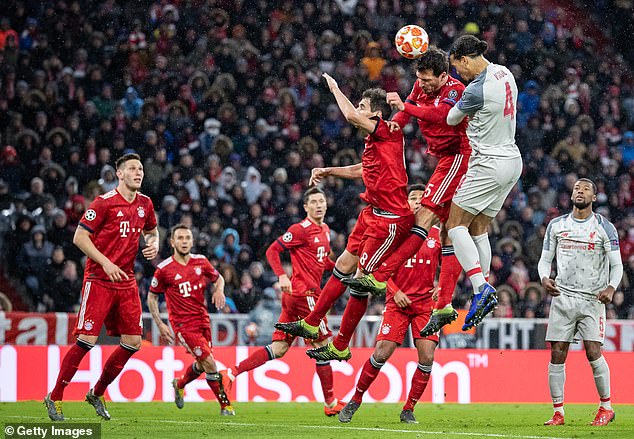 For a while early on, it looked as though Bayern would wear Liverpool down. The German team enjoyed the possession and it seemed as though chances would come.

A goal changed everything. A missile of a long pass from Van Dijk – he is good at those – allowed Sadio Mane to embarrass Manuel Neuer in the Bayern goal and from that moment the course of the game was set.

The equaliser Liverpool conceded was sloppy. They switched off collectively after Fabinho conceded a daft foul and when they woke up Bayern were back on terms.

However, the beauty of this was performance was in what happened subsequently. Liverpool were superior all over the pitch in the second half to the extent that Bayern – a team on a roll of good form in the Bundesliga – hardly registered an opportunity.

Van Dijk – surely a future Liverpool captain – led the team with sureness after Jordan Henderson’s injury while Fabinho – on as an early substitute – exerted a dominance on the centre of the field that few visiting players have managed at the Allianz Arena over the years.

Klopp seemed a happier, more relaxed man afterwards and it is a countenance that suits him better. He has seemed edgy at times recently but results like this can smooth fraying nerves. ‘We are back’ said Klopp and he may well be right. 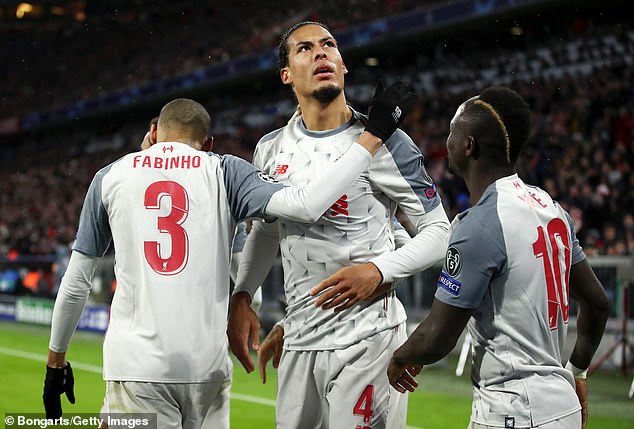