Mark Benavides, 48, a former San Antonio attorney, is accused of having sex with his clients in exchange for his legal services.

Mark Benavides, 48, (pictured in court) a former San Antonio attorney, is accused of having sex with his clients in exchange for his legal services

Benavides repeatedly ordered the woman to ‘come back here’ in the footage, while the woman pressed her hands against her face and sobbed.

The jurors were so shocked by the clip that the judge sent them out for a break. As they were walking out, one woman fainted at the door.

She was later excused and replaced with an alternate.

The woman in the video later explained to the court that she felt she had to sleep with her lawyer because ‘he said he would help me get my son back.’

She said they’d first had sex in July 2014 – on the same day that he was appointed by the court to work as her attorney.

She said they would go to a motel in San Antonio, where he told her what to do sexually while recording the encounter. When she asked why he was filming, he said it was just for him, she told the court. 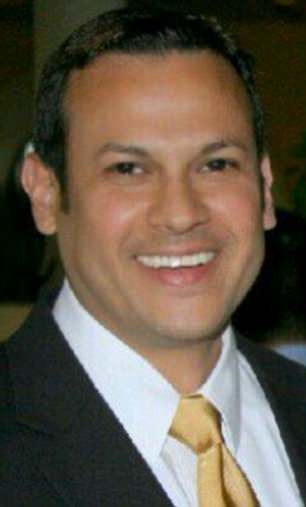 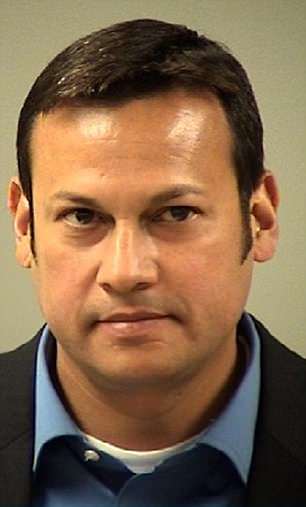 Benavides (left and in his mugshot, right) repeatedly ordered the woman to ‘come back here’ in the graphic footage which caused one juror to faint

‘Sometimes he would ask me my name, how old I was, and ask, ‘What are you going to do?’ she testified.

She was encouraged to answer: ‘I’m going to [expletive] my lawyer.’

She said Benavides told her to say ‘bye’ to the camera after they finished.

The 48-year-old, who has since been disbarred, was first arrested in November 2015 accused of using force or coercing at least nine female clients into prostitution.

At the time he had been running as a candidate as a state district judge.

Several of clients claimed that Benavides promised them he’d help them, and even get the cases thrown out altogether if they slept with him, according to an arrest warrant affidavit.

Benavides was indicted earlier this month for continuous trafficking of women between 2012 and 2015.

That is fifth open case against Benavides who is also charged with sexual assault of a child and other crimes, court records show.

If convicted, Benavides faces up to 99 years in prison.

Prosecutor Meredith Chacon told the jury:  ‘He used our justice system to acquire his women.’

Testimony is expected to continue today.