Timothy Jones Jr. was sentenced to death by a South Carolina jury in June for the murder of his five young children in 2014

Jurors who were left traumatized by the trial of Timothy Jones Jr., a father who murdered his five young children, have told how they believe his six-year-old son spoke to them from beyond the grave through one his most beloved toys.

As a prosecutor handed a Woody doll from Toy Story over to the South Carolina jurors, it was heard saying, ‘Boy, am I glad to see you.’

Members of the jury were left shaken and distressed by the haunting message which they believed to be from little Nahtahn, 6, who they were told during the trial this past June had loved Woody ‘more than anything,’ reports South Carolina’s The State newspaper. 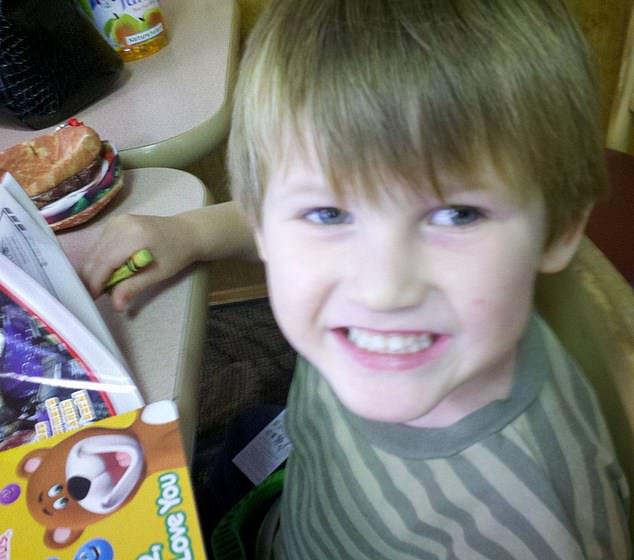 Members of a South Carolina jury who sentenced Timothy Jones Jr. to death for the murder of his five children, including Nahtahn, 6, pictured above, said the child had sent them a message when they inspected one of his most prized toys during his father’s trial 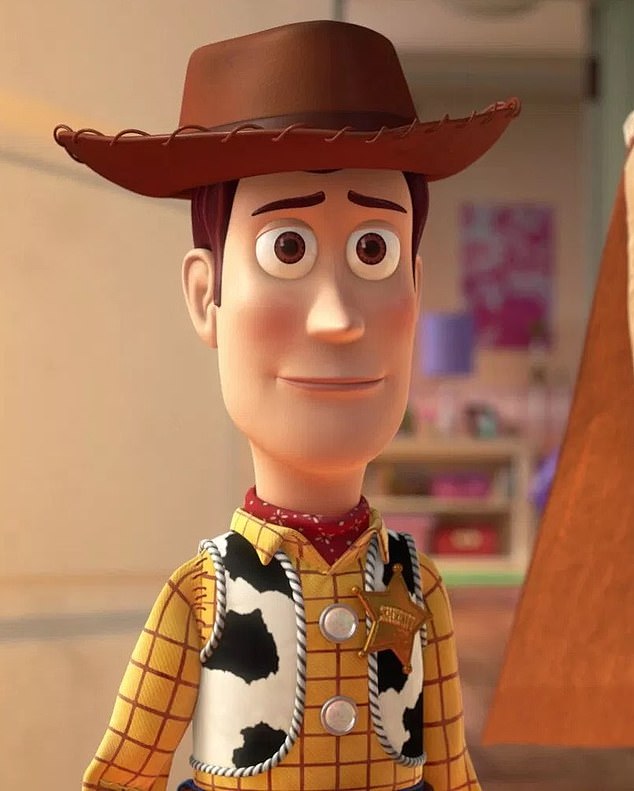 A ‘Woody,’ sheriff’s doll from the beloved ‘Toy Story’ movies which had been shredded by Jones to torture his son Nahtahn, was still operation when it was passed to jurors who flinched when they heard a recording from the toy say ‘Boy, am I glad to see you’

Jurors learned during the trial that Jones, a divorced software engineer, had saved the worst torture for Nahtahn. The child was forced to do military-type exercises until he dropped dead from fatal exhaustion as a punishment for breaking an electrical outlet and reporting it to his mother, not his dad, in August 2014.

Jones, whose lawyers depicted him as a victim of a troubled upbringing and who was wrestling with undiagnosed schizophrenia while drinking and doing drugs after his divorce, took the next several hours to carry out the rest of the murders.

It was the depictions of the gruesome slayings that left jurors traumatized for months after the trial, they say.

‘I think about it every day,’ a 52-year-old woman told the State.

Identified only by the initials, L.A., the woman served as an alternate juror until being excused near the trial’s end.

‘Many times during the trial, I went in the jurors’ bathroom and just wailed – cried my eyes out,’ she said.

Until now, Jurors haven’t spoken about the difficulties of sitting through the trial. Some say they believe they endured some of the most harrowing testimony ever uttered in a South Carolina courtroom.

Even veteran cops and journalists seated in the court room fought back tears and could barely keep watching as horrific evidence was presented during the trial.

The impacts on the jury varied from life-changing to pure trauma.

A juror, who works at University of South Carolina School of Medicine, was among the less affrected, anda said he only thinks about it ‘on occasion. It has not affected me as it has others.’

Most others say they cant shake some of the horrific imagery, including repeated testimony from law enforcement officials about ‘the smell of death’ from the Jones children’s decomposing bodies triggered flashbacks.

‘I smelled death in Bosnia, and since then, I’ve had nightmares about it,’ said a 50-year-old woman, who participated in unearthing mass war crimes graves in Bosnia. 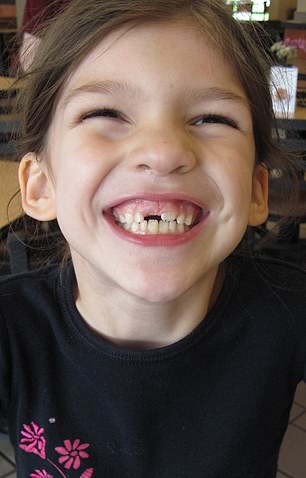 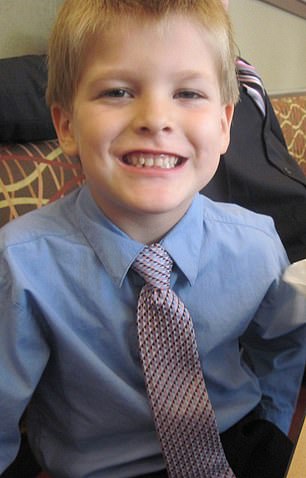 Jones strangled his eight-year-old daughter Merah (left) despite her pleading ‘Daddy I love you’ in a murderous rampage. Also strangled was Elias, 7, (right) 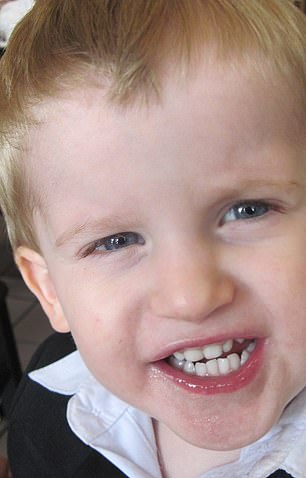 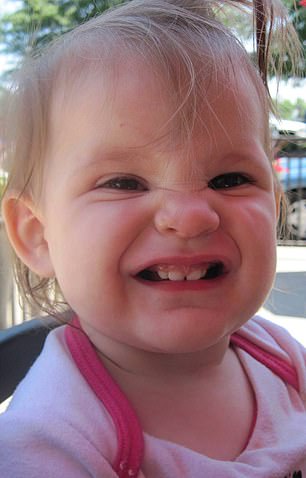 Jones confessed that he had to use a belt to strangle his youngest kids, 2-year-old Gabriel (left) and Abigail, 1, (right) because his hands were too big to carry out their horrific murders

The juror said she was so upset she had to seek therapy and counseling at a local Veterans Administration Center.

The Jones trial ‘brought it back like it was yesterday,’ she said, referring to war experiences.

A 39-year-old Lexington County woman who was the foreperson of the jury said that she returned home to her loving family and ‘broke down. My husband’s like, ‘What are you doing? You don’t cry,’ the  woman said.

After jurors delivered their verdict calling for death, Judge Eugene Griffith spent time with them to say thanks and to hear them out. Jurors also were given information on where to seek counseling to help them cope with the what they had learned about the sad fate of Jones’ children.

After Nahtahn’s passing, Jones left the trailer where he lived with the children in Lexington, South Carolina, to buy cigarettes, and brought his daughter, Merah, along so she wouldn’t call for help.

The three remaining children stayed behind with their brother’s dead body.

That’s when he ‘sentenced his kids to death,’ Prosecutor Rick Hubbard told the jurors.

Jones admitted he strangled his seven-year-old son Elias and Merah, 8, in a fit of rage, despite the young girl pleading with him, ‘Daddy I love you.’ 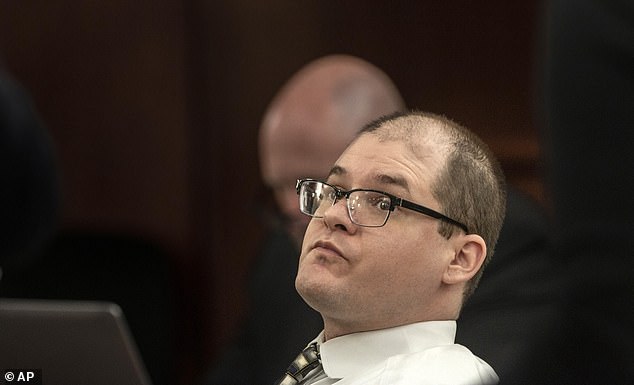 Jones (above), according to his lawyers, was a victim of a troubled upbringing and who also wrestled with undiagnosed schizophrenia while drinking and doing drugs after divorcing the mother of his children, whom he admitted to murdering 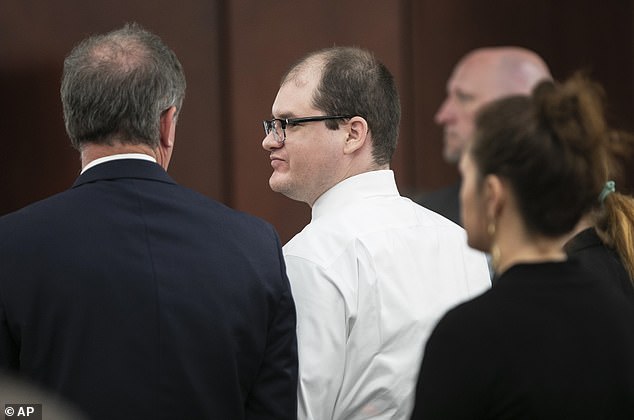 After killing the children, Jones (above) loaded their bodies into his SUV and drove around the Southeast US for nine days before dumping them in five black garbage bags on a dirt road near Camden, Alabama. He was arrested hours later after at a traffic checkpoint in Mississippi

The killer dad said he also used a belt to strangle his one-year-old, Abigail, and two-year-old, Gabriel, because his hands were too big.

Following the unspeakable acts, Jones loaded their bodies into his SUV and drove around the Southeast US for nine days before dumping them in five black garbage bags on a dirt road near Camden, Alabama.

He was arrested hours later after an officer at a traffic checkpoint in Smith County, Mississippi, said he smelled a horrible odor of decomposition.

Authorities pieced together the case using Jones’ own confession to police, bizarre web searches on his smartphone and handwritten notes found in his SUV nine days after the killings.

Prosecutors ended his closing argument with those bags.

They had entered photos showing what was inside the bags into evidence, but didn’t show them to the jury. Jurors could choose to look at them during deliberations if they wanted.

‘If you have any doubt for the appropriate sentence for that man, look in the bag!’ Hubbard said.

During the trial, family members said they already had to mourn the deaths of the five children and pleaded with the jury to spare ones the death penalty.

Even his ex-wife, Amber Kyzerwhom, whom Jones divorced after discovering she was having an affair with a teenager while she as pregnant with their last child, took the stand to ask that he not be given the death penalty.

In the end, Jones showed no emotion as the jury delivered a unanimous verdict on June 13, after less than two hours of deliberation, that sentenced him to death.

The panel passed on life without parole.