The confession tape of the man accused of killing jogger Karina Vetrano was played in court for jurors during his murder trial Friday.

Jurors watched playback of the video tape in which Chanel Lewis, 22, can be heard admitting that he ‘finished her off’ while appearing to confess to 30-year-old Karina’s murder in Queens, New York’s Spring Creek Park.

In August 2016, Karina was violently and fatally attacked while she was out jogging. She was punched in the face, thrown to the ground, violently raped and then strangled in a marsh, about a block away from her house, where her father, Philip Vetrano, would later find her partially-clothed body.

Jurors watched a confession tape in which Chanel Lewis, 22 (left), said that he killed Karina Vetrano, 30, while she was jogging in Queens, New York. Lewis pictured here on Friday

In the tape, which was recorded in February 2017, Lewis told authorities that he had punched Karina five times, before dragging her ‘by the hands’ into the grass near the jogging path, where he said he ‘finished her off,’ according to the New York Post.

During the taped confession, Lewis also said that he ‘was beating her and was mad at her,’ after she tried to fight him off.

‘I got angry,’ Lewis said, according to the New York Daily News. ‘I saw red. I never meant to do anything.’

He also said in the tape that Karina had not done anything to provoke him and that she never screamed because ‘her teeth broke.’ 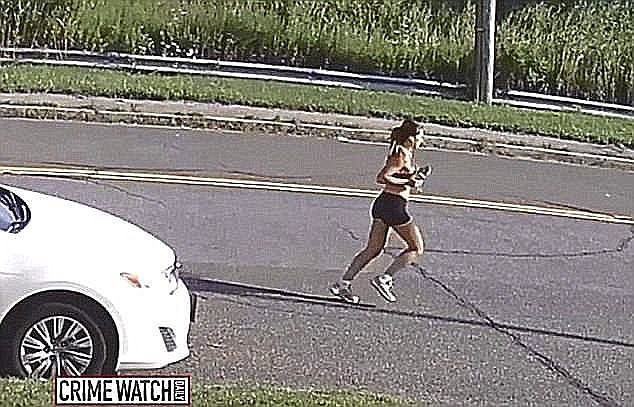 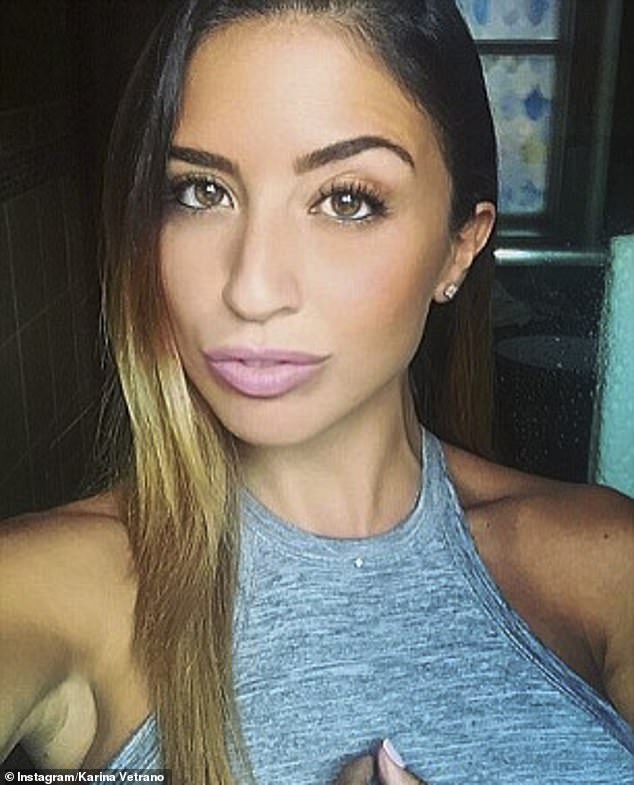 In August 2016, Karina had gone out for a run when she was violently and fatally attacked 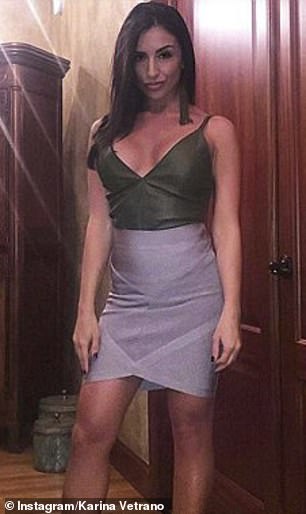 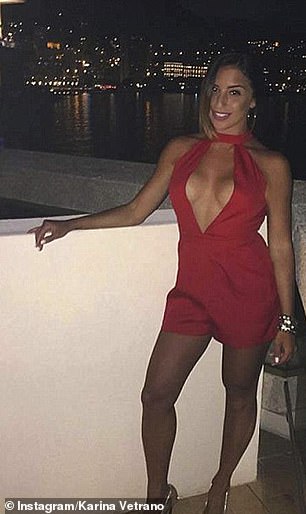 Karina was punched in the face, thrown to the ground, violently raped and then strangled in a marsh. Her father found her partially-clothed body about a block away from her house 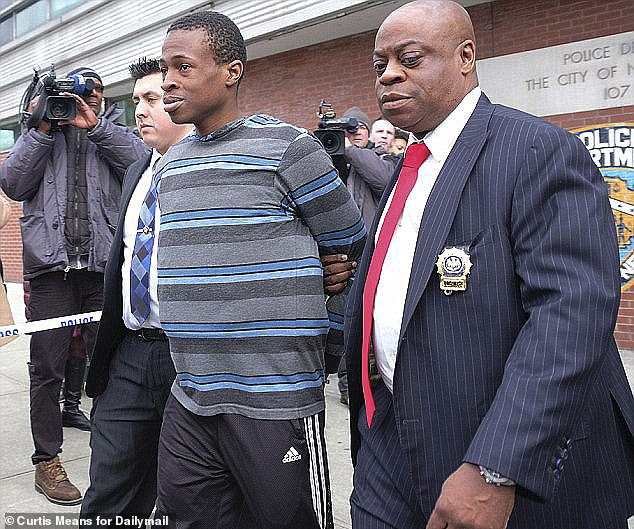 When speaking about her actual death, Lewis’ statements — which were described as being both mumbled and rambling — seemed to contradict Karina’s autopsy findings.

In his confession, Lewis said that ‘There was a puddle of water. She fell into it and then she was drowning.’ However, her autopsy report stated that Karina died of strangulation.

Lewis denied raping Karina before allegedly murdering her, though.

‘I didn’t do any of the other stuff they said,’ Lewis said in the tape. ‘Sexual assault and other stuff.’ 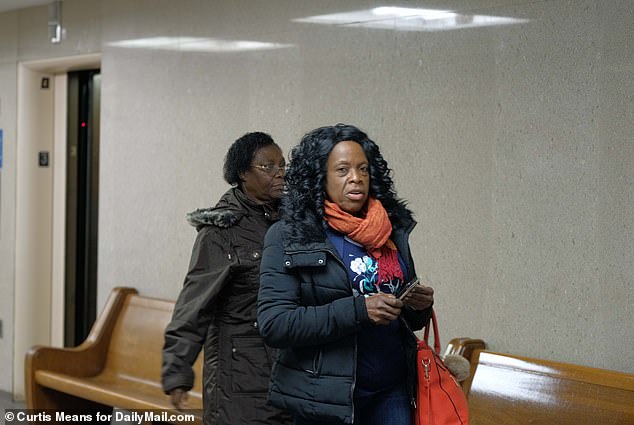 Lewis was arrested and charged in connection to Karina’s murder six months after the attack. He was linked to her death by DNA evidence, obtained from a consensual cheek swab and then compared to DNA evidence that was recovered from under Karina’s fingernails.

In February, a judge decided to let the DNA evidence and Lewis’ videotaped confession be used at trial. His lawyers had previously questioned the validity of his DNA sample and the manner in which his confession was gained.

Police were said to have stopped Lewis from making a phone call until after he confessed to the crime. He arrived at the police precinct at about 6.30pm and his confession was not made until 6am the next day.

Other recordings made during his interview revealed that Lewis had asked authorities to let him speak with his parents and his sister.

Lewis’ confession tape was previously played in public in 2017, during a pre-trial hearing.