By Michelle Thompson For Dailymail.Com

A new poll indicates 37 percent of American parents plan to have their children inoculated against COVID, and more than 60 percent of vaccinated adults say their kids will get the jab.

Conversely, 35 percent of parents are opposed to having their children injected with a COVID-19 vaccine, according to the CBS News/YouGov survey of 2,054 adults.

Just 10 percent of unvaccinated moms and dads will insist upon the vaccine for their children.

The survey, completed Friday, showed 26 percent of parents are undecided about the jab, meaning more than 60 percent of adults haven’t committed to having their child vaccinated against a virus that’s killed more than 700,000 Americans.

Parents of children aged five through 11 participated in the survey; Pfizer last week asked the FDA to expand emergency use of its COVID-19 vaccine to children in that age bracket. 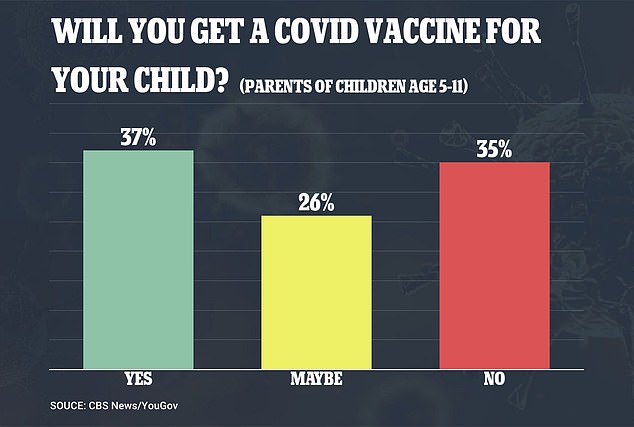 About 35percent of parents said their child won’t get the vaccine, and 26percent aren’t sure

The vaccine-reluctant said possible side-effects, distrust of the government and scientists, and lack of thorough testing were their main concerns.

Interestingly, many parents who’ve themselves had the vaccine say they don’t want their young children to receive it.

Around 500 American children have keen killed by COVID since recording began in May 2020, with the vast majority of childhood cases proving mild.

Government advisors insist vaccines are thoroughly-tested and safe, although they have been linked to serious and potentially deadly heart-inflammation in very rare cases, particularly among young men.

The survey’s results are consistent with a similar poll completed by the Kaiser Family Foundation, which showed 34 percent of American parents plan to vaccinate their schoolchildren as soon as a vaccine for the five-to-11 age group is authorized.

The nation’s leading infectious disease expert on Sunday put out a message to parents reluctant to inoculate their children. 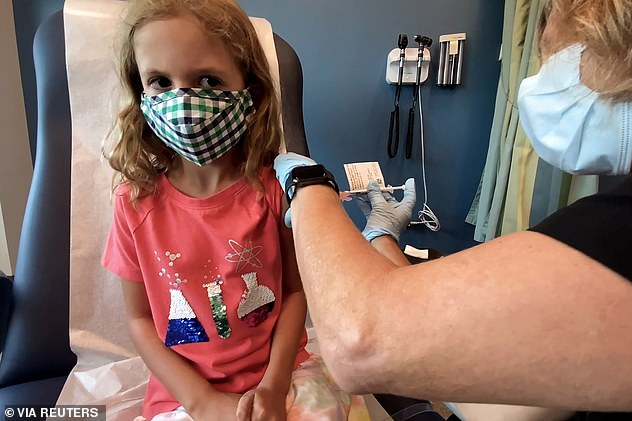 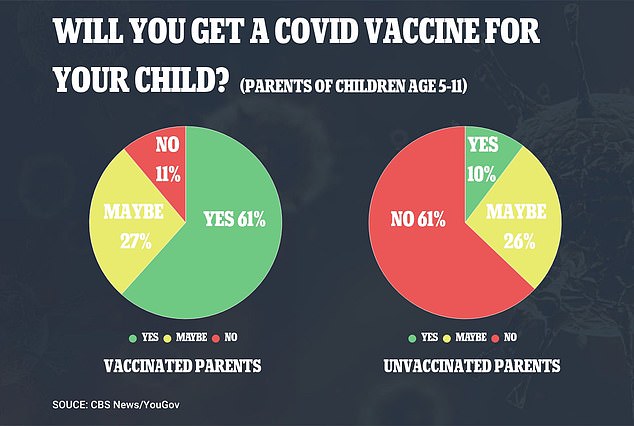 ‘Although it is very clear that a child getting infected has less of a chance of getting a severe outcome than an elderly person or a person with an underlying condition, it is not completely unequivocally a benign situation in children,’ Fauci told CNN’s Dana Bash. ‘We are seeing now – very clearly if you go to pediatric hospitals – that although this risk is less than the adults, there are children in hospital, who are getting seriously ill.’

He said some children are suffering from long-term health issues from coronavirus.

‘You want to protect your child, but you also want to make the child a part of the solution – namely so there’s not spread of infection, even without your own household, but to other vulnerable people.’ 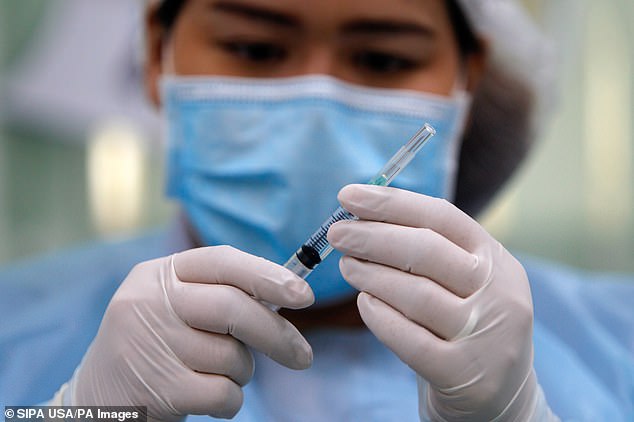 Some jurisdictions have announced plans to mandate vaccines for students.

California Governor Gavin Newsom said October 1 that all elementary through high school students will be required to get the shot once the vaccine is given final approval from the US government for different age groups.

‘We want to end this pandemic, he said. ‘We are all exhausted by it,’

Some parents expressed outrage at the news, and said they’re rather move their children to a different state than comply with California’s vaccine requirement.

‘If they require it, we would move to another state,’ Southern California parent Robbie Dowie previously told DailyMail.com. ‘And I don’t think we’re alone, I think there’s a lot of people in California feel the same way.