A statement issued by his agent Jean Diamond, on behalf of his family, said: ‘Nicholas passed away in the early hours of January 28 after a short illness at the age of 96.

‘He was with his beloved family who will miss him enormously and who wish to thank the wonderful staff at the Stoke Mandeville Hospital.’ 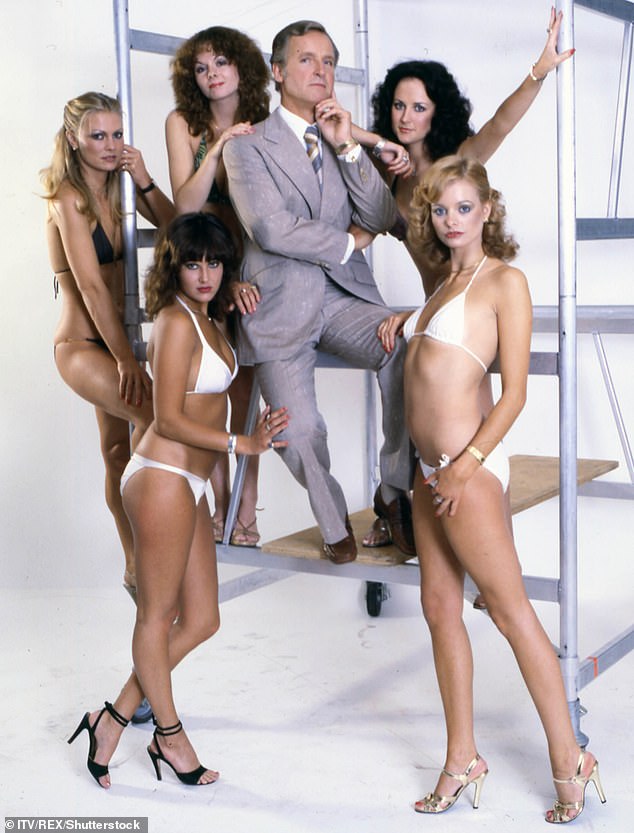 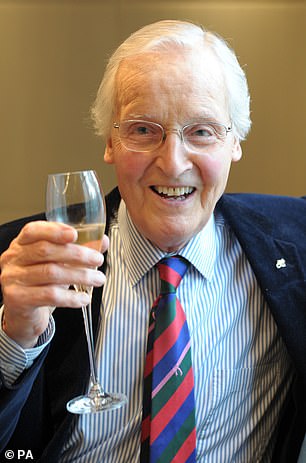 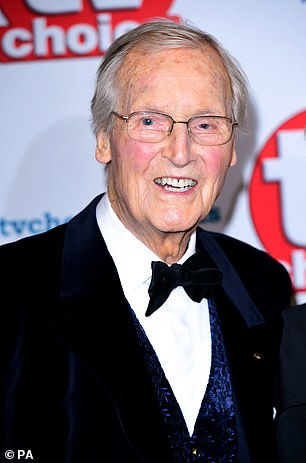 There have been more than 900 episodes of the BBC Radio 4 show Just a Minute, in which guests must speak for 60 seconds without hesitation, repetition or deviation.

Parsons missed a recording for the first time ever in April last year because of flu, and then another in August due to a back problem.

He made his acting debut in 1947. Following a number of film roles, he became a television regular on The Benny Hill Show and hosted the long-running ITV game show Sale Of The Century.

He had been married to his second wife, Ann, since 1995 and received a CBE in 2014 for services to charity. 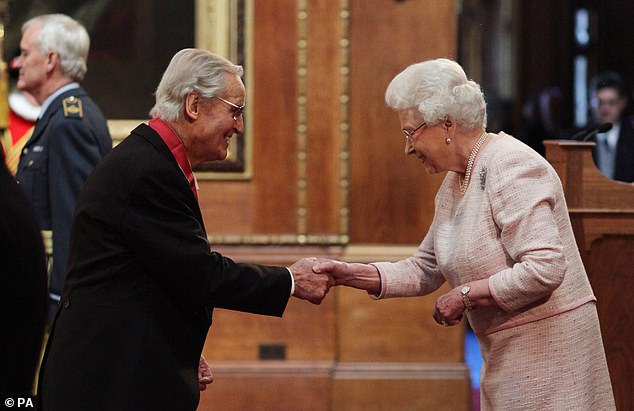 Parsons is made a Commander of the Order of the British Empire by the Queen during an Investiture ceremony at Windsor Castle in Berkshire on April 15, 2014 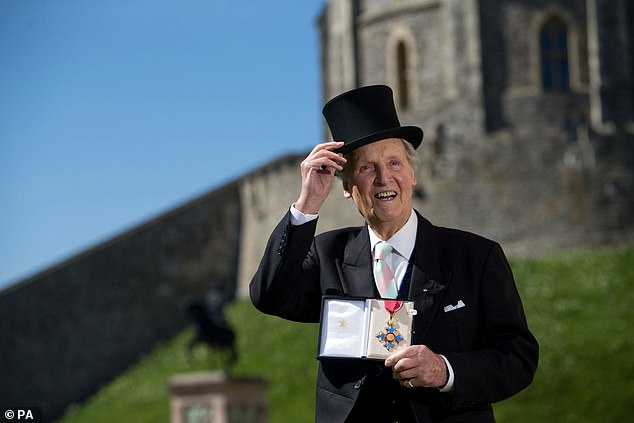