Just Stop Oil give cops the run-around: Met Police move on eco-mob before they can block Shepherd’s Bush roundabout… but activists take Tube to Temple and are now slowing traffic at Trafalgar Square (with five police cars following slowly behind)

By Dan Sales and Elly Blake For Mailonline

The Met Police are ‘monitoring’ eco-zealots Just Stop Oil disrupting streets around London – but say they cannot arrest them yet.

Pictures of the protests showed them seemingly walking beside them during the stunts this morning in Shepherd’s Bush.

It came after the Met had said it was ‘fully prepared’ to stop them causing chaos.

At one point JSO simply hopped onto the Underground and went to Temple where five police cars followed them slowly behind.

The anti-fossil fuel campaigners planned to march, ‘as slowly as possible, from key roundabouts, in multiple teams and timed phases’. 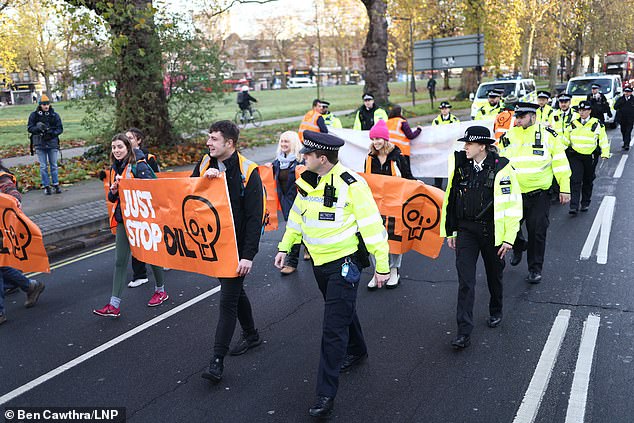 Protesters from the group, an offshoot of Extinction Rebellion, blocked roads and bridges in and around London to highlight their demand that the government stop new oil and gas projects 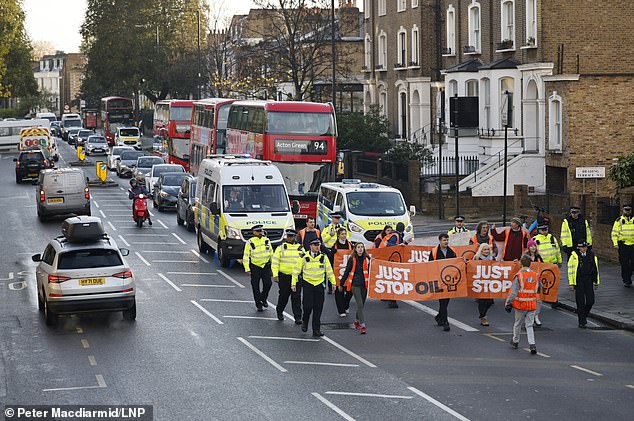 Video from Sky News showed them doing just that as motorists were held up.

Unlike previous protests, which have seen the environmental campaigners sitting in front of cars on busy roads to stop traffic, the planned action let traffic to move very slowly behind each march.

The group believes that this new method of demonstrating will be ‘non-injunction breaking and will aim to be non-arrestable’.

So far the strategy appeared to be working with Chief Inspector Billy Bowen-Long telling MailOnline: ‘We have to work within the confines of the law and the law is very clear, protest is lawful in this country and it’s only when it crossed a threshold and becomes unreasonable or unlawful that we have the power to intervene.

‘That’s the basic issue. People get very upset with people being in the highway but use of the highway for protest is lawful and we have to meet the threshold of showing it’s become unreasonable before we intervene.

‘If people do show up on a number of occasions then we will charge put them before the courts and it’s up to the court to decide.’

The change of tack, it hopes, means police will be faced with ‘a dilemma’ over whether to allow a ‘legal protest march’ or threaten to arrest protesters, who would still be allowing drivers to progress in their journeys. 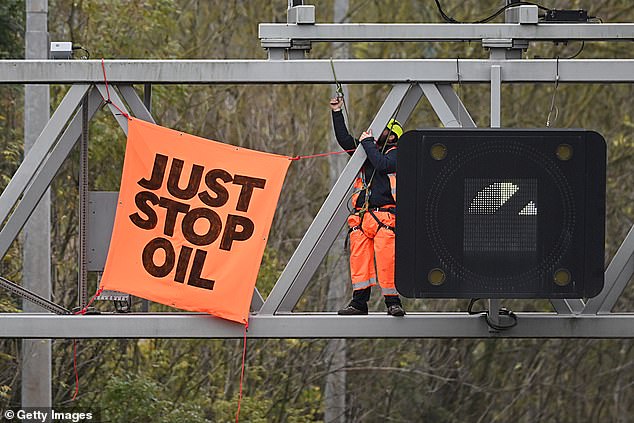 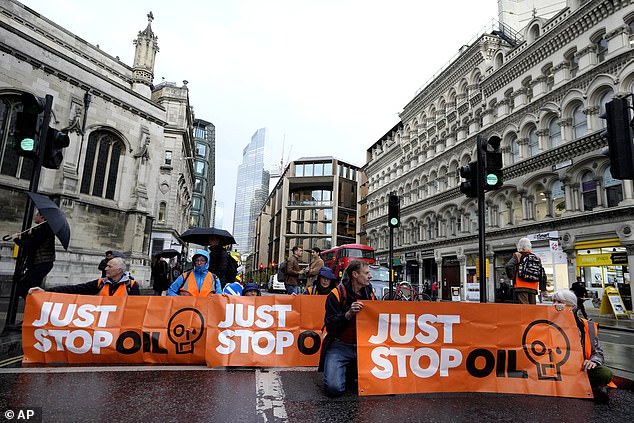 Just Stop Oil protesters have been holding up drivers on various roads for months, and now plan to target London’s major roundabouts 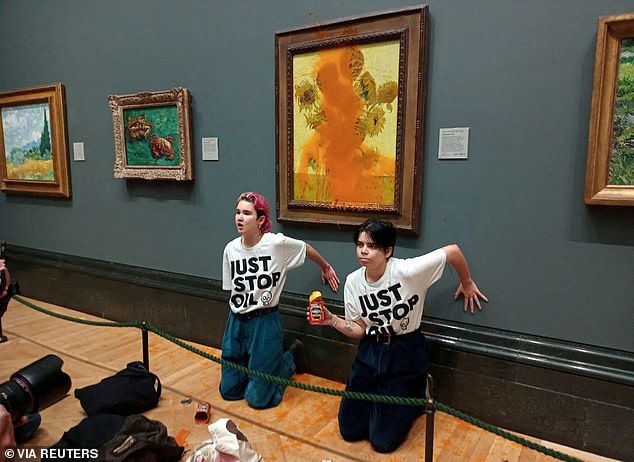 It comes as sources told the Mail on Sunday that Rishi Sunak has increasingly expressed his frustration in government meetings about the ‘disruption to law-abiding citizens’ everyday lives’.

Mr Sunak has reportedly told Home Secretary Suella Braverman to convene a meeting with police chiefs at Downing Street to ‘set out the Government’s expectations that the police must fully enforce the law’.

A total of 62 people have been charged over M25 protests since March, of which 29 were remanded in custody.

More than 11,000 Metropolitan Police officer shifts have been dedicated to anti-JSO operations.

Last month saw a sustained campaign by JSO, involving daily action, in what it described as the ‘biggest ever civil disobedience campaign’.