We think nothing of taking a bus tour when visiting a city overseas. But how many of us have climbed aboard one in Britain? Indeed, how knowledgeable are we about our own country?

Of course, the running commentary can vary in quality, but you’re regaled with some amusing tales, whether fact or fiction. And the buses are very convenient, saving you shoe leather and letting you hop on and off.

What is it? A spirited tour of the centre of Liverpool (£11, cityexplorerliverpool.co.uk), with live commentary from a waggish local guide. The tour lasts 50 minutes and showcases a richly varied city. Your fellow passengers will be mainly English-speaking, as there are no multilingual audio guides. Hard-core Fab Four fans tend to take one of the specialist Beatles tours.

What you see: All the main sights, from the Mersey and the Liver Building to the Cavern Quarter and the city’s two contrasting cathedrals. You get great views across the city as the bus climbs the steep streets from the docks.

What you’re told: Historical titbits, with a larding of Scouse humour. ‘Victoria Street… named after Victoria Beckham.’ ‘The Catholic cathedral… known as Paddy’s wigwam.’ ‘And there’s where Gladstone was born… Queen Victoria thought he was the most boring man she had ever met.’

Top tips: Of the stop-off points, the Cavern Quarter is an obvious must. Don’t miss the statues of John Lennon, Eleanor Rigby and Cilla Black (who worked at the Cavern Club as a cloakroom attendant). You should also leave time for the excellent museums at Albert Dock. 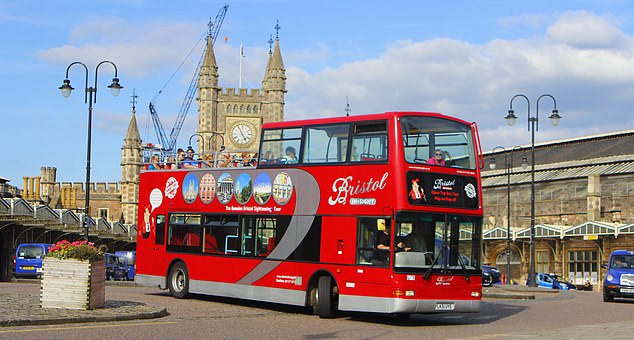 From the docks to the SS Great Britain and the Clifton Suspension Bridge, a bus tour of Brighton shows you everything you would want to see

What is it? A 90-minute hop-on, hop-off tour (£15.50, bristolinsight.co.uk), with a live guide at weekends and pre-recorded commentary on other days. A well-crafted tour of Bristol, with a first-class talk. The route meanders, but to excellent effect.

What you see: Everything you would want to see, from the docks to the SS Great Britain and the Clifton Suspension Bridge.

What you’re told: A shed-load of Bristolian trivia, plus some sly West Country humour (‘the students’ union… regularly voted the ugliest building in the city’). Whether you are interested in the Bristol of Brunel or the Bristol of Banksy, you will be given plenty to chew on.

Top tips: Don’t book if the weather looks dodgy as there are no covered seats on the top deck. Great hop-off stops include uber-cool Clifton village, with its shops and restaurants, the wonderful church of St Mary Redcliffe and the SS Great Britain, the first iron steamer to cross the Atlantic. 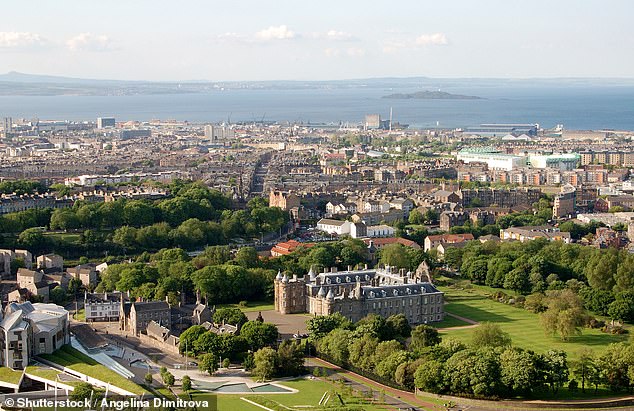 What is it?  A hop-on, hop-off tour of Edinburgh city centre (£16, city-sightseeing.com) with a multi-lingual audio guide. The English commentary is pretty dire, but the views of a great city and its monuments are genuinely stirring.

What you see: The full, rich architectural brew that is Edinburgh, from the narrow streets of the Old Town to the Georgian grace of the New Town, with detours to Holyrood House and Arthur’s Seat.

What you’re told: A load of cobblers, alas. The out-of-sync audio guide is feeble, with far too much Horrible Histories-style trivia about hangings, executions, chamber pots, Burke and Hare, etc. (Specimen joke: ‘The museum is packed with Egyptian mummies, but not Egyptian daddies.’)

Top tips: Stop off near the High Street, pat the statue of Greyfriars Bobby and visit the excellent little Writers’ Museum. Or, if politics is your bag, look in on the Scottish Parliament at Holyrood. 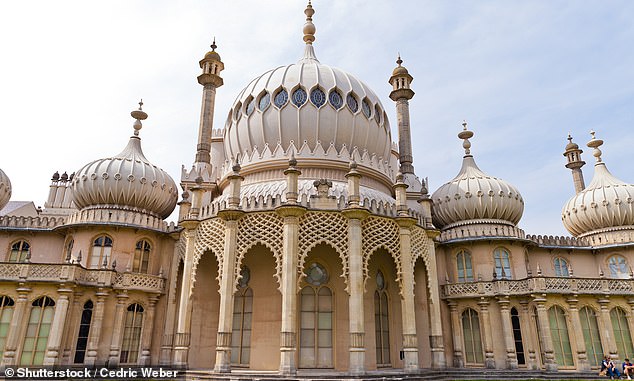 Palace by the sea: An hour-long tour of Brighton has ten hop-off points and a multi-lingual audio guide. Above, the Royal Pavilion, one of Regency Brighton’s sights

What is it?  An hour-long tour (£14, city-sightseeing.com), with ten hop-off points and a multi-lingual audio guide. The latter is uninspired, to put it mildly, but the combination of great architecture, a stiff sea breeze and a faint hint of seediness has its own appeal.

What you see: A generous stretch of the seafront, extending east and west of the city centre, a glimpse of the Royal Pavilion and a mazy little tour of Hove, Brighton’s bolshie sibling rival.

What you’re told: A thin gruel of facts and figures about everything from the Prince Regent and Laurence Olivier to the nudist beach. The audio guide includes a cringe-worthy impression of Margaret Thatcher’s speech to her party conference after the 1984 Brighton bombing.

Top tips: You are never far from the sea, so hop off the bus, stretch your legs, enjoy the crumbling Regency terraces and get some salt air into your lungs. The Brighton Pavilion is always worth a visit. And, for great shops, bars and restaurants, it is a toss-up between the famous Lanes, very crowded in summer, or the subtler charms of Hove.

The bard on tour 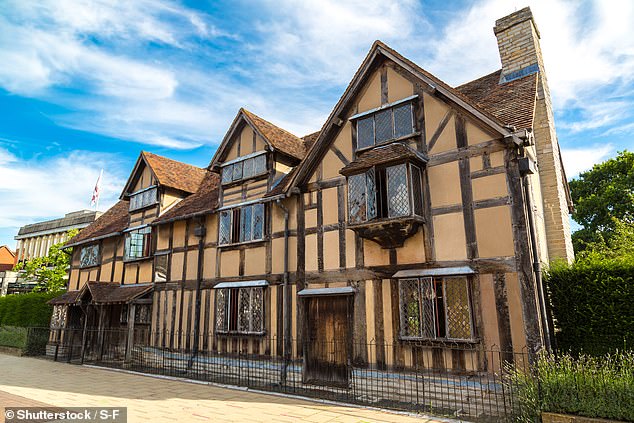 To learn about all things Shakespeare, take an hour-long loop of Stratford-upon-Avon. Above, Shakespeare’s birthplace on Henley Street

What is it?  An hour-long loop of Stratford-upon-Avon and the surrounding countryside (£15, city-sightseeing.com), with an excellent audio guide in seven languages. A remarkably informative tour, from which even Shakespeare buffs will learn something.

What you see: The main Shakespeare ‘shrines’ in the town centre, including his birthplace, Holy Trinity church and the Royal Shakespeare Theatre, as well as a generous dollop of Warwickshire countryside, including Mary Arden’s Farm, where the Bard’s mother was brought up.

What you’re told: A wealth of historical morsels about the bustling market town where Shakespeare came of age. The audio guide is mercifully free of cheesy puns but is a mine of information on everything from thatched roofs and four-poster beds to Elizabethan medicine and the ancient Forest of Arden.

Top tips: Shakespeare’s grave in Holy Trinity church is a must — far more atmospheric than the birthplace. It is also a good idea to buy a combination ticket for the bus tour, which includes visits to Shakespeare properties, such as New Place and Anne Hathaway’s Cottage.