The Trump administration has weighed in on a lawsuit claiming Harvard University discriminates against Asian American students in its admissions process.

A class action filed against the Ivy League school by Students for Fair Admission claims some Asian Americans were missing out on spots due to their race, as the university tried to ‘racially balance’ its incoming classes.

On Thursday, a statement from the Department of Justice said the Ivy League school had failed to show its use of race in the admissions process did not result in discrimination.

‘No American should be denied admission to school because of their race,’ Attorney General Jeff Sessions said in a statement of interest filed to the court.

‘As a recipient of taxpayer dollars, Harvard has a responsibility to conduct its admissions policy without racial discrimination by using meaningful admissions criteria that meet lawful requirements.

‘The Department of Justice has the responsibility to protect the civil rights of the American people. This case is significant because the admissions policies at our colleges and universities are important and must be conducted lawfully.’

The DoJ has argued the case should be sent to trial as the plaintiffs had produced ‘compelling evidence’ suggesting they had been discriminated against, and Harvard had not been able to prove they had not.

Harvard have previously tried to have the suit dismissed before it is sent to trial.

In its statement, the department claims there is substantial evidence suggesting ‘Harvard admissions officers and committees consistently monitor and manipulate the racial makeup of incoming classes’. 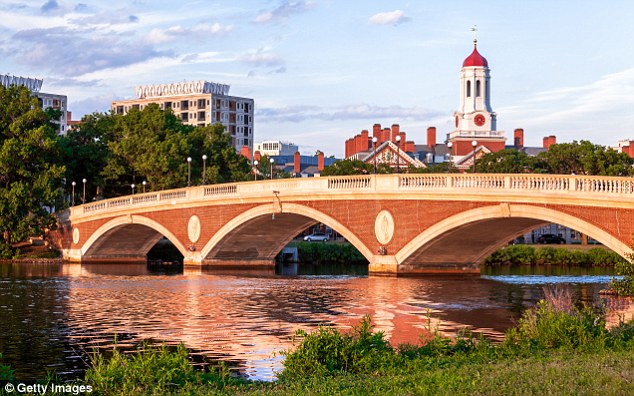 The DoJ claims there have been stable racial demographics in the elite school’s class intake from year to year, and notes the Supreme Court labelled attempts to racially balance a class ‘patently unconstitutional’.

Harvard’s admissions process takes many things into consideration, among them a ‘personal rating’. The Department of Justice statement says this is based on ‘subjective factors’ and could amount to discrimination.

‘Harvard scores its applicants based on ‘subjective’ factors such as ‘likability’ and being a ‘good person’ with ‘human qualities’,’ the statement reads.

‘Harvard admits that, on average, it scores Asian-American applicants lower on this ‘personal rating’ than applicants of other races.’

The Justice Department is separately investigating Harvard’s admissions policies, a probe that could also result in a lawsuit.

Briefs filed in support of Harvard and its admissions policies by students and alumni at the end of July express concern about the rolling back of civil rights protections under the Trump administration.

The conservative founder of Students for Fair Admissions, anti-civil rights activist Edward Blum, has also been personally called out by the group for trying to encourage a less diverse student body.

But the group say they do not believe the racial discrimination Harvard is currently accused of is legitimate, and believe it to be a targeted attack at existing racial protections.

‘[We] equally condemn the attempt to manufacture conflict between racial and ethnic groups in order to revive an unrelenting agenda to dismantle efforts to create a racially diverse and inclusive student body through college admissions,’ they wrote.

‘Race consciousness is not at odds with racial equality.’