He’s built up a solid friendship with his pastor Carl Lentz.

And Justin Bieber, 23, had him at his side as he arrived at a recording studio in Beverly Hills on Wednesday.

The Canadian pop-pixie was grinning from ear to ear as he stepped out alongside his favourite preacher from Hillsong church.

Purposeful: Justin Bieber, 23, had Carl Lentz at his side as he arrived at a recording studio in Beverly Hills on Wednesday

He had his white sock-clad feet in slides and added a baseball cap.

The Sorry singer has previously gushed that Lentz ‘brings out the best’ in him. 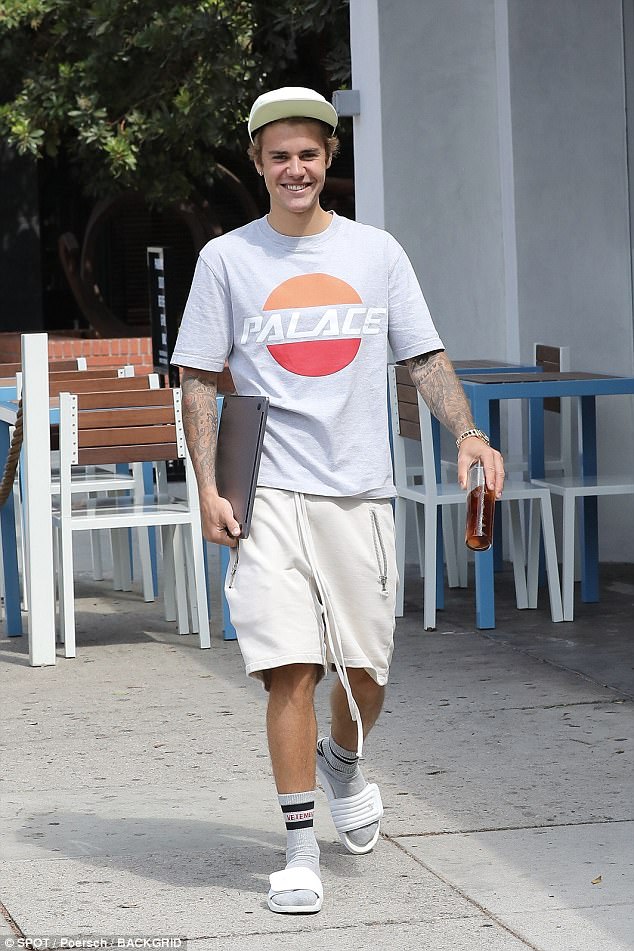 The duo, who have also been pictured hitting the basketball court together and dining out with friends, appear to have started dressing in a similar fashion.

Justin’s one time romances, Hailey Baldwin and Kourtney Kardashian, have also both been respectively spotted at Lentz’s conferences.

The Love Yourself hit-maker cancelled the remainder of his Purpose world tour in the summer in a bid to ‘reconnect with his faith’.

It’s claimed Carl – who shares three children with his long-time wife Laura – frequently flew to visit Justin while he was still on tour, particularly during his Australia and New Zealand dates in March. 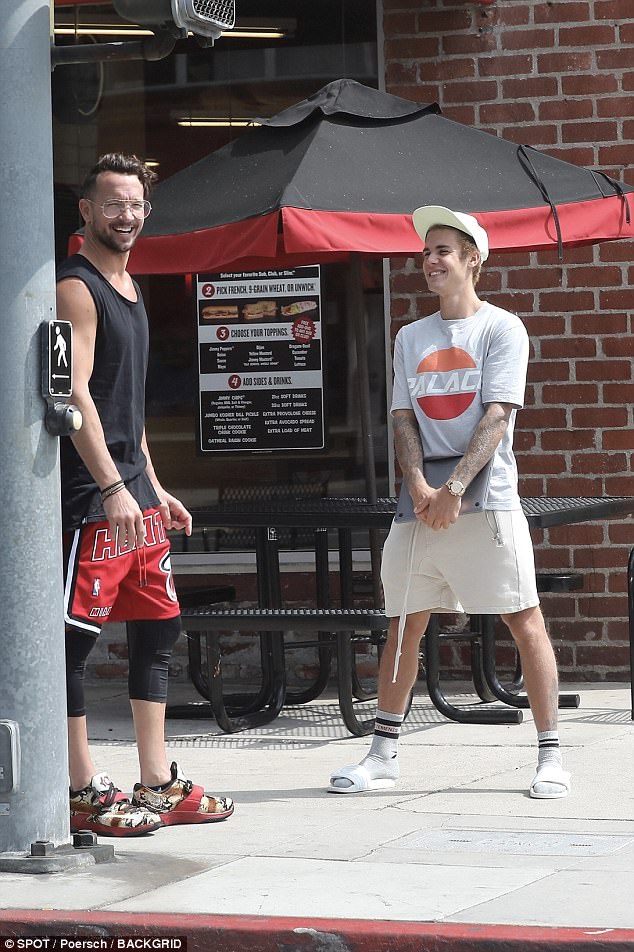 Happy together: The Canadian pop-pixie was grinning from ear to ear as he stepped out alongside his favourite preacher from Hillsong church

In March, Carl, who boasts a string of celebrity companions, including Lil Wayne, Oprah and Scooter Braun, appeared to insinuate that he saw Justin as a second son after sharing an adorable image of the singer smiling alongside himself and his little boy.

‘LOVE these two legends…’ he captioned the snap, before sharing a poignant quote about the importance of having love in your heart.

While Justin is believed to still hold an amicable, though not particularly close, relationship with his biological father Jeremy, the star is believed to be estranged from his mother, Pattie Mallette. 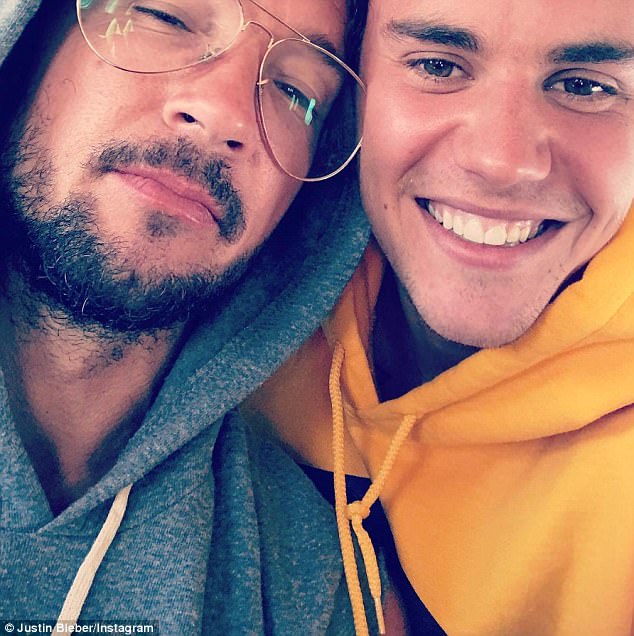 Good influence: Justin, 23, recently shared a selfie of the pair on Instagram, where he enthused that the pastor ‘brings out the best’ in him