Hundreds of football fans have joined Justin Edinburgh’s family and friends to pay their respects to the late Leyton Orient boss at a memorial service in Chelmsford.

Edinburgh passed away on June 8 after suffering a cardiac arrest just six weeks after leading Orient back into the Football League, winning promotion from the National League.

A private funeral was held following his death, but Tuesday’s memorial service at Chelmsford Cathedral is the first time the public have been invited to pay their respects to the Tottenham legend. 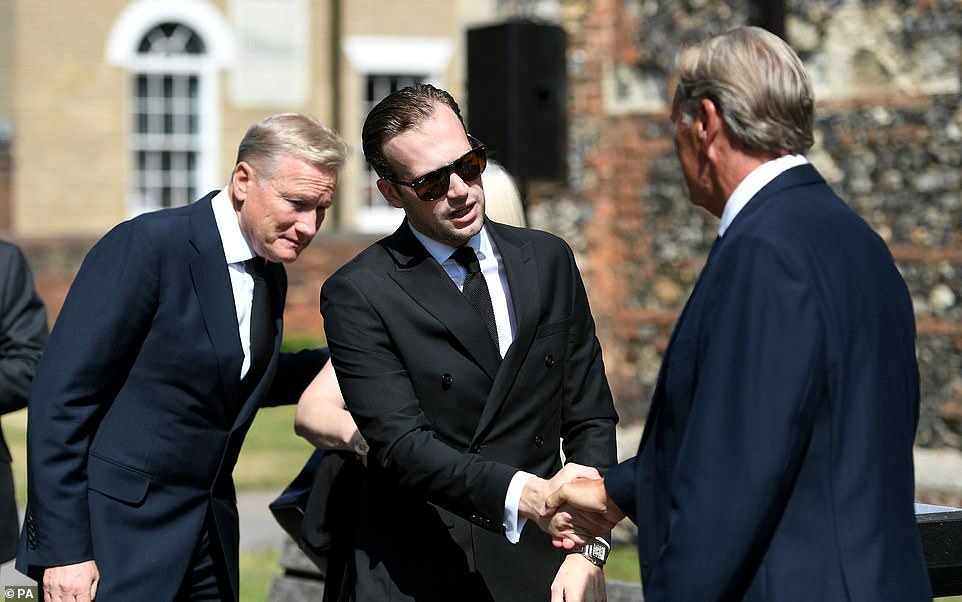 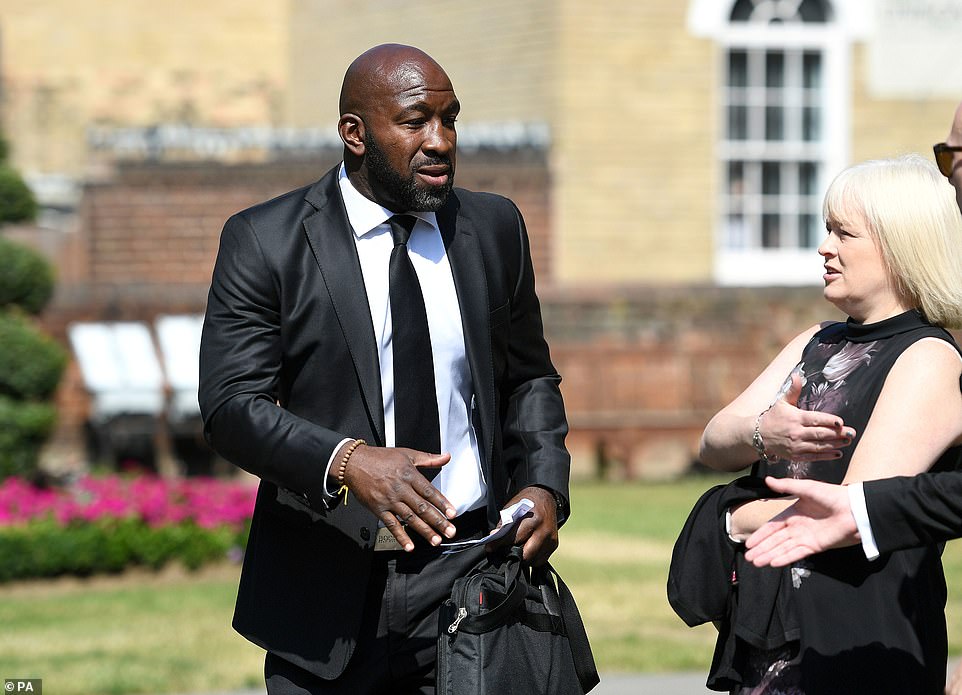 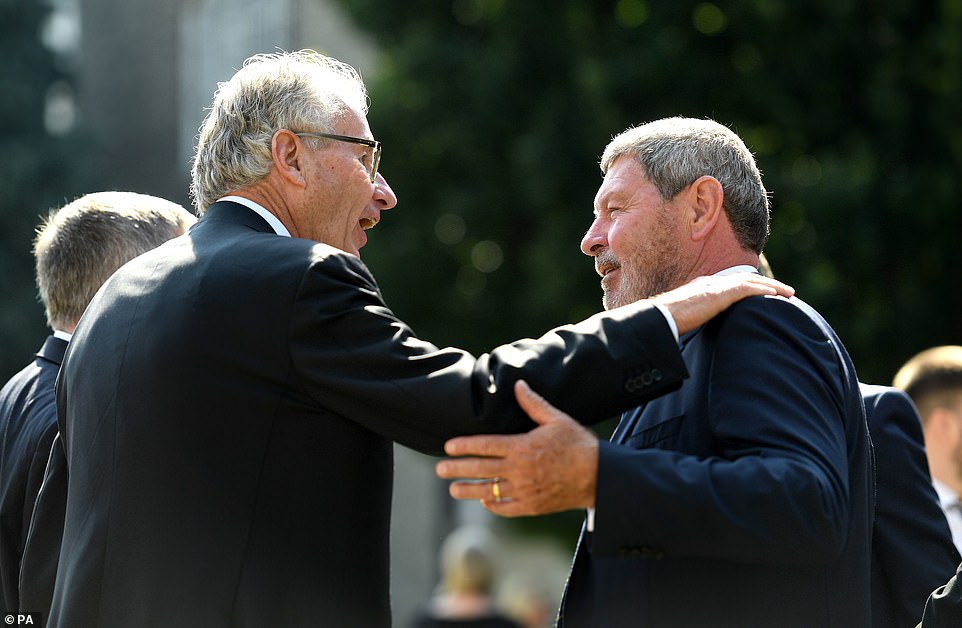 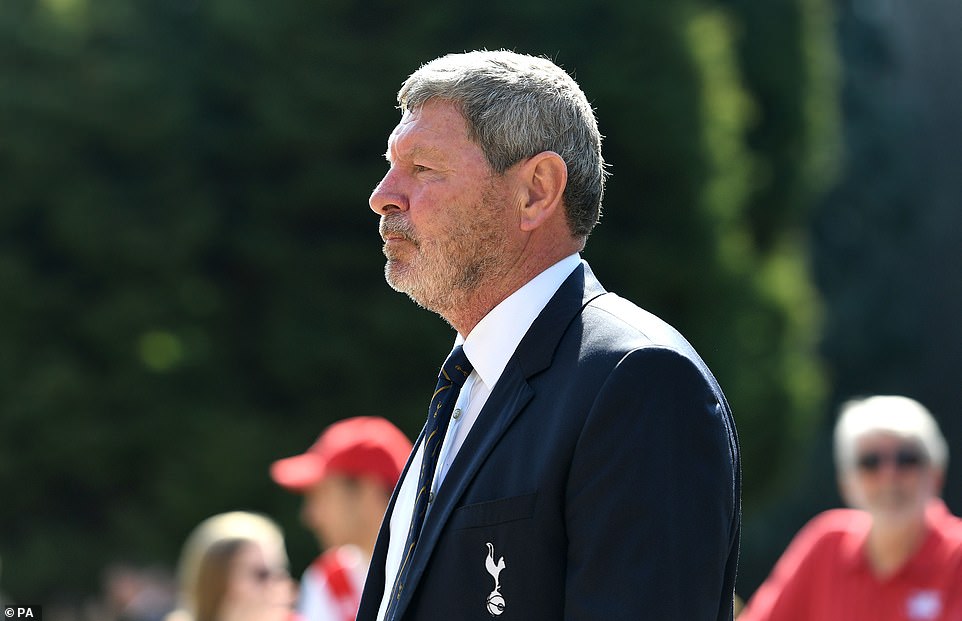 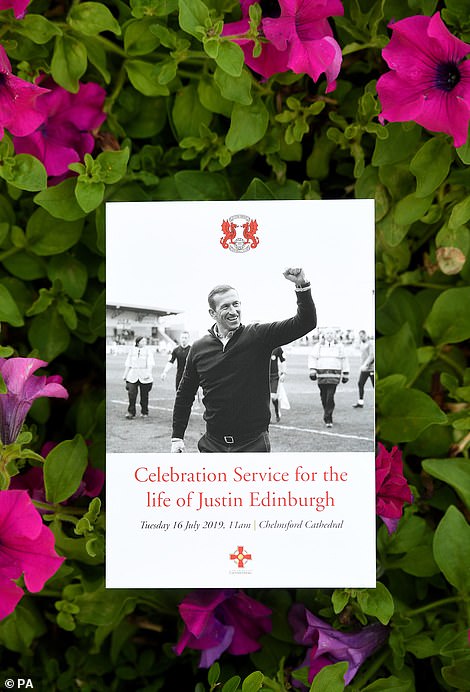 A number of high-profile ex-footballers and managers were in attendance, with Glenn Hoddle, Clive Allen, Doncaster boss Darren Moore and Salford City’s Graham Alexander all pictured arriving early ahead of the ceremony.

Edinburgh’s son Charlie was pictured hugging family members outside the cathedral, and he wore dark sunglasses with his black suit on an emotional day for the family in Essex.

When the ceremony began, a video of the moment Leyton Orient were crowned National League champions was said to have been played to the congregation, with a series of Edinburgh’s quotes being played over the top.

A choir sang an emotional rendition of Bill Withers’ ‘Lean on Me’ as the ceremony began at 11am.

Due to high demand, places were given out via a ballot, with fans asked to apply for seats through the club’s website at the start of July.

Those without a seat were still invited to pay their respects outside, with roads around the Cathedral shut for the majority of the day and crowds gathering from 9am.

By 10:15am, there were already around 100 seated guests inside and the same amount outside, with club officials chatting to fans. 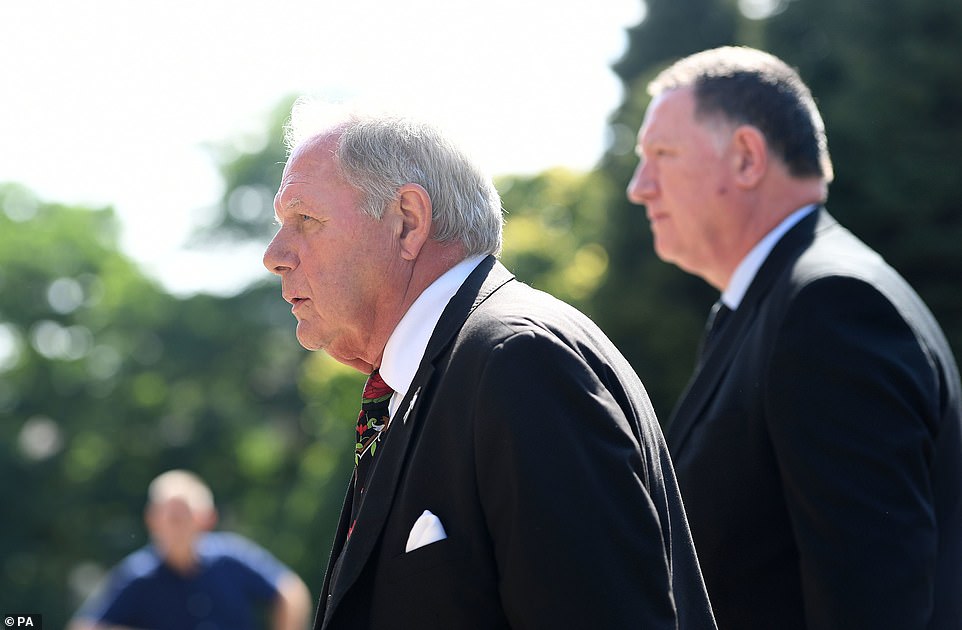 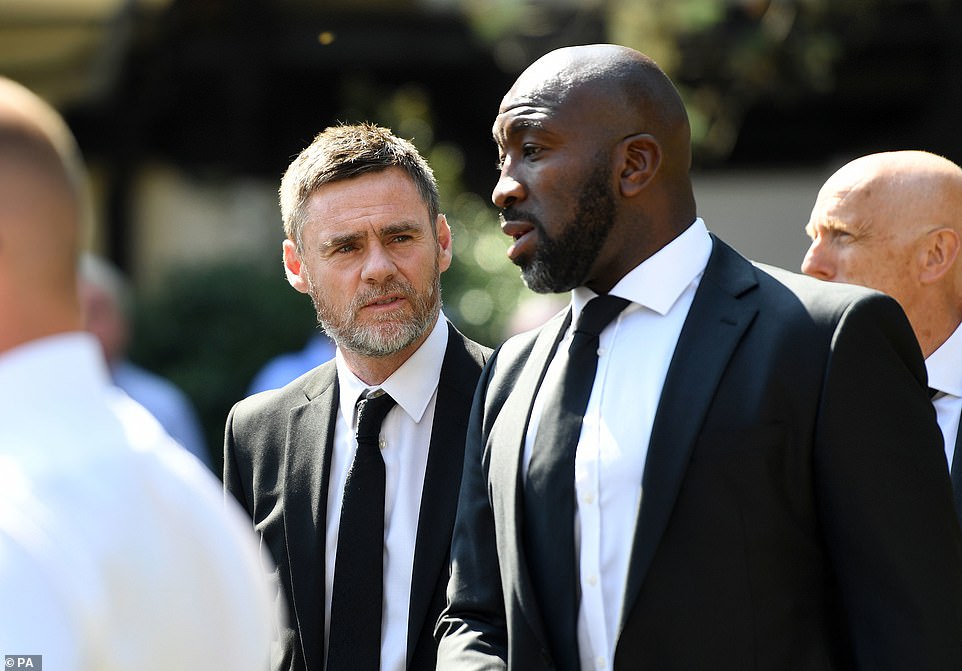 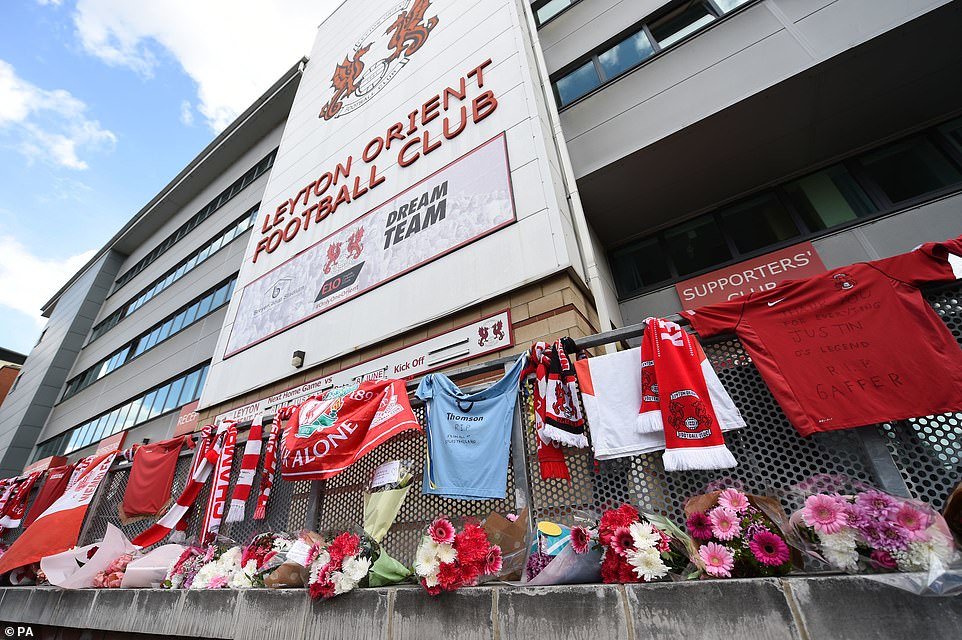 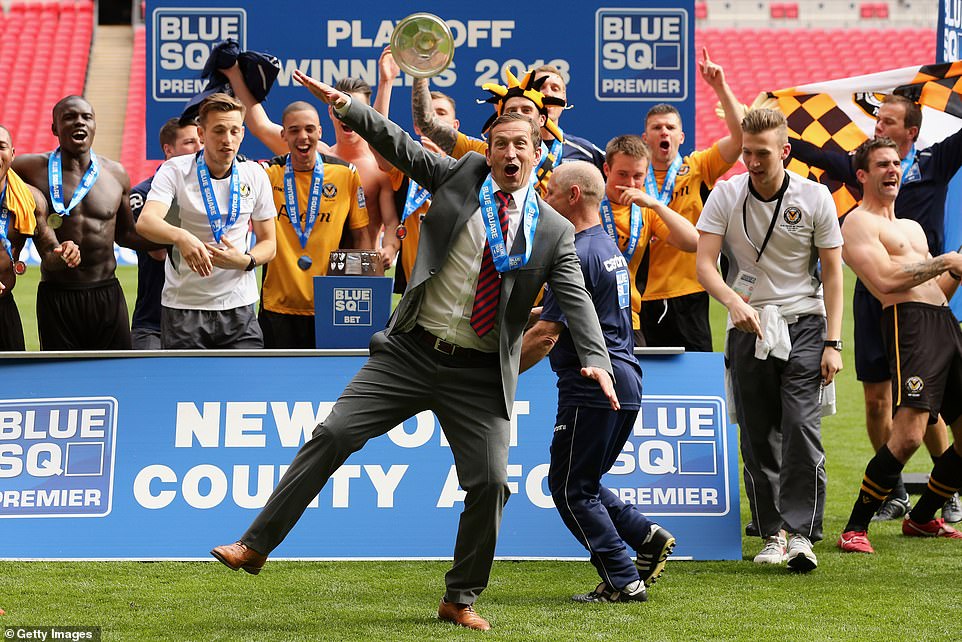 More floral tributes were laid in memory of Edinburgh, with one featuring the Tottenham Hotspur cockerel – the club he played for over 200 times.

Edinburgh began his playing career at Southend United before spending a decade with Spurs, with whom he won the FA Cup and League Cup and remained closely associated after his playing career.  Days before his death he had been in Madrid to watch Tottenham’s Champions League final defeat by Liverpool.

After his playing days, Edinburgh managed a host of lower and non-league clubs, leading both Newport County and Orient to promotions from non-league.

Edinburgh had said he regarded Orient’s promotion after 18 months in charge as his greatest achievement in football. 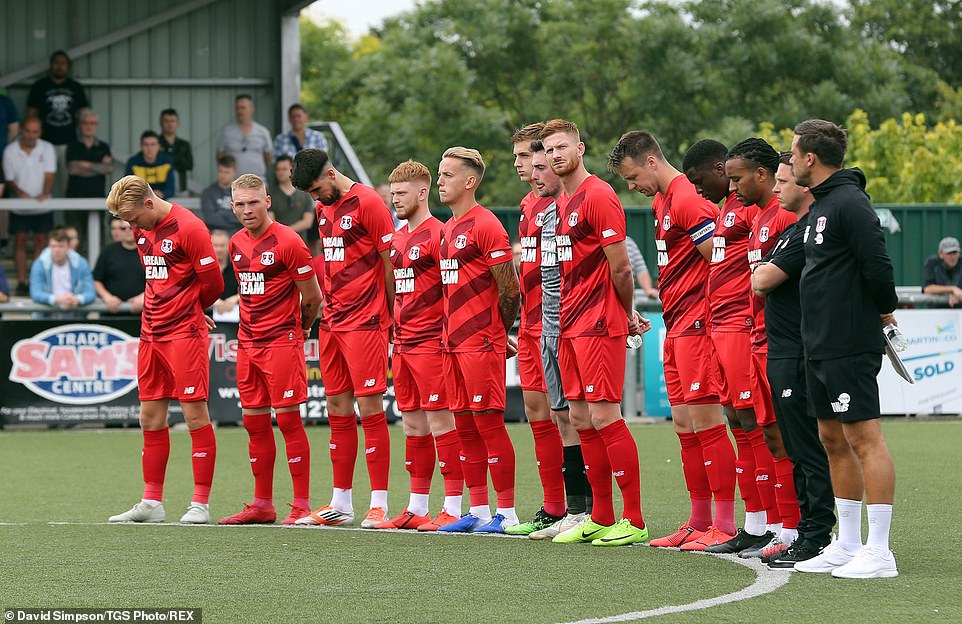