‘It’s been an honour to lead this group of players’: Heartbreaking footage of Justin Edinburgh’s inspiring, title-celebrating team-talk after guiding Leyton Orient into the Football League

This is the moment Justin Edinburgh gave an emotional speech to his Leyton Orient players as they celebrated National League promotion in one of his final team-talk as manager of the club.

The former Tottenham full back died on Saturday at the age of 49, less than a week after suffering a cardiac arrest following the Champions League final in Madrid.

Edinburgh, who took over at Leyton Orient in November 2017 and guided the club to the title and the 2019 FA Trophy final, hailed his players in the short speech before ending it with wild celebrations with his team. 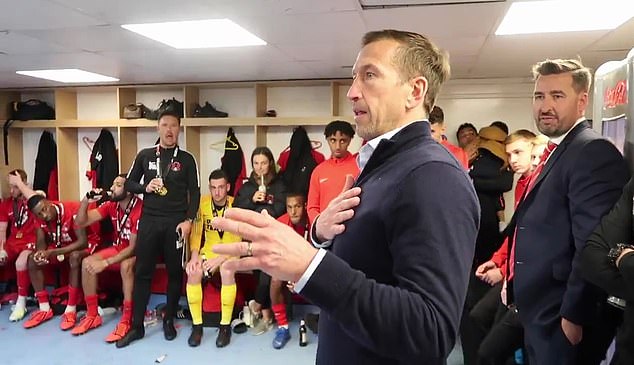 In the speech, Edinburgh said: ‘I will just say that it has been an honour to lead this group, players, staff, board of directors and everyone connected to this football club.

‘When I came in here the club was only going one way and that was to the Conference South.

‘Credit to you because there has not been a lot of change.’

He finished the speech by joking: ‘Remember, enjoy tonight, and tomorrow, and Monday, and wait until we get to that airport!’

💬 “It’s been an honour leading this group of players, staff, board of directors and everyone connected with this football club”

As seen in Episode 6 of @dreamteamfc‘s Love of the Game series, here is what Justin Edinburgh said to his players after securing promotion!#LOFC pic.twitter.com/RBlJ8rmb7B 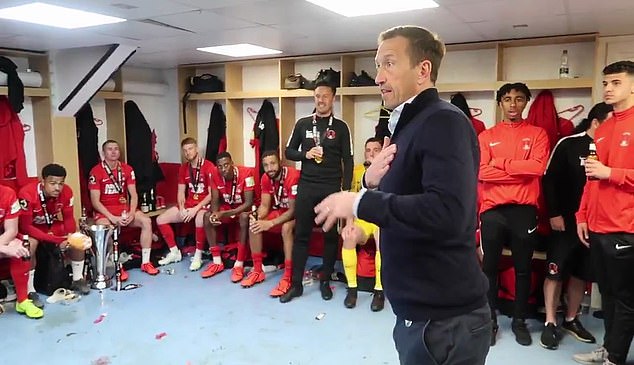 ‘It has been an honour to lead this group, players (and) staff,’ he told his title-winning squad

The whole squad can be seen listening closely to every word from Edinburgh as he cracks jokes and tells the players to end their post-season holiday.

Edinburgh started his playing career at Southend before moving to Tottenham in 1990, where he would spend the next decade and make 215 league appearances.

A move to Portsmouth would follow, lasting three years and 35 games, with a player-manager role at Billericay his last playing role.

He would manage Fisher Athletic, Grays Athletic, Rushden & Diamonds, Newport County – where he would win the Conference play-offs in 2013 – Gillingham and Northampton before Orient came calling. 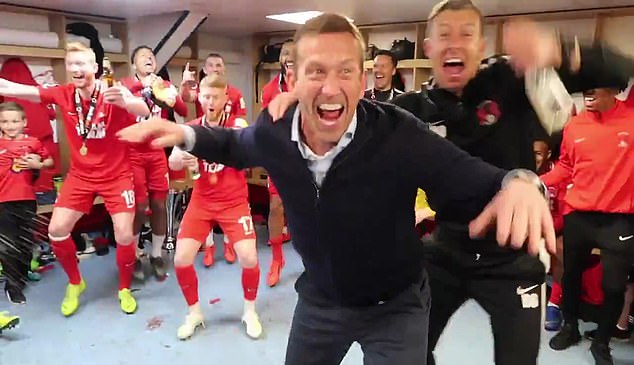