Justin Theroux is again accusing his neighbor, an attorney named Norman Resnicow, of domestic violence amid their long-running legal battle.

The Leftovers actor, 48, told a New York Court that he’s heard violent threats coming from the home of his downstairs neighbors at his home in New York City’s West Village amid the local lockdown in response to the COVID-19 pandemic.

The ex-husband of Jennifer Aniston and his neighbors – Norman and his wife Barbara – have been in and out of litigation since 2017, when the actor filed a harassment suit against the attorney about renovations he was making to his home.

The latest: Justin Theroux, 48, said that he’s heard violent threats coming from the home of his downstairs neighbors at his home in New York City’s West Village amid the local lockdown in response to the COVID-19 pandemic (Theroux, pictured in October 2019)

In the past, Theroux has past accused Resnicow of trespassing and spying on him in their ongoing rift which has hit headlines for the past three years.

As part of their legal woes, there is a restraining order in place about harassing witnesses in their case – a category which Barbara, 71, falls into, the actor claims.

Theroux told the court that he has recording of two incidents: Both on March 22, two days after Governor Andrew Cuomo put the state in lockdown.

First, Norman locked Barbara out of the home because she wasn’t wearing a mask, Theroux told the court, and later was in a rage when he called her a ‘f***ing moron’ and ‘stupid woman.’ 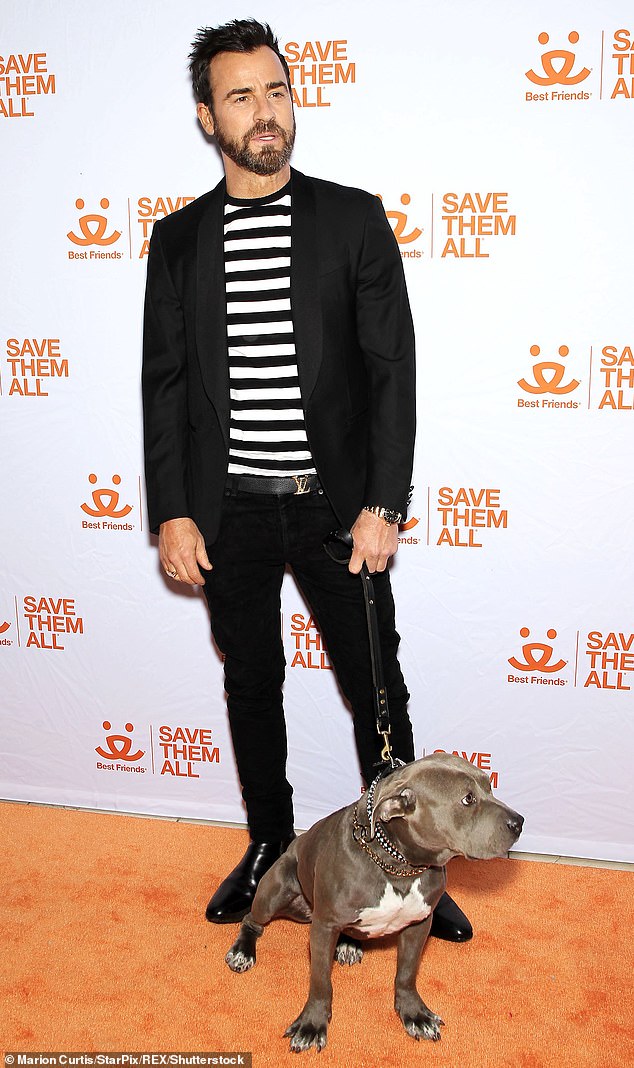 Evidence: Theroux said he has multiple recordings of the husband threatening his wife (Theroux, pictured in April 2019)

Theroux told the court Norman Resnicow faked like he wasn’t home when he called police on April 30 amid another incident. Theroux said he has audio that occurred days later, on May 3, he repeatedly vowed he would break her teeth if she tried to leave the home.

‘sit down and shut up. You’re not going anywhere … You want broken teeth? I’ll break your f***ing teeth.” 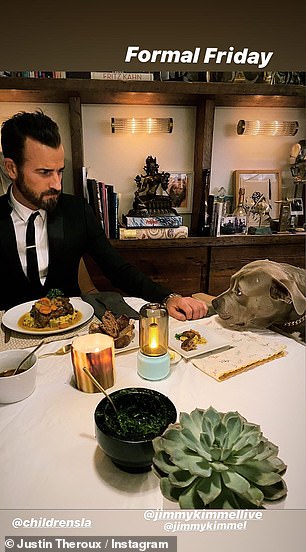 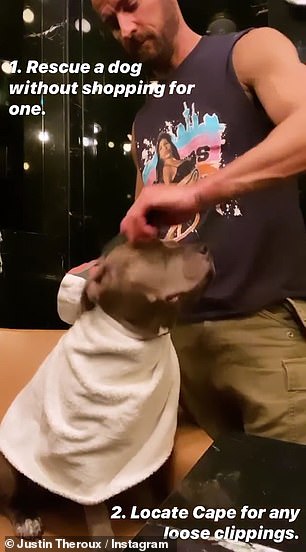 Hanging in there: Theroux has taken to social media during the lockdown with entertaining clips of himself with his dog Kuma

The actor said that he’s been left with ‘anxiety that continues long after the incidents themselves have ended’ as result of Resnicow’s actions. He’s requested the court to hold Resnicow in contempt of the restraining order, which could lead to fines or jail sentences.

Resnicow told DailyMailTV in 2018 that he and Theroux were friendly at one time, until the actor ceased to care ‘about the people who live downstairs’.

Theroux and Aniston split in February of 2018 after more than two years of marriage.