Juventus: Alvaro Morata is told to ‘SHUT UP’ by his manager Max Allegri in touchline spat

Juventus striker Alvaro Morata was told to ‘shut up’ by his boss Massimiliano Allegri in a furious touchline row during the 2-0 win over Genoa.

In the 72nd minute Morata was penalised for a handball in Genoa’s area and he was aggrieved, opting to unleash some choice words in the direction of the referee and Genoa defender Davide Biraschi.

He was booked and immediately Allegri called him over to the bench to be substituted in place of Moise Kean. 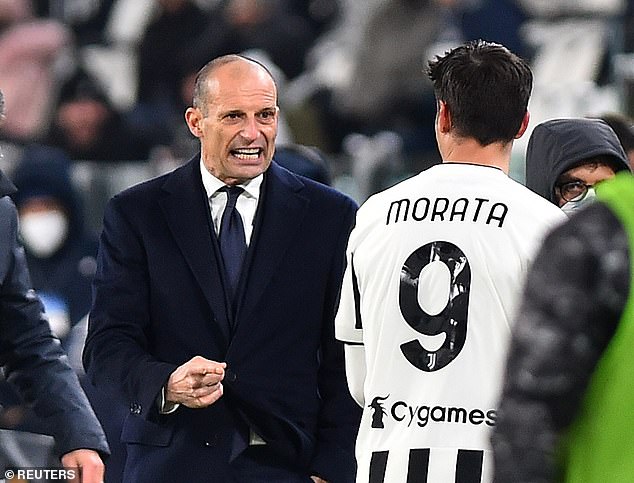 Morata, who has scored in only one of his last 11 Serie A games, exploded when Allegri attempted to embrace him.

The pair began to argue in full public view before Morata was banished to the bench.

Pitchside microphones inside the Allianz stadium caught Allegri saying to Morata: ‘You gave away a foul, you have to shut up!’

The Spanish striker responded furiously, firing back: ‘What have I done?!’ 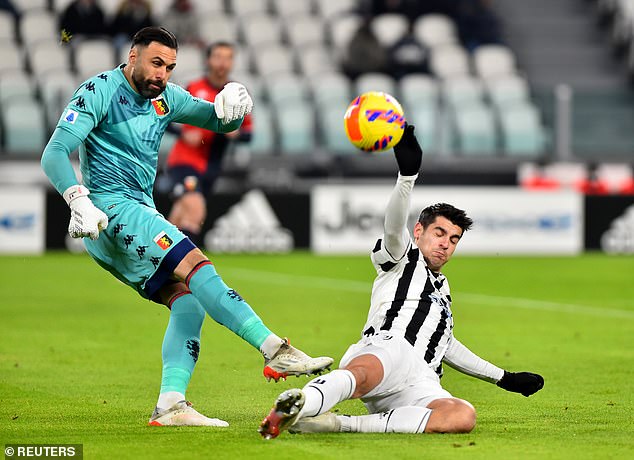 To compound Morata’s frustrations, his replacement, Kean, was booked within 60 seconds of coming on for taking out Biraschi.

Morata is enduring a miserable spell back in Turin and his relationship with the fans is already strained.

Just last week the Spaniard came off as a substitute in the 1-0 loss to Atalanta and the club’s passionate fans whistled him as he left the pitch.

Allegri has looked to publicly defend Morata in the media and he attempted to brush off their furious touchline row.

‘I had not decided to replace him but he got booked and I preferred to take him off,’ Allegri said following the 2-0 win. 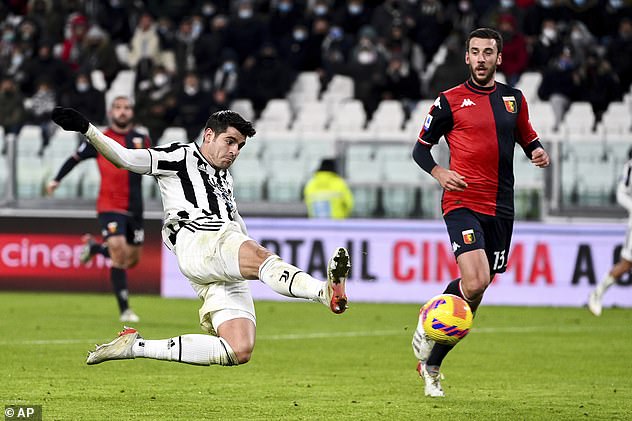 ‘It was nothing and I am sorry, because Alvaro played a great game, even without scoring.’

Juventus were 1-0 up at the time of the row, Juan Cuadrado scoring directly from a corner.

Paulo Dybala added a second eight minutes from time to lift them to fifth, seven points off the top four.