Juventus have agreed a £63million deal to sign Fiorentina forward Dusan Vlahovic, according to reports, in a killer blow handed to Arsenal in their attempts to sign the striker.

Mikel Arteta’s Gunners had been strongly linked with a move for the free-scoring Serbian forward in their bid to find an upgrade on their exiled former club captain Pierre-Emerick Aubameyang.

Arsenal have endured a nightmare in front of goal this month and have failed to score a single goal in their four matches since New Year’s Day, but believed that signing Vlahovic – who has 20 goals in 24 matches for La Viola – would fix the issue. 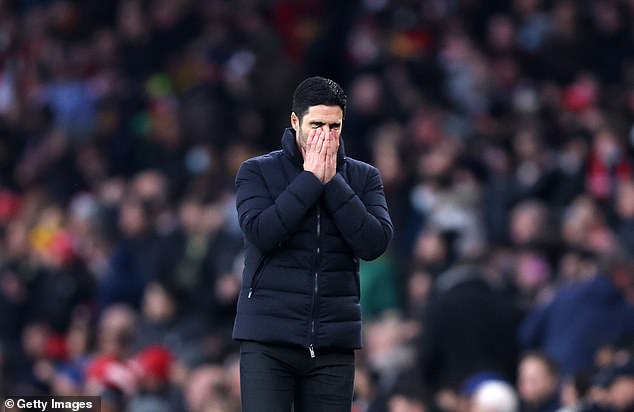 But according to Fabrizio Romano, Juventus have stolen a march on Arsenal’s bid to sign Vlahovic by agreeing the £63m package to sign him – and now just need to seal personal terms with the player to secure the deal.

Vlahovic has been in sensational form for Fiorentina this season, scoring 17 Serie A goals in 21 league matches to add to the 21 goals he scored in Italy’s top-flight last term.

But now the Serbian striker appears to be switching Florence for Turin, even though Juventus are just six points ahead of La Viola having played a game more than them.

Fiorentina sporting director Joe Barone confirmed last week that a Premier League club – believed to be Arsenal – had presented an offer to the Serie A club for the striker – but hinted that Vlahovic was not keen on moving to north London. 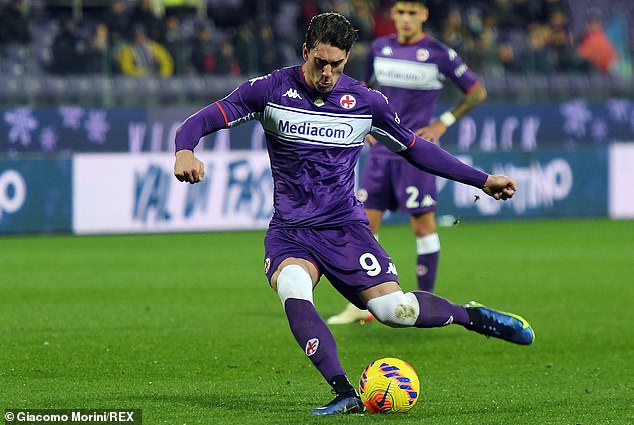 ‘Some English clubs have made contact with Fiorentina, but there is no agreement,’ he said.

‘The English club want Vlahovic, but evidently he’s got other ideas. We’re ready to negotiate, but him and his agent won’t talk.’

Reports, such as The Athletic, have claimed that Arsenal have already turned their attention to other targets that include Real Sociedad and Sweden striker Alexander Isak, while Dominic Calvert-Lewin and Luka Jovic could also be pursued this month.

Isak extended his contract last October and Sociedad capitalised on the chance to insert a €90million (£75m) release in the deal. 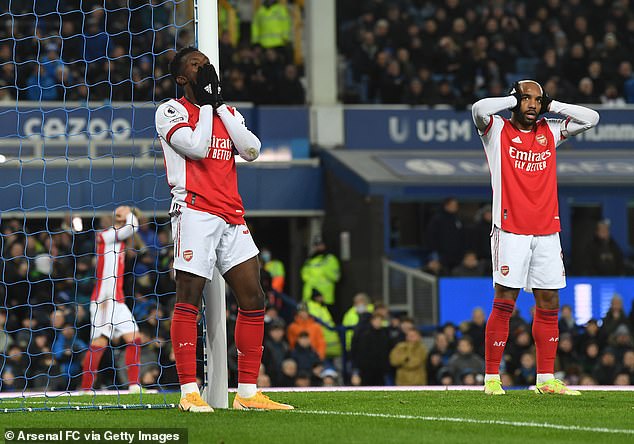 Arsenal will reportedly negotiate that fee and, according to The Athletic, will make fresh attempts for Isak and Calvert-Lewin before the window closes.

A loan move for Luka Jovic could be on the table to help Arsenal through their short-term crisis.

Jovic’s struggles Real have not eased and the forward has not made a league start under Carlo Ancelotti this season.

The 24-year-old has not ruled out a move away from the Bernabeu this month and Real Madrid have reportedly told Arsenal that the striker could be available. 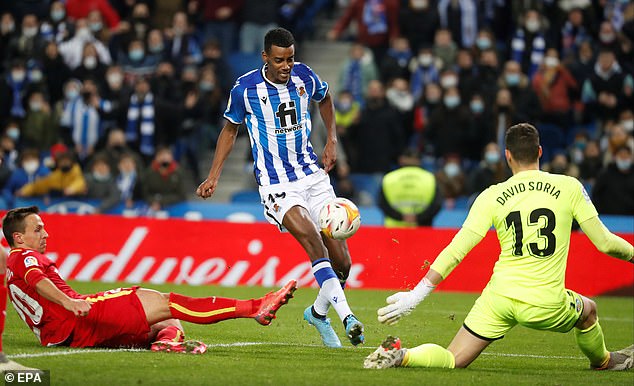 Arsenal have just two recognised first-team strikers available for them at the moment in Alexandre Lacazette and Eddie Nketiah – who both failed to find the net in January despite extended minutes on the pitch.

Former club captain Aubameyang has not featured for the club since the start of December after seeing the armband taken away from him due to repeated disciplinary breaches.

Both Lacazette and Nketiah will see their contracts expire at the end of the season, while Sportsmail revealed last week that Aubameyang has been the subject of interest from Saudi Arabian teams.

Young forward Folarin Balogun left the club in January to join Middlesbrough on loan while Gabriel Martinelli – who has been used in wide areas – can also play centrally.