Juventus defender Giorgio Chiellini admits he fully expects Cristiano Ronaldo to score against them in their blockbuster Champions League quarter-final with Real Madrid.

The two sides will contest the first leg at the Allianz Stadium in Turin on Tuesday night with the return at the Bernabeu next Wednesday in what is a repeat of last season’s final.

Ronaldo has scored 12 goals in eight Champions League outings for Real this season, scoring in every match, and Juventus certainly won’t need any reminding of the danger posed by the Portuguese star. 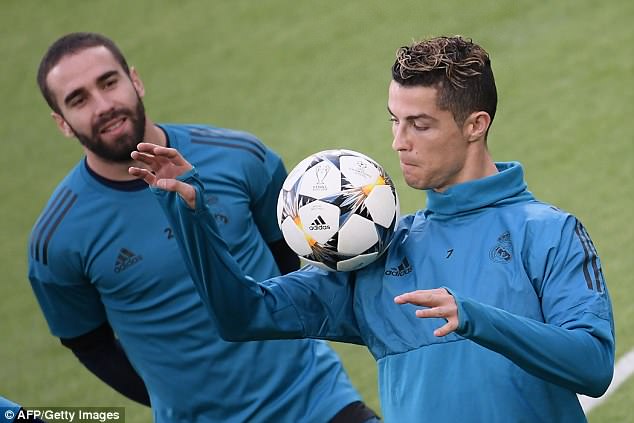 ‘Ronaldo will always score against everyone,’ Chiellini said. ‘Real are more than just him but, over the years, he has played amazingly well and made the difference.

‘Thinking about stopping him is presumptuous, it will also take luck. The difference between winning and losing will be marginal.’

Ronaldo, who has a grand total of 117 goals in the Champions League proper, scored twice as Real defeated Juventus 4-1 in last season’s Cardiff final, becoming the first team to retain the trophy.

But Juventus, the current Serie A leaders, are optimistic they can get the better of Zinedine Zidane’s side over the course of a two-legged encounter. 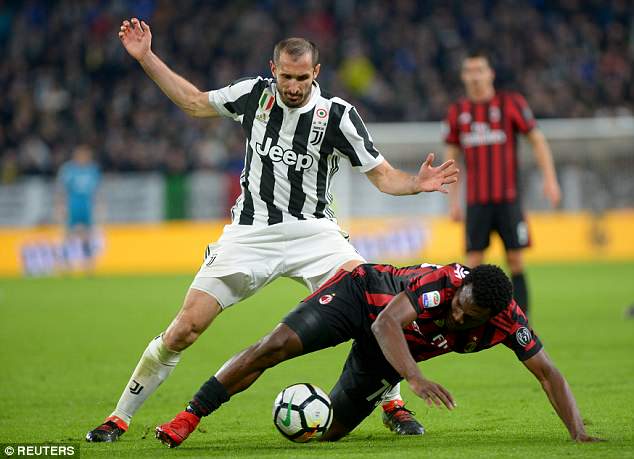 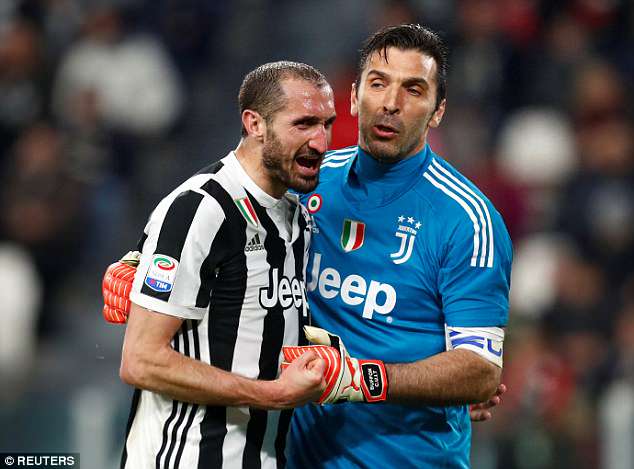 ‘The tie will be different from Cardiff as you play two games, not one,’ said 33-year-old Chiellini. ‘The personnel has changed a bit here, while most of their squad is still the same.

‘We have to keep calm and show our quality. We will have to be aware as Real are able to make you think you are in the ascendancy, but they can then hurt you quickly.

‘There is a lot of respect for Real Madrid, but it doesn’t mean we can’t beat them. Revenge will not be on our minds. We have positive and negative memories of Cardiff, along with everyone else.

‘If you want to reach the Champions League final, you have to play the big teams like Real Madrid.

‘Apart from the match in Cardiff, we also have good memories of playing Real and playing against the best teams always gives you a great incentive.’

Chiellini played in both legs of the 2014-15 semi-final when Juventus defeated Real 3-2 on aggregate to reach the final in Berlin, where they were beaten 3-1 by Barcelona. 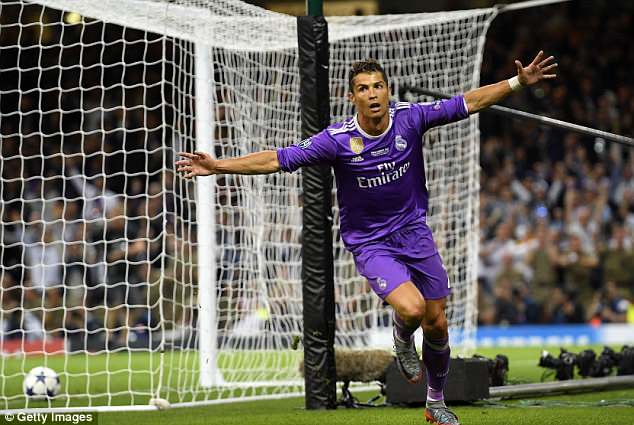 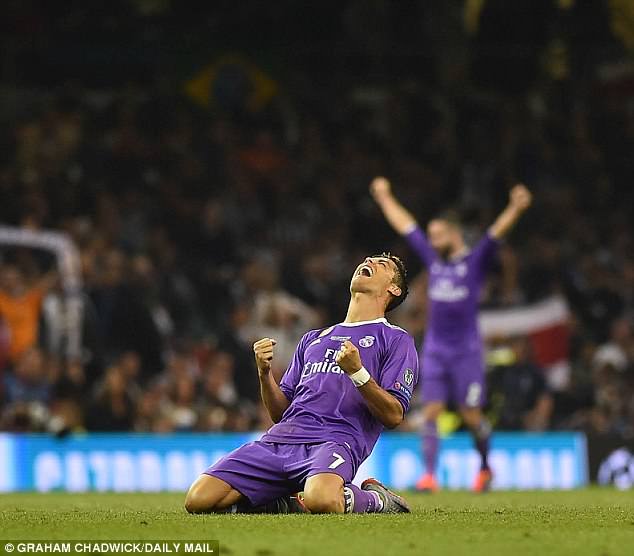