‘I had no reason to change’: Juventus midfielder Miralem Pjanic admits he was wanted by clubs last summer amid interest from Chelsea and Man United

Miralem Pjanic has revealed that he turned down the opportunity to leave Juventus last summer in order to stay and win the Champions League.

Premier League giants Manchester United and Chelsea were credited with an interest in the midfielder, while Barcelona and Paris Saint-Germain were also linked.

But despite attracting the attention of some of Europe’s biggest clubs, Pjanic sees his immediate future with the Italian champions. 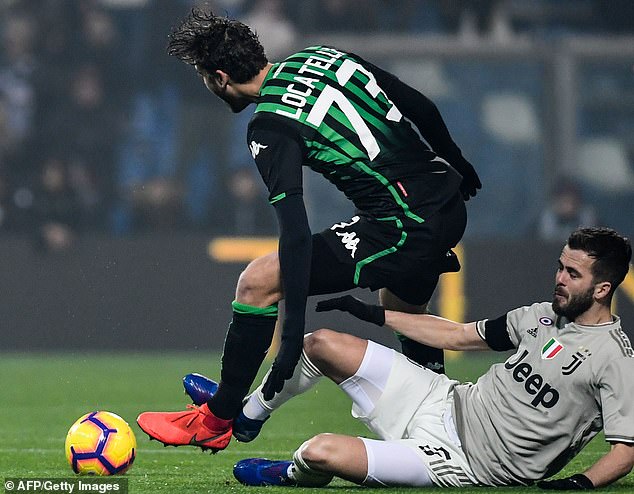 Pjanic, pictured in action against Sassuolo, was linked with Manchester United and Chelsea

‘There was some interest, it’s true, but I had no reason to change club,’ he told Il Giornale.

‘I don’t know if Juventus will be my last big club, because transfers don’t just depend on the player, but also on the club and who might or might not need you in that role.’

Juve face Atletico Madrid in the first leg of their Champions League last-16 tie on Wednesday night as they look to end their European trophy drought.

Massimiliano Allegri’s men were beaten 4-1 in the 2017 final by Real Madrid, with Cristiano Ronaldo scoring twice in Cardiff.

‘He has always been decisive in the big games, he was born to score important goals,’ Pjanic said of Ronaldo, who joined Juventus for £100million last summer. 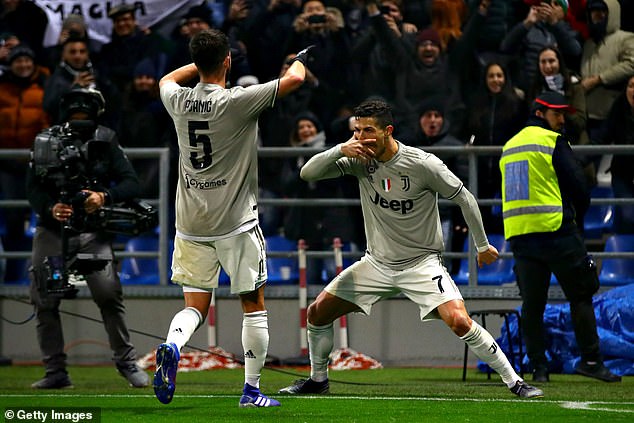 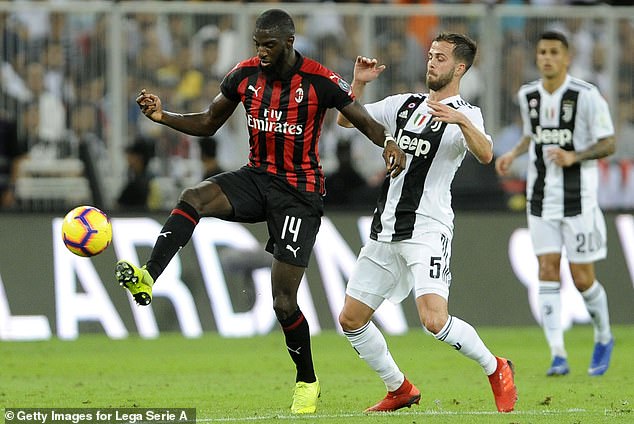 ‘And now we have him in our team. It’s up to us to make the most of his presence.

‘When we have a chat, he tells me that he is happy and confident in the strength of this Juve side.

‘I can see that the Champions League will come to Juventus over the next few years. It’s my dream to win it and I am in the ideal place to achieve that dream.’