Juventus news: Maurizio Sarri sheds no light on whether Dybala will leave Juventus

‘I can talk about Paulo all I like, but the market goes in a certain way’: Maurizio Sarri sheds no light on whether Dybala will leave Juventus… but admits ‘at least six players’ will have to be left out of Champions League squad

Juventus forward Paulo Dybala, who has been at the centre of transfer speculation, played for the last half hour against Atletico Madrid but coach Maurizio Sarri would not be drawn on whether the Argentine would be staying at the club.

Sarri, who has replaced Massimiliano Allegri, added that he would have to leave out at least six players from his Champions League squad to meet UEFA size requirements.

‘I can talk about Paulo all I like, but the market goes in a certain way and then whatever I say counts for nothing,’ Sarri told reporters. 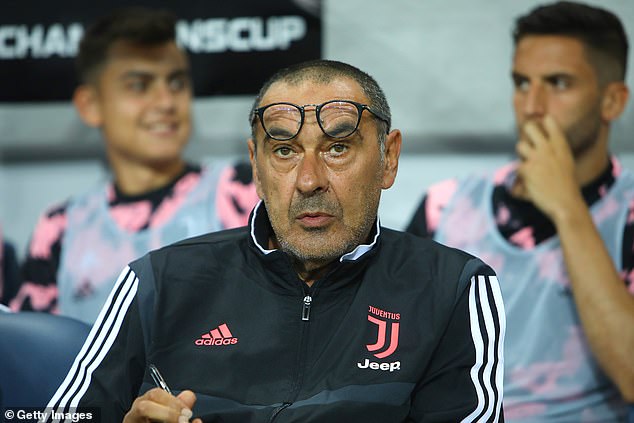 ‘I think he has the right characteristics to play as a false centre forward. But in any case, we have to cut six players from the Champions League list.

‘Our situation is difficult, almost embarrassing, because we run the risk of leaving out players of a really high level.

‘It’s a situation we have to resolve and it is not just about the decisions made by coach or club.’ 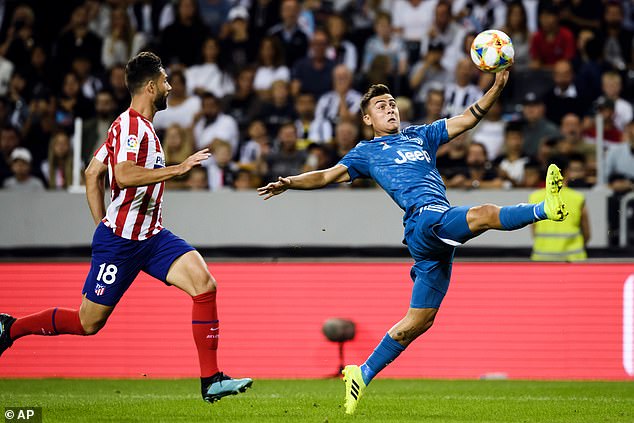 Dybala has been a target for Manchester United and Tottenham among others, and Paris Saint-Germain are the latest club to register their interest.

The Argentine has been offered £11million per season to come and play in Paris.

Atletico Madrid came out on top in the match, as £113million wonderkid grabbed a brace, giving the Spaniards the International Champions Cup victory.