Juventus boosted their top four hopes as they climbed to fifth in Serie A after a 2-0 win over Cagliari but Wojciech Szczesny insisted there is still room for improvement.

The Bianconeri goalkeeper kept a clean sheet as Moise Kean and Federico Bernardeschi struck in each half to see off the Serie A strugglers.

Juventus appear to have resolved their early-season defensive woes as they have conceded just two goals in their last seven games. 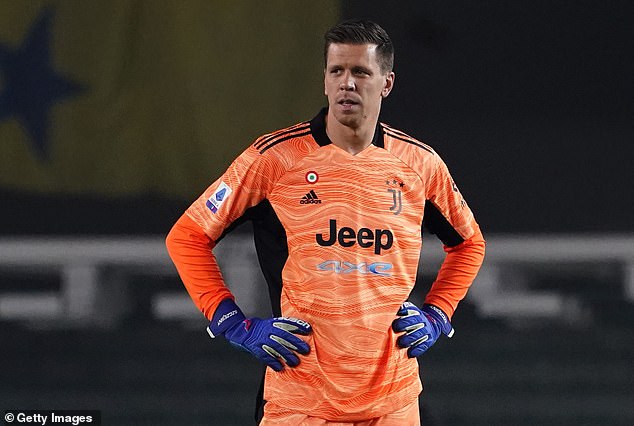 But the Poland international was not satisfied with the performance on Tuesday night claiming his side play too arrogantly.

‘We worked hard, but I think there’s a lot we need to improve still, both in defence and upfront,’ Szczesny told DAZN, via Football Italia.

‘Sometimes at 1-0 we relax and sit a bit too deep, but that’s not good in the long run, we play arrogantly in those situations and I don’t like it.’

The visitors had two huge scoring opportunities to equalise before Bernardeschi’s late goal sealed the win for Juventus. 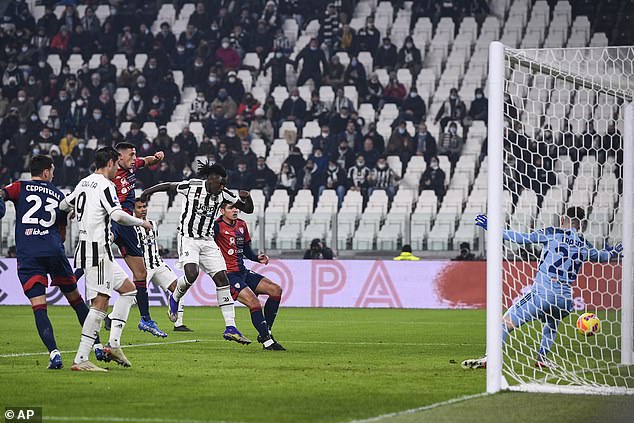 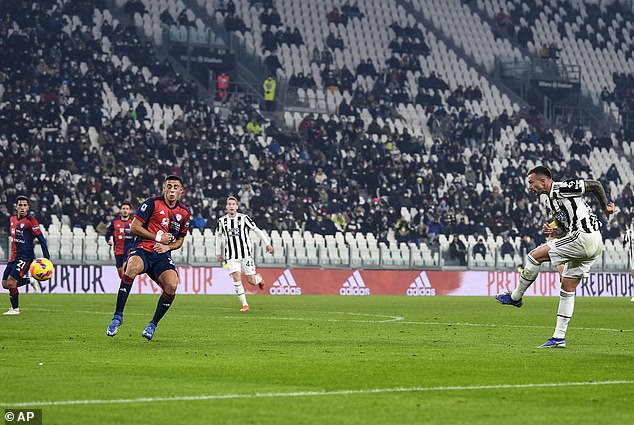 Loanee Dalbert failed to make full contact on a cross from six yards, before Szczesny’s quick reactions saw him save an effort from Joao Pedro.

‘It happened many times, including in Venezia when we conceded,’ Szczesny said.

‘We sit too deep in the second half, we can’t keep lowering the level of intensity for 10-15 minutes every time.

‘It went alright today, but we dropped two points against Venezia, so we can’t keep doing that.’

When asked how he would rate his fingertip save from Joao Pedro’s header out of 10, Szczesny responded: ‘I think six. It was pretty central, so not that difficult.’ 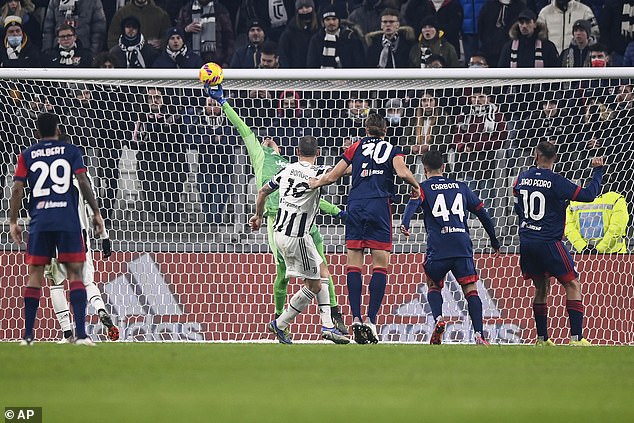