‘He is the best defender in the world’: Juventus star Giorgio Chiellini calls Real Madrid centre back Sergio Ramos the world’s greatest

Ramos, 32, has won everything a player can win in Spain with the European champions and the national side, including four Champions League titles and a World Cup.

Juventus stalwart Chiellini has also been regarded among the world’s finest defensive rearguards but the Italy international distanced himself from claims that he is the best around – pointing to Ramos instead.

Real Madrid’s Sergio Ramos is the best defender in the world, according to Giorgio Chiellini 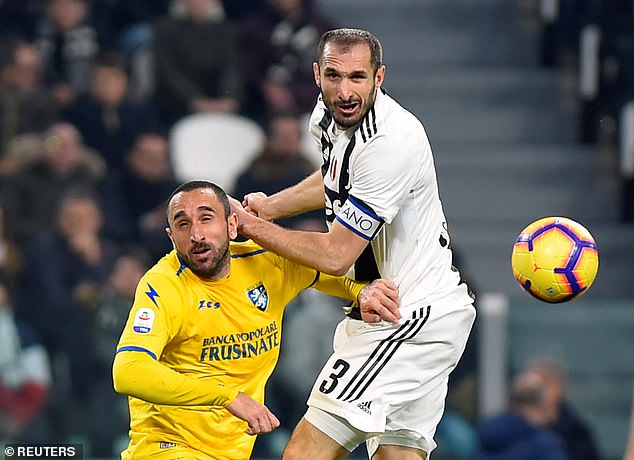 ‘No, not really,’ Chiellini told Marca after being asked if he thought he was the best defender in the world.

‘I already said it before our tie last year,’ he added when asked about Ramos.

‘Now he even takes the penalties. He is the best defender in the world at this time and he is deservedly so.

‘He hardly makes mistakes and if he does one, it is because we are all wrong.

‘He is a leader, both on the field and off it. He is one of those players who can influence both teams.’

Ramos is currently enjoying his best goalscoring season in a Madrid shirt, with 11 goals already to his name – making him the club’s third highest goalscorer behind Karim Benzema and Gareth Bale this year.

He was sent off against Girona in a shock 2-1 defeat on Sunday and the former Sevilla defender also controversially picked up a yellow card against Ajax last week.

He reportedly got himself booked on purpose in order to miss the second leg of their last 16 Champions League tie. 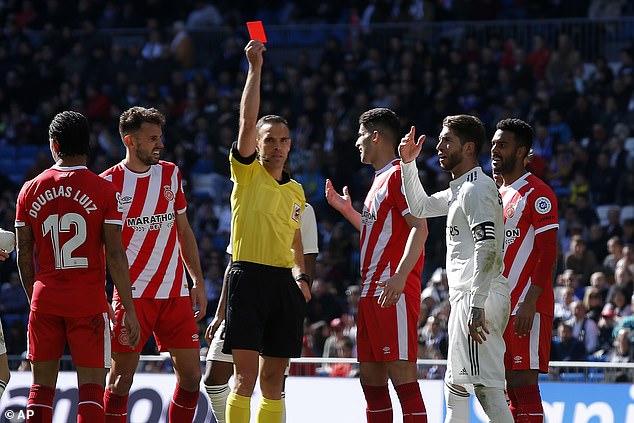 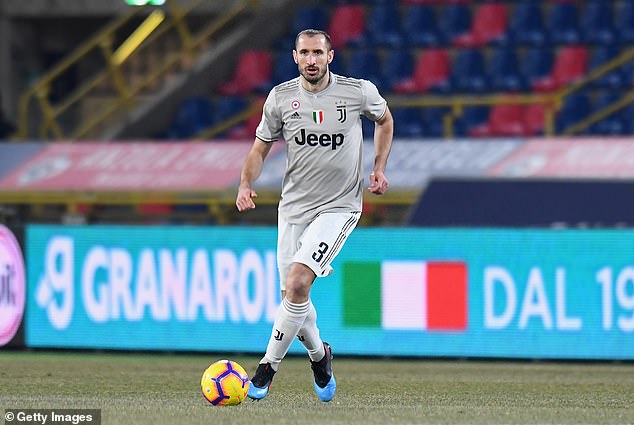 Juventus begin the knockout stages of Europe’s elite competition against Madrid rivals Atleti at the Wanda Metropolitano on Wednesday.

And Chiellini believes there are many Italian characteristics to Diego Simeone’s side.

‘I think Atletico Madrid are more Italian than Spanish,’ he added.

‘In terms of mentality and approach to games, they’re closer to our football. Simeone is ready to line up four midfielders to stop Juventus: Rodrigo, Thomas, Saul and Koke.

‘I hope to return to this stadium for the Final on June 1.’