‘Everything went perfectly well and I’ll get back to work after a short rest’: Sami Khedira set for Juventus return in a month after successful therapy for irregular heartbeat

Juventus are set to be without midfielder Sami Khedira for a month after he had treatment for an irregular heartbeat.

On Tuesday it was announced that Khedira would miss Wednesday’s Champions League last-16 first leg at Atletico Madrid due to an atrial fibrillation diagnosis.

Atrial fibrillation is a serious condition that can lead to blood clots, stroke, heart failure and other complications if left untreated. 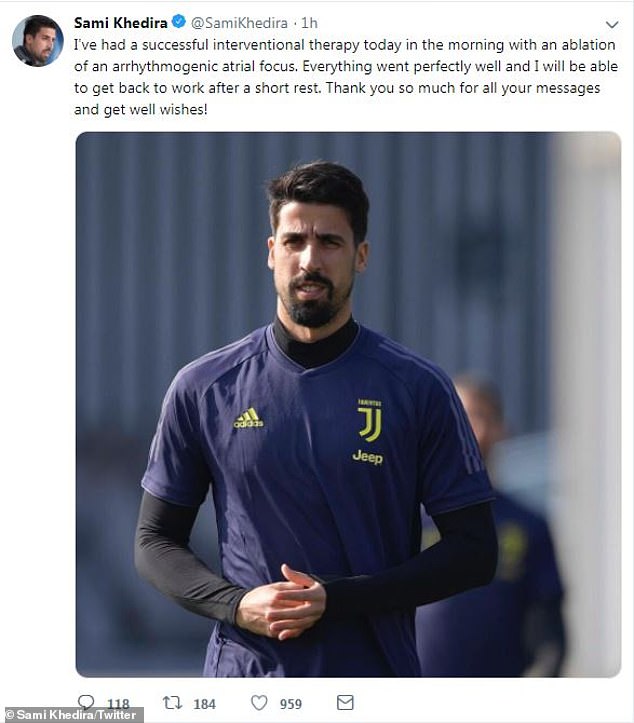 However, in positive news Khedira underwent successful treatment on Wednesday.

‘Today in the morning the player Sami Khedira underwent electrophysiological study and successful interventional therapy with ablation of an arrhythmogenic atrial focus, performed by professor Fiorenzo Gaita, J|Medical cardiologist consultant for Juventus,’ the Italian giants announced in a statement.

‘After a short period of convalescence the above mentioned player will be able to resume his activity approximately within one month.’

Later on Wednesday, Khedira, who had trained as normal with his team-mates on Monday and Tuesday, took to social media to confirm that the treatment had gone well. 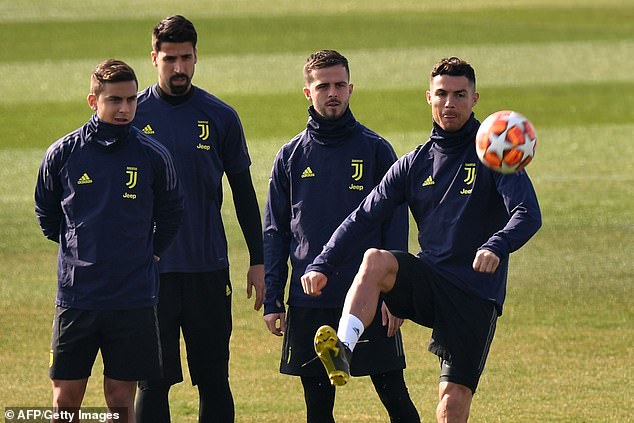 ‘I’ve had a successful interventional therapy today in the morning with an ablation of an arrhythmogenic atrial focus,’ he tweeted that evening.

‘Everything went perfectly well and I will be able to get back to work after a short rest. Thank you so much for all your messages and get well wishes!

‘A big thank you to Prof. F. Gaita as well. Now I‘m wishing my team mates all the best for tonight’s game in Madrid @juventusfc @ChampionsLeague.’

Khedira has played only 15 times in all competitions for runaway Serie A leaders Juve this season due to injuries.

Despite training, he has not travelled with the rest of the squad to face Atletico Madrid next 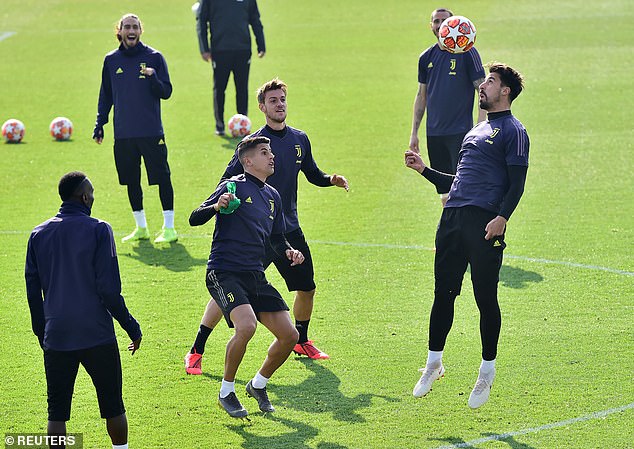